Graphic 1: Chinese stocks started the week with a resurgence 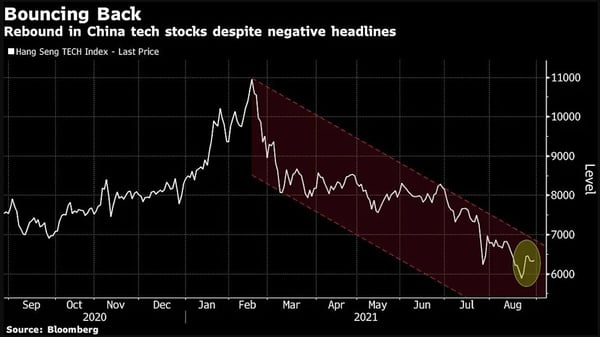 Whatever this is, the Chinese tech sector is now looking like a bargain which will surely continue attracting more investors. 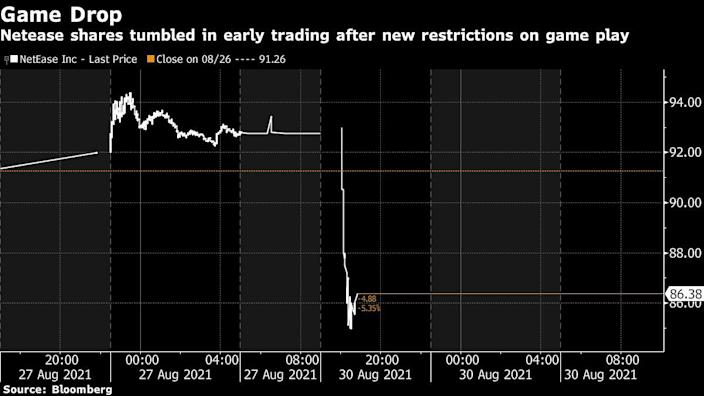 China prohibited children from gaming for more than three hours most weeks, a huge increase in restrictions that will hit the world's largest mobile gaming business, as Beijing signals it will continue its push to limit the growth of large internet companies. According to a notice from the National Press and Publication Administration, gaming platforms from Tencent Holdings Ltd. to NetEase Inc. can now only sell online gaming to minors from 8 p.m. to 9 p.m. on Fridays, weekends, and public holidays. 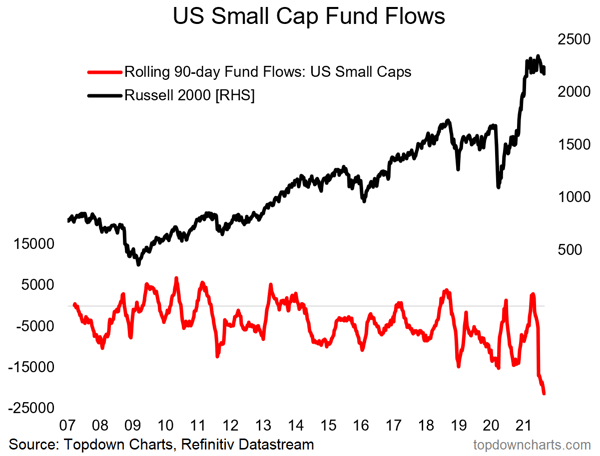 Outflows from small cap funds hit a recent record according to this data, yet the index has stayed flattish within the range. Seems very bullish if people start to allocate at least a small bit of funds to small caps again and some buying resumes.

This move was led by stocks in the Banks and Capital Markets, which were up +7.27% and +5.78%, respectively. The Banks industry is up by +8.68% over the last 1 Month, with 69.28% of the underlying stocks seeing gains. Among large and mega cap stocks in this industry, the top performers were Huntington Bancshares Inc and Bank of America Corp, which were up +11.15% and +10.77%, respectively. 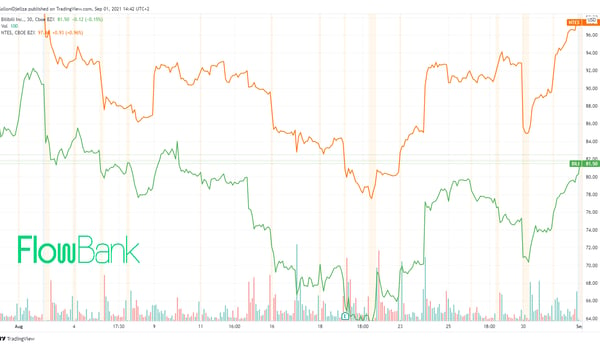 Despite new laws limiting gaming time for youngsters under the age of 18, major Chinese gaming stocks surged on Wednesday. Bilibili's Hong Kong-listed shares rose 6.25%, while NetEase rose 6.42%. Tencent, on the other hand, gained 1.5% on the day. The new laws are unlikely to have a significant financial impact on China's gaming companies.

Graphic 6: Manufacturing in the U.S. is expanding at a faster rate, albeit growing backlogs 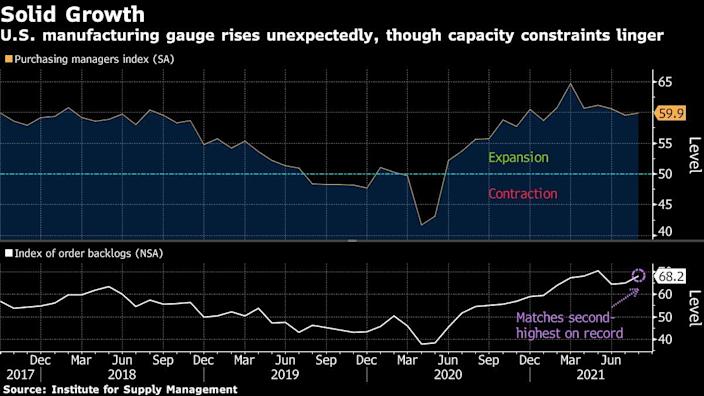 Manufacturing in the U.S. grew faster than predicted in August, owing to higher orders and output increases, as well as mounting backlogs due to global supply chain issues. According to data issued Wednesday, the Institute for Supply Management's index of manufacturing activity to 59.9 from 59.5 the previous month. Expansion is indicated by readings above 50. According to a Bloomberg poll of analysts, the metric is expected to decrease to 58.5
.

Graphic 7: Constant new all time highs during August tends to call for ''worry'' 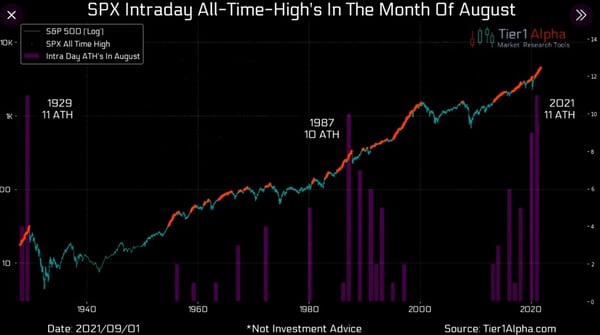 August proved to be a great month for new all time highs. Last time we had similar all time high counts was in 1929 and 1987. On both occasions the market decided to crash in October. Current melt up is playing out well and volumes are in implosion mode again. Ideally protection becomes cheap and traders can start tilting the book into some serious long premium plays/hedges/downside speculation. After all October tends to be volatile... 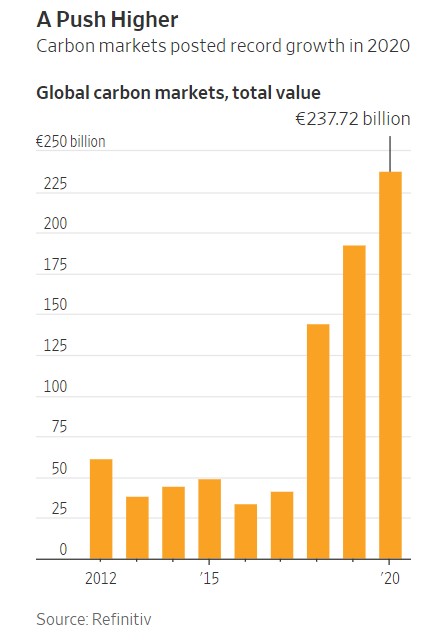 Big traders such as Vitol Group, the world’s biggest independent oil trader, and Glencore aren’t waiting. Privately held commodity-trading houses Trafigura Group Pte. Ltd. and Mercuria Energy Ltd. are beefing up their trading capabilities. The value of the carbon market could exceed the oil market’s value by 2030, possibly even by 2025 if swift action is taken and regulations are implemented. In July, Mercuria launched a carbon-trading desk of 13 people.

The US economy added 235K jobs in August of 2021, the lowest in 7 months and well below forecasts of 750K as a surge in COVID-19 infections may have discouraged companies from hiring and workers from actively looking for a job. Most jobs were created in professional and business services. 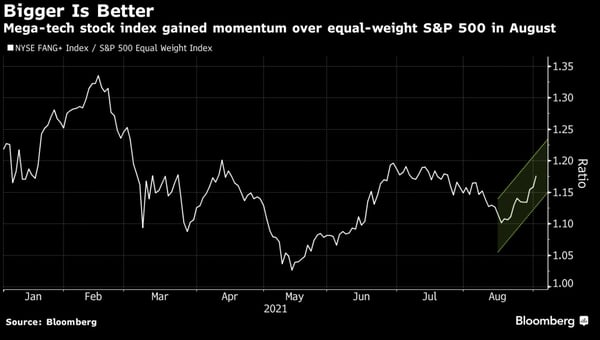 Megacap firms rallied to a record levels as traders turned to defensive shares after the latest round of economic data signaled a slowdown in the labor market. It might still be too early however to get bearish on the market. Strong earnings and fiscal stimulus means stocks can run higher for longer.