In Q2, investors feared wages and inflation would be ‘’too hot’’. In Q3 some worry GDP won’t be hot enough if earnings peak and reopening stalls... We explore elements of the second half you should know about, be excited about and be weary of.

5 reasons to be bullish:

5 reasons to be bearish:

Some context before going into H2 2021

Many things have already happened this week that have been both hair raising and appeasing. Of course, it all depends on the market we’re looking at, with Bitcoin still not recovered from its falling fate and markets reversing their course we’ve got to keep a cool head. But the fact is simple: generally speaking, in financial markets, a good first half is often followed by a good second half. So what should we be aware of for H2?

First, the S&P 500 returned 15% in the first half of 2021, which is also better than the historical average of 8%. Typically, years that begin well tend to end well, too. This is what the graph below indicates, where the data dates back to 1871.

Second, sell-offs can occur anytime, and this week on Monday was an example. However, today the markets are back on the rise which implies that the next big correction could be, like yesterday, a buy to dip opportunity. This implies that investors are generally bullish for H2, perhaps because of the point made above.

Third, in Q2, there was a lot of fear around inflation because people said there was too much stimulus, too quick a reopening, overbought positions and overvalued equities. However, real asset selloffs have told an inverse tale. Just take lumber as an example. Maybe inflation is transitory! Lumber prices have crashed back down to normal, and a bunch of commodities are seeing bearish markets. Think pork down being 30%, platinum 20% and even dr. copper falling 17%.

So what might be closer to the truth is a cooling down of GDP in H2, specifically because of reopening stalls putting brakes on production and consumption. Next, we look at reasons to be bullish, and then we balance that out with some sobering bearish remarks. By the end of this article, you will feel more informed about investing in H2. 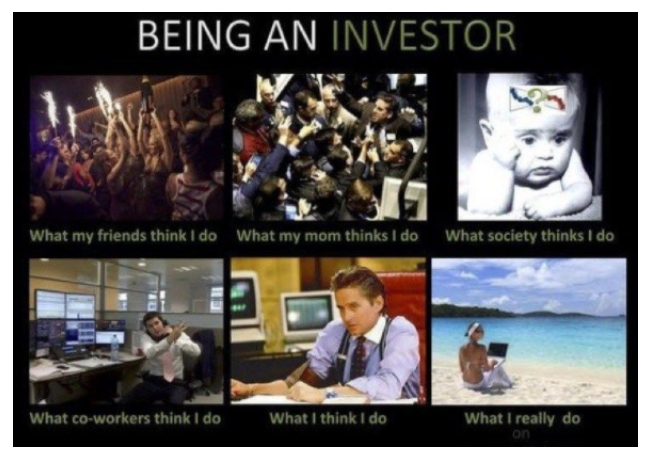 They have extra cash and this is made ever more clear by the famous deposit to loan ratio crashing at big banks. Bank of America has stipulated that households have $2.5T of excess cash, but that the most important question is how is this money going to be allocated. As an investor I ask myself this question too, because it makes sense to want to predict where the cash goes in order to capitalized on a stock pop.

The reality is that in America at least, there’s a major wealth inequality paradigm, a paradigm made only more clear by the fact that 70% of the surplus is said to be held by the wealthier population, a population that saves more and spends more slowly. In fact, savings rates today at a 40 year record high. With savings, the wealthier groups tend to spend more on stocks than goods and services, which is good for some stocks.

Credit markets could be set to surge. We talk more about this in our bank stocks article but the idea is that bank lending reached a low in May relative to deposits and loan growth has fallen. But, we’re seeing an inflection point and perhaps even upwards reversal. So we have large balance sheets at the Fed instead of seeing cash being lent out and corporate bonds seeing a nice jump. What all this dry powder means is that as employment stabilizes and the long awaited capex boom slowly rolls out, lending should pick up steam.
Congress, the fed, policy:

Policymakers could keep the weather tempered for investors. So far, the news basically is that the big infrastructure deal just won’t be that big, afterall. Materials in the short term might see more bears than bulls and actually, the whole infrastructure program may already be priced in to stocks that would benefit from the spending, a sad reminder that playing the recovery, was a game best played earlier last quarter.

In all this bad news comes good news though: the Chinese central bank has surprised markets in the second week of July with a cut to its reserve requirement signaling more liberal capital markets in the coming quarters. The fed remains steadily cautious not to raise rates, at least not until 2023 and we know that raising rates hurts stocks because it means less spending money and les lending.
Technology, or at least Big Tech:

Tech is making a comeback: they have more pricing power than manufacturing companies and consumer producer companies. Also look at the graph below where the Russell/NASDAQ keeps falling as yet another angle for this. The ecosystems big tech firms have generated keep cashflows high and consumers interested which in turn keep the stock churning. This is good for earnings reports and stock performances further adds NYU’s Damodaran.

A word to wise however that not all tech is doing great—Big Tech is doing great. Removing mega cap stocks, results in nothing more than ‘’expensive software’’ and high growth that underperforms the S&P500 by 5%. Chinese ADRs are also underperforming the market, mainly due to government scrutiny more so than fundamentals.

Why don’t economists seem to be worried by rising debt? It is because looking at Debt-to-GDP is not really the best metric to look at to understand the weight of debt on society, at least in the US. Economists Summers and Blanchard have stipulated instead that if one assume that a debt is never repaid while keeping interest payments the same, one can keep borrowing pretty much endlessly. This has made the case for much higher levels of deficit spending. Interest rates remaining low, is relatively important in keeping this paradigm running. 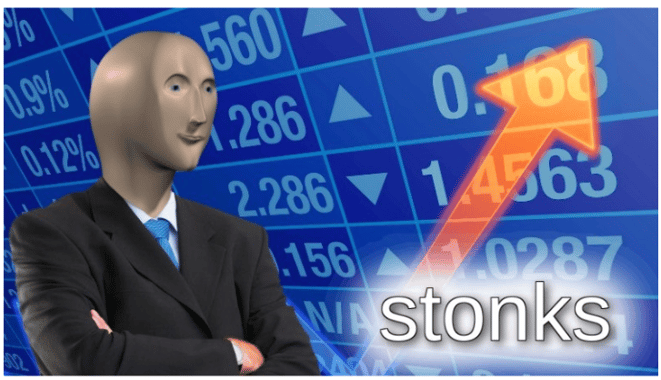 Delta variant is on the horizon:

It introduces a risk that is hard to quantify, but this article would be missing the point not the mention the situation ahead is heavily dependent on controlling this strain. There is a new bearish scenario to pay attention to: the economy has reached its speeding limit, a peak so to speak. If one adds the spread of the delta variant to the tighter monetary policies for fear of inflation, one could worry that markets might have gone too far. In other words, either the S&P500 corrected 2% Monday, and it is temporary and on the back of cyclical stocks, or real dividend yields continue their fall from grace henceforth: 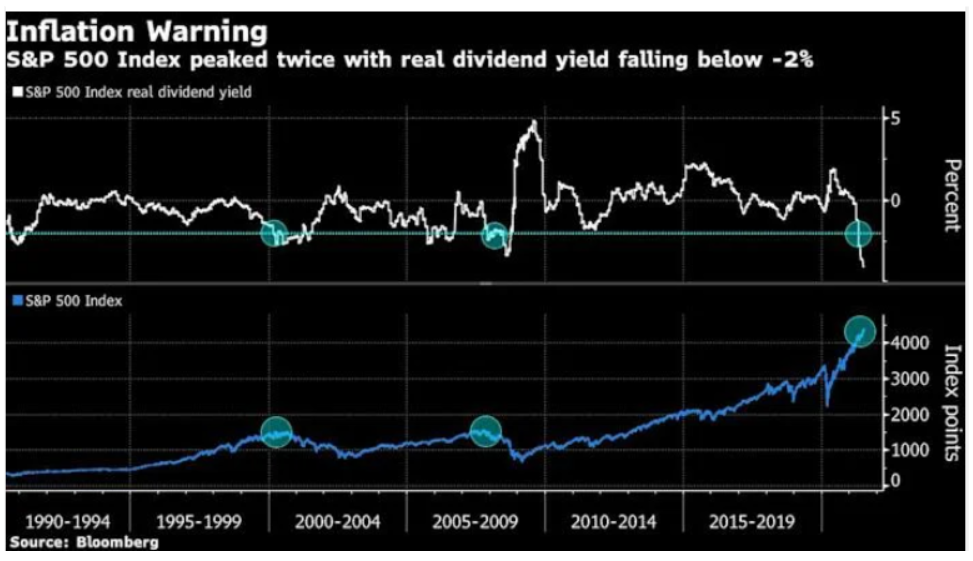 Inflation-- it's is hardly good for stocks:

Some companies can do well with inflation, but historically speaking a larger proportion of stock do poorly. Whenever unexpected inflation has reared its head, says Aswath Damodaran, ‘’stocks have been hurt every single time’’. For stocks to rise, inflation falling is very important. Stocks are priced richly. Everyone talks about stocks being very close to their all-time highs as some type of warning