Typically the vice presidential debate - this time between current VP Mike Pence and Senator Kamala Harris - is a sideshow - but maybe not this year - and it could be a mover of financial markets!

Why this VP debate matters

Donald Trump has said he will take part in a second debate, but we will know in a few days whether his health will really allow him to. That means - especially given the lack of campaigning - that the VP debates could be the only thing happening!

Throw on top of that the uncertainty over whether US lawmakers can agree another stimulus bill before the election and more market participants could be tuning in than normal.

The additional risks posed by infection with the coronavirus to the President due to his age (74) makes the role of Vice President Pence more important. Should Donald Trump be incapacitated, Mike Pence as VP takes the helm of power. The President being ill with a deadly virus makes Pence a much more important part of the voting dynamic than he usually would be.

Equally former VP Joe Biden - who has tested negative for COVID-19 in recent tests - is arguably at even greater risk from the coronavirus at the age of 77. Were Joe Biden to complete a full two terms as President, he would be 85 pushing 86-years old. Ronald Regan is the oldest serving US President. Regan was 77-years old when leaving office- the same age as Joe Biden beginning his first term. Based on age of the candidate, Kamala Harris is the most probable Vice President ever to become the actual President during her term.

Who will win the VP debate?

There are no opinion polls on who the public prefers between Vice-presidential candidates. Naturally, the only polls of interest are on voting intention. But in so far as the ideas that voters have a choice of the Biden/Harris ticket or the Trump/Pence ticket - the polls heavily favour the former.

The Trump/Pence ticket could really do with a strong performance from Pence on Wednesday evening.

Advantages for Pence - He is a veteran politician who has been on the frontline for four years and because of his work will be familiar with the policies and duties of a VP in the White House. He has of course already participated in the 2016 VP debate against Tim Kaine. In that debate most commentators said he ticked all the boxes as a robust, loyal VP - even amidst many difficult accusations against candidate Trump.

Disadvantages for Pence. Trump put Pence in charge of his ‘Coronavirus task force’ - in effect giving his deputy control of the White House handling of the pandemic. It is for scientists and epidemiologists to debate how America could have defended itself better from the coronavirus - but with over 200,000 American lives lost - Pence has a lot to answer for as the man in charge. 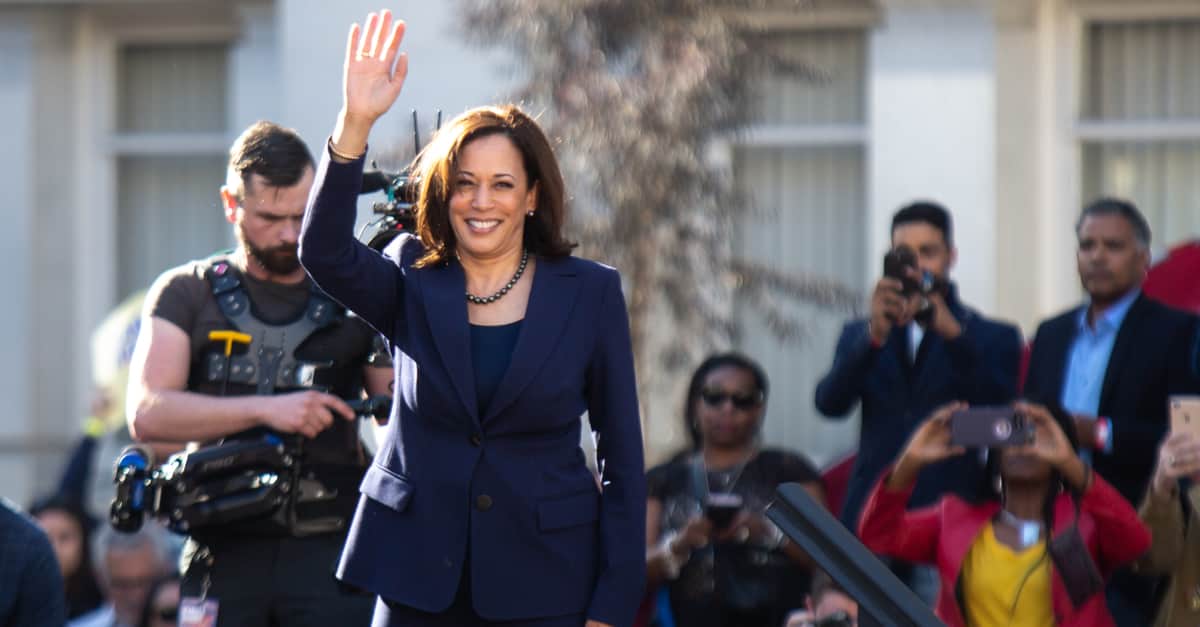 Advantages for Harris - She is a relatively fresh face and is stepping onto the national stage for the first time. Harris became a Senator in 2017 after being California’s attorney general, meaning a very quick ascension to power. America is desperate for its first female President - and if Harris gets it right in the debates - her chances of being that person increases greatly.

Disadvantages for Harris. Inexperience at the highest levels of politics on stage with an accomplished and skilled opponent is a challenge for Harris to overcome. Americans do not know her, which can be a advantage but equally makes it harder to show a consistent message.

How will markets react?

There is a growing consensus that a Democratic sweep - meaning Democrats running the White House, Senate and House of Representatives could be the best outcome for the stock market. There is not a lot of foundation to this view - but it is supported by polling consistently showing Biden ahead and rising stock markets - September correction aside.

The idea now in markets is that a Joe Biden White House means more fiscal firepower than a Trump White House. This is important when interest rates are at record lows and the Federal Reserve is almost out of ammunition. Equities should respond positively to what higher government spending means for economic growth - and domestic / small cap companies stand to benefit some of the most.

Still, the caveat is that while Pence is a fiscal conservative - Trump isn’t - and there is a pandemic to cope with. So higher government spending is likely next year, whichever candidate wins.

The long term trend in the US dollar has a lot more to do with interest rate differentials as directed by central bank policy - but in the short term can be shifted by US politics because rates are low across the board. Since central banks are manipulating interest rates - and by extension bond yields lower - possibly the only way for markets to price in further stimulus is through a weaker US dollar.