Story #1: “Short squeezes” drive unusual price action
It was a busy earnings week for Wall Street with the release of US GDP Q4 numbers and 37% of the S&P 500’s market capitalization due to post quarterly financial results. But most of the market and media attention was on the unusual fluctuations in the prices of certain U.S small & mid cap stocks which surged on a massive short squeeze move. Encouraged by investors forum such as TheWallStreetBets on Reddit, an army of retail investors collectively targeted stocks with high percentages of short interest through buying the shares or call options. GameStop, a video game retailer, and movie theater operator AMC Entertainment were two of the heavily shorted stocks that experienced short squeezes, causing huge price gains and major losses on short positions. The price moves and volume reached outstanding levels. For instance, GameStop started the week as a small-cap to finish as a large cap (> $20 billion). Meanwhile, the stock traded $100 billion worth of shares this week, which was more than Apple and Amazon and 2,000x its average.

Story #2: Retail investors go after the hedgies
According to media reports, major hedge funds were among the short investors, and they sold out of other stock positions to cover their losses. Short sellers are sitting on estimated losses of $70 billion from their short positions in U.S. companies so far this year, according to Ortex. The hedge fund Melvin Capital had no other choice than to accept a $2.75 billion credit line by Citadel and Point 72. A tug of war between Wall Street giants and some retail investors became apparent when the online trading platform Robinhood decided to block the buying of shares such as GameStop or AMC. As Citadel is their largest client, some retail investors pointed out a potential conflict of interest and sent some class actions against Robinhood. The situation was compared by some media as the "Arab spring" of Financial markets. Meanwhile, a 34-year old youtuber nicknamed "RoaringKitty" and who is behind the Reddit forum TheWallStreetBets claims to have turned a $55k investment in GameStop into $48 million.

Story #3: Major equity indices dropped amid higher volatility, volumes
U.S stocks declined sharply (-3%) for the week amid much higher volatility and trading volumes. Large-cap indexes generally held up better than mid- and small-cap shares. On Wednesday, equities posted their worst day since October, with the S&P 500 Index falling almost 2.6%. Total trading volume hit a record high of 23 billion shares on Wednesday, a huge jump from the year-to-date average daily volume of about 14 billion. This short-selling activity appeared to drive much of Wednesday’s steep decline, although the firm’s traders also noted that generalized worries over elevated valuations in the market may have encouraged some profit-taking. Stocks recovered a portion of their losses on Thursday after some online brokerages restricted buying in certain stocks.

Story #4: Fed policy meeting takes a back seat, U.S GDP Q4 in-line with expectations
Amid the dramatic swings caused by short squeezes, the Federal Reserve’s January policy meeting took a back seat in terms of market focus. In the Federal Open Market Committee’s statement and in Fed Chair Jerome Powell’s post-meeting press conference on Wednesday, policymakers reinforced the message that the economic outlook remains uncertain and that it will be some time before the central bank begins to taper its asset purchases. The government also reported that overall economic growth slowed considerably in the fourth quarter. Gross domestic product (GDP) grew at an annualized rate of 4.0%, in line with expectations, compared with 33.4% in the third quarter.

Story #5: U.S Treasuries benefit from risk aversion
Yields on intermediate- and long-term U.S Treasuries decreased slightly for the week. The yield on the 10-year Treasury note briefly reached 1.0% on Wednesday, benefiting from its status as a safe-haven asset amid the sharp drop in stocks, before increasing to finish the week.

Story #6: European shares fell amid worries that the economy could slow
Raging coronavirus pandemic and delays in the distribution of coronavirus vaccines triggered fears that the Eurozone economy could slow further. However, Germany, France, and Spain reported relatively resilient GDP numbers for the fourth quarter, spurring hopes that the eurozone might avoid a deeper recession. The German economy expanded 0.1% sequentially; Spain’s GDP unexpectedly grew 0.4% while France’s economy shrank 1.3% in the fourth quarter, an upside surprise relative to a consensus estimate that had called for a 4.1% contraction. However, due to continuing lockdowns, the German government cut its 2021 forecast for GDP growth to 3% from its previous estimate of 4.4%. Over the week, the pan-European STOXX Europe 600 Index ended the week 3.1% lower. Major European indexes also declined: Germany’s Xetra DAX Index fell 3.2% while the UK’s FTSE 100 Index lost 4.30%.

Story #7: Italy PM Conte resigns
Italian Prime Minister Giuseppe Conte resigned after losing a parliamentary majority earlier this month and struggling to attract support for his minority administration. His decision paves the way either for a new governing coalition or snap elections. Conte is expected to try to forge a new coalition, a scenario that could allow him to be reappointed as prime minister.

Story #8: Chinese stocks dropped amid fears that the PBOC would turn more hawkish
Over the week, the Shanghai Composite Index fell 3.4%, while the large-cap CSI 300 lost 3.9% as investors fear that the PBOC might restrain liquidity. Indeed, the PBOC drained USD 12.1 billion in liquidity from the financial system and a senior central bank official warned of potential asset bubbles. The yield on China’s sovereign 10-year bond increased by five basis points to 3.21%, reflecting concerns of monetary tightening on the horizon. Southbound equity flows from mainland China to Hong Kong reached a record high during the week, driven by a large number of mutual funds putting cash to work at a time when Hong Kong offered large arbitrage opportunities in Chinese dual-listed shares. Hong Kong’s benchmark Hang Seng Index hovered near a 20-month high, lifted by record inflows from mainland China via the Stock Connect program. In economic news, China reported that industrial profits rose 20% in December from a year ago and increased roughly 4% for the full year after a slight decline in 2019.

Story #9: Silver
On Thursday, “Reddit” investors suddenly turned their attention towards silver, with everything from silver miners, silver ETFs and the actual price of the physical metal itself soaring on frenzied retail buying. The SLV ETF saw inflows of almost one billion dollars on Friday, almost double the previous record inflow for this 15 year-old ETF. Over the week-end, Reddit user 'TheHappyHawaiian' posted the following thesis on buying silver noting that "the worlds biggest short squeeze is possible and we can make history."

Story #10: Bitcoin surged 15% as Elon Musk added Bitcoin to his bio on tweeter
On Friday, Bitcoin soared 15% on Elon Musk adding #bitcoin to his Tweeter bio. Altcoins surged as well. The craziest move of the week was for sure on DogeCoin, which surged 800% on Thursday night, hitting $8.5 billion and surpassing Litecoin market cap. The reason? Elon Musk tweeted a picture of whippet… 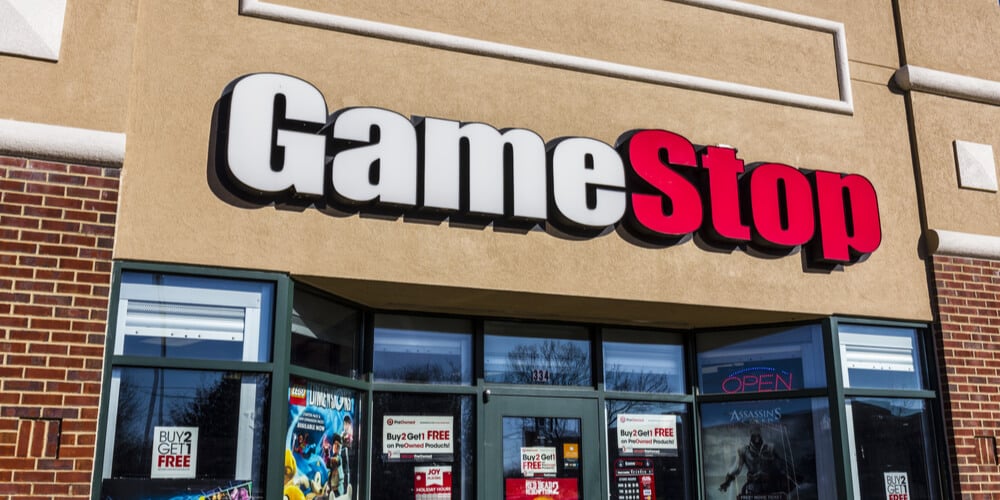