What is MACD? A MACD trading strategy example

An explanation of what the MACD trading indicator is and a guide to using the MACD as part of a day trading strategy.

Like all technical indicators, the settings of the MACD can be changed to different time periods but traders tend to prefer the defaults. The defaults are 12 and 26-periods for the EMAs, with the signal line as a 9-period EMA of the MACD line.

How to read the MACD indicator

There are two important ways to read the MACD indicator.

This is because the MACD tends to oscillate between positions of being overbought when it will form a peak to positions of oversold when it forms a low. 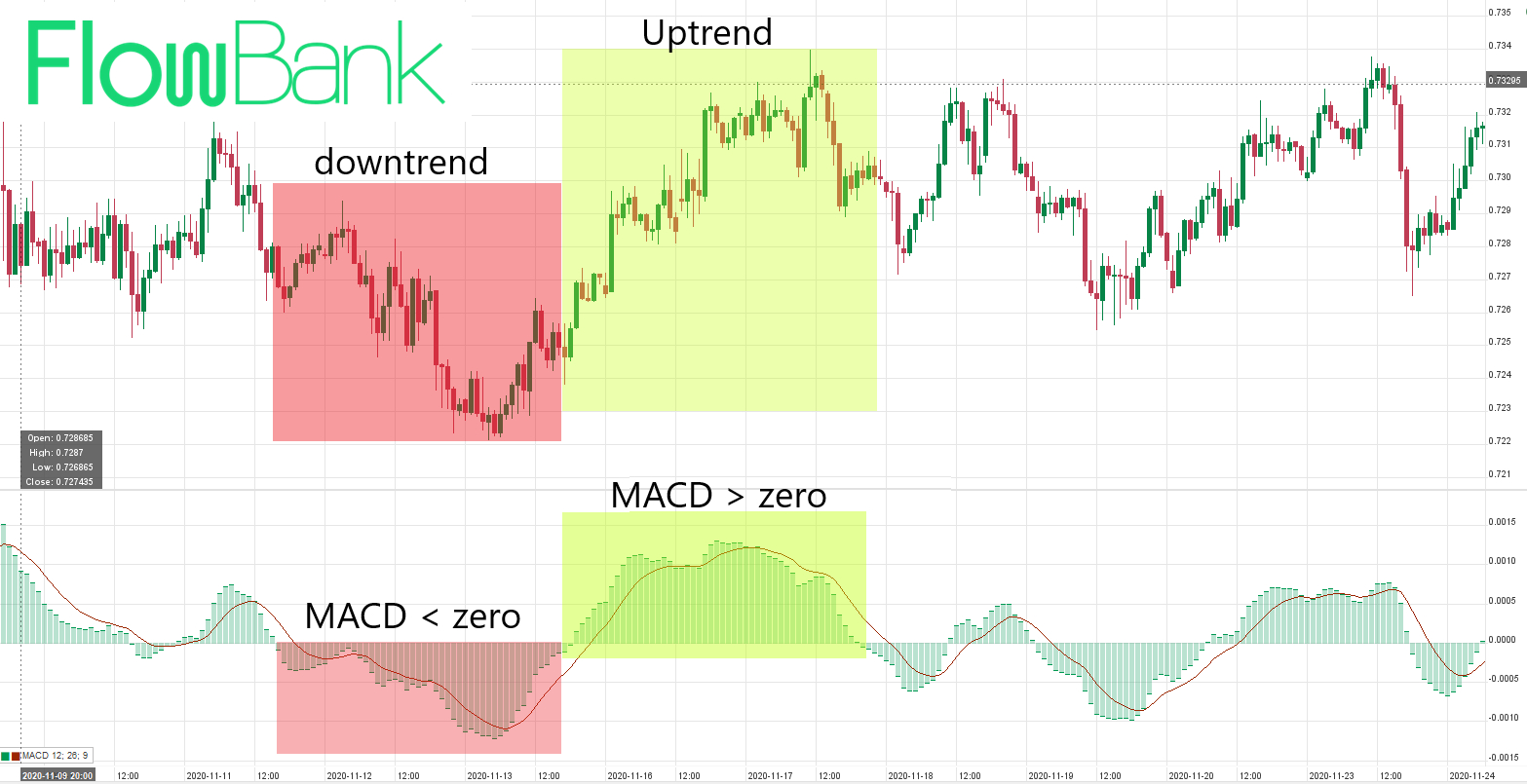 A trader can use this information on MACD divergence as part of a trading strategy to determine the direction of the market. Traders using a trend following system would only buy when there is a MACD line crosses above the zero line while traders using a mean reversion system would only sell. Likewise trend followers would want to sell while the MACD is below zero and counter trend traders would be looking for trading opportunities to buy.

Each of the two ways of interpreting the MACD have their disadvantages.

There are ways to mitigate these downfalls of the MACD such as waiting for the MACD to go overbought or oversold for a second time - forming its own double top. Or by only trading in the direction of a longer term trend, as done in the following example strategy. Furthermore, you can use other technical analysis as MACD is a short-term indicator.

The rules of any day trading system must be clearly defined and easy to follow. This systems is known as the MACD crossover. The rules to this example trading system are as follows:

LONG/SHORT: Take long MACD signals when price is above the 200 period-moving average

ENTRY: Buy when the MACD crosses over the zero line

EXIT: Sell at a profit or loss when the MACD crosses below the zero line

Here you can see an example of the strategy at work: 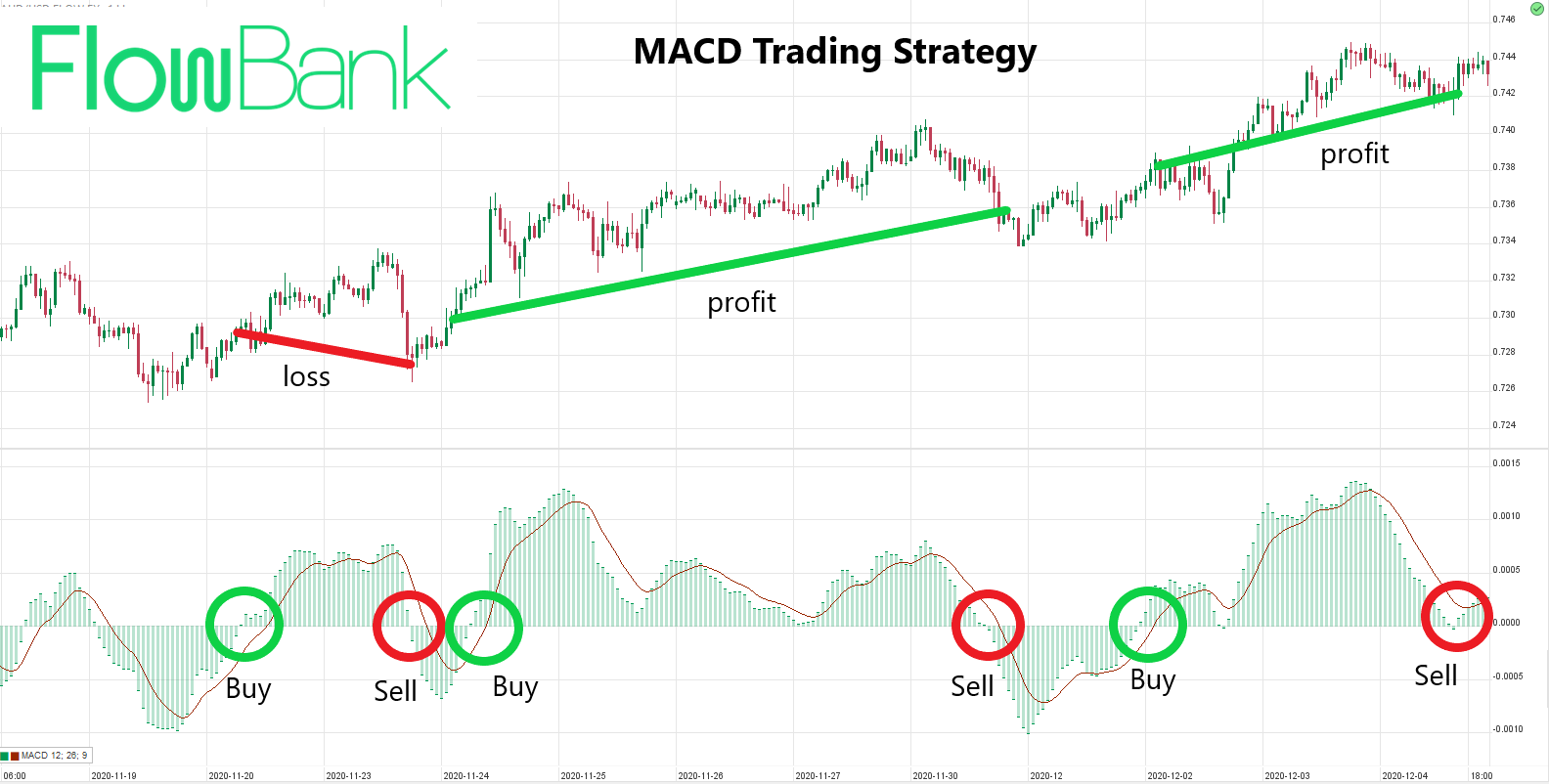 How this system works is that it aims to buy when the MACD confirms the price is moving from a down-trending environment to an up-trending environment. It then aims to ride this uptrend as long as possible before selling when the MACD signals the price is moving back into a downtrend. There is also the additional criteria that the price should be above the 200-period moving average to avoid taking trades against the direction of the major trend.

This is the outlines of a trading strategy that does not include important elements like which markets and timeframes to trade and risk management rules such as cutting losses over a certain size etc. The strategy can apply to any market, timeframe, or risk management strategy so long as the rules are consistently followed.

I hope this was useful, please make sure to read our next guide: