There is a difference between a critic of all SPACs, and a sobering look at how SPACs actually make (or lose) money. While some SPACs perform well, many dilute shares through redemptions and investors along with them. #Know-what-you-buy.

A history of SPACs and performance…

The number of SPAC IPOs since 2009 has grown from one deal in 2009 to a cumulative 660 deals today. The blue line on the graph below represents the weight a year has on the cumulative number of deals. The first year had one deal thus representing a weight of 100%--not very significant data. Between 2012 and 2019, the number of new SPACs was flat where each year the weight of new deals represented a quarter of all deals ever done up to that point. The second inflection point occurs after 2019 in 2020 when the number of deals blows up to 248 which represents 52% of all SPAC IPO deals ever made! 2021 only just started a couple of months ago, yet we already saw 186 deals which is 28% of all deals ever made. 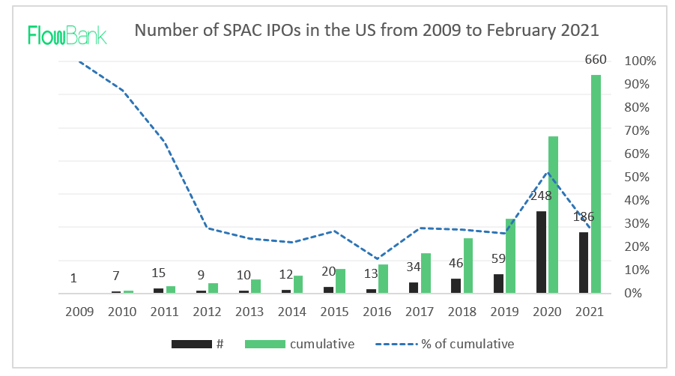 Here are the best performing SPAC returns ended December 30th, 2020 with a table summarizing this part below.

If you want to invest in SPACs but feel uncomfortable with full exposure you can diversify away your risk and buy shares of a SPAC ETF. One ETF called the SPAC and New Issue ETF, by the ticker SPCX, offers just that. The expense ratio is 0.95% for an actively managed portfolio of SPACs. The fund will invest in pre-merger SPACs (the blank check company right before it acquires a startup). Some of the current investments include famous SPAC Churchill Capital IV (which saw a major crash recently), Seven Oaks Acquisition an ESG SPAC, and some of Chamath Palihapitiya’s SPAC including IPOD and IPOF.

The top holding is in the Starboard Value SPAC which announced taking Cyxtera public last week. Sometimes a SPAC exists without having a clear target company, so when you buy this sort of ETF the risk is not knowing exactly what you are buying, and what kind of deal will come out of the post-merger. As a general rule of thumb, Warren Buffett suggests only buying products you understand thoroughly well.

Know what you buy when investing in SPACs

As a retail investor you can invest in a SPAC through units, or warrants. Units are usually bought after a SPAC goes public i.e. right before it mergers with the startup, and is designated by a .U after the ticker symbol. Units come with a share of common stock and a smaller portion of a warrant. Buying warrants (found as ticker.W) gives an investor the opportunity to buy a share of stock later at a pre-agreed price. Warrants are derivatives, but in a SPAC deal they come with caveats.
Warrants in SPACs are not usually exercisable for some time, usually 30 days after the merger or at its twelve-month anniversary. Warrants can seem like arbitrage opportunities in SPACs. The price volatility seen when a merger is announced, but not yet done appears like an opening. However, warrants often come with provisions either forcing them to be exercised at certain events, or redeemed for cash leaving investors in confusing situations. The reason for the confusion is related to the highly dilutive nature inherent in the SPAC structure.

Who bears the cost of a SPAC IPO?

There are three sources of dilution in a SPAC structure. First, the sponsor compensates themself with shares equal to 20% of the post-IPO equity. Second SPAC shareholders that redeem their shares for cash get to keep their warrants for free and third before the merger, when the SPAC IPOs, the SPAC must pay a fee on the IPO proceeds. Redemptions are probably the most dilutive because as investors cash in before the merger, less of the shares available to the public are backed up by cash. Often, the shareholders get the shorter end of the stick while the target company gets an even deal. If the target and SPAC shareholders were to break even the merger must create enough surplus to fill the hole through a super successful IPO.

According to a study conducted by law professors from NYU and Stanford, SPACs with lots of shares not backed up by cash (low cash per share) see large post-merger price declines. In other words, if you are buying a SPAC with a lot of shares redeemed before the merger, you will get squeezed without knowing why. How to avoid this? Look for ‘’high quality’’ sponsors, meaning highly reputable and experienced CEOs, executives, or high-profile individuals like leading the deal. The reason for this is because their structures are often times less dilutive, and they stay engaged in the post-merger company longer afterwards.

When to buy: SPAC Investment timing

Retail investors beware. What is appealing about a SPAC is that you can act as an institutional investor would in primary markets. This offers retail investors their moment to gain from the IPO ‘’pop’’ that comes from the merger. However, while this can be an opportunity it does not come without risk. Remember that you are first and foremost buying the sponsor, and not necessarily the target company. If the deal, management team, or strategy does not appeal to you, you should not buy into a SPAC simply because others are, or the media makes you feel a certain way.

You do not get the same warranties institutional investors get from traditional IPOs in SPACs, and you can get burned if the deal terms discount the sponsor’s IPO raise i.e. if the market capitalization is lower than the cash sitting in the SPACs trust account. Just look at what happened with the Churchill SPAC, how many retail investors bought at a high point only to get burned because the deal was not favorable? The deal valued Lucid at $24 billion but with the sponsor’s ownership of just 16% of that, the $15 billion raised in public markets far out weighted the upside which saw shares crashing.
You can buy pre-deal, make some trades on the volatility of the moment and exit, or you can try and buy low and hope that the merger is what you expected, that the deal is not too dilutive, and that the sponsor stays on board for some time after the merger. Do your research into press releases, and the 8-K that come with merger announcements. Until you have done this, it is not worth investing in a SPAC because as the research shows the median returns three months after a merger is minus -14.5%. 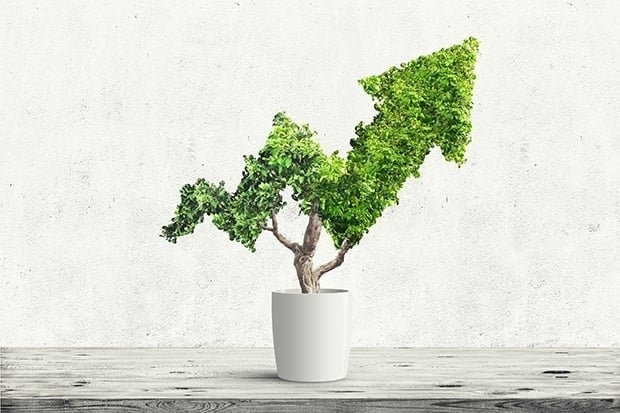 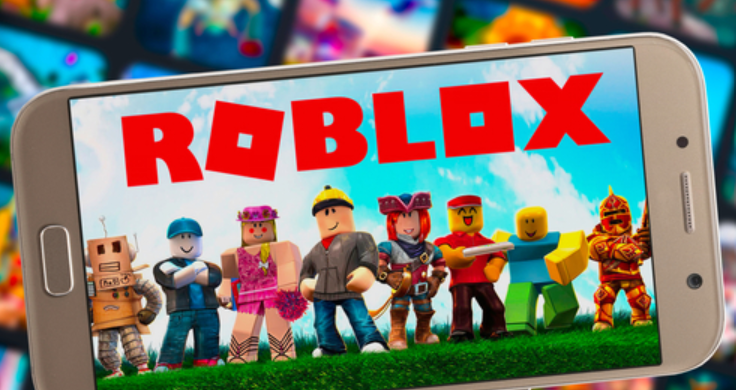 What to know about Roblox before investing