Why a Sports ETF could make sense right now

With the world soon to re-open, stadiums could quickly find themselves filled and the world of sports re-invigorated. Roundhill Investment wants to capitalize on this tailwind with its new Roundhill Pro Sports, Media & Apparel ETF (MVP). 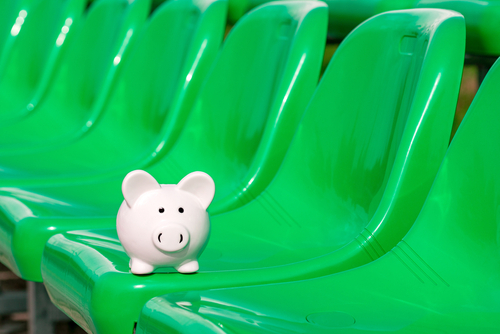 Roundhill Investment’s sport ETF MVP portfolio includes professional teams, leagues, sport apparel and media brands. The thematic ETF launched yesterday March 17th, 2021 and holds 36 companies, has $4.5 million in AUM, and invests in brands from all over the world. A majority of holdings will be in Sport teams with MSG Sports, Manchester United, Juventus, Borussia Dortmund, Liberty Braves and Fenerbahce Futbol representing 38.5% of the portfolio amongst themselves.

Other noteworthy holdings include Nike, Adidas and Under Armour, however the portfolio is light in sport nutrition stocks, and high growth e-sport companies. Furthermore, the fund allocated 7.9% of its holding to SPAC deals, which introduces a dimension of uncertainty for investors, but also the opportunity to ride some exciting projects. 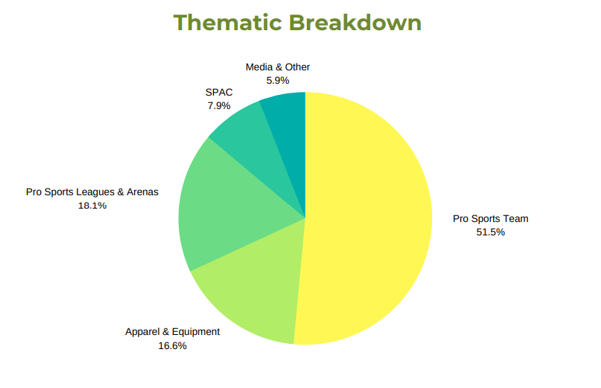 As we all know, going inside a stadium to watch a live game became very complicated during the pandemic. In America, the NBA even decided to make a village to keep players safe and active, but ticket sales tumbled nonetheless. Roundhill Investments is bullish on an earnings reversal as we move out of our year-long hibernation and back into stadiums.

According to NPD Group, the 8th largest market research company, the global sports market will be worth $626 billion by 2023, not ignoring for the contractionary period seen during COVID-19. This is a 33% growth from previous 2018 levels. Franchises will see an upswing in valuations as they benefit from this dynamic.

More impressive still is the boom in Franchise valuations seen between 2010 and 2020 where 2010 are the smaller bars in the graph below. This growth comes from technology. Social media, streaming, and gaming have created fundamental paradigm shifts in the world of sports from which new lucrative income streams have ensued. 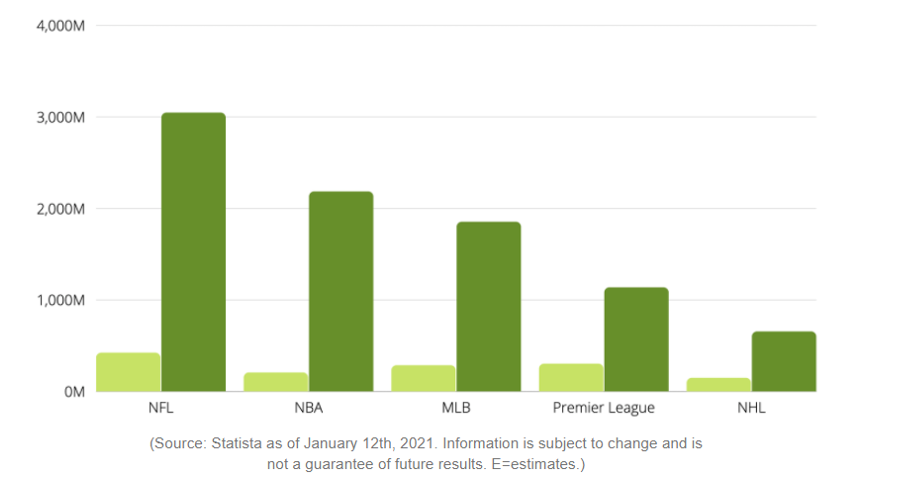 A clear tailwind seen in sports investing is tailored technologies becoming increasingly more adopted around the globe. While in the US, only one third of the population has access to legal mobile sports betting apps in their states, Macquarie says this figure could rise to 96% by 2025 as legislation changes.


Top holding MSG Sport Corp will weigh 9.4% of the portfolio. Top brands include NY Knicks, and NY Rangers. It has a $4.7 billion market cap and is based in the United States. The key highlight for MSG is that despite having the league’s worst record over the last two decades, the NY Knicks are the most valuable franchise in the NBA. Since their 1997 purchase, the franchise has grown their capital to $5.42 billion, a 1,709% rise. The Knicks also make over $100 million in local media rights annually whereas competitors Memphis Grizzlies (who made 7 out of 10 playoffs) only make $10 million a year.


The Italian football team from Turin will weigh in at 7.1% of the portfolio. With a market capitalization of $1.3 billion and notable brands like Jeep, Adidas, and five-time ballon d’or winner Cristiano Ronaldo, Juventus is one of the most successful football clubs right now. It boasts of 69 official titles on the domestic and international scene and in 2019, Juventus extended its kit deal with Adidas thus locking in an eight year, $450 million cashflow. Juventus has recently turned to streaming and booked a deal with Amazon to be the first team to air on the ‘’All Or Nothing’’ sports docuseries.


With the recent news of Aston Martin joining the F1 mania, this stock could see its $10 billion market capitalization grow further north. F1 is a massively lucrative business with some of the world’s most exciting events (and crashes). F1 is actively improving its position on the world scene with deals made with Netflix in their ‘’Drive to Survive’’ Series.

F1’s E-sports division is a great product differentiator, and the Monaco Grand Prix is known around the world and has a meaningful historical heritage driving consumer loyalty. F1 generates billions of dollars in hosting fees, media rights, and race and series sponsorships. 62% of F1 fans are under the age of 35 and in 2020 the F1 digital media platform soared 99% to 810 million users indicating more tailwinds ahead.

What are the risks?


As we have pointed out before, thematic ETFs are a super innovative product because they use hype to drive in funds and offer diversification in a theme people generally care about. However, recent research at the Fisher College of Business, suggests that specialized ETFs deliver on average a negative -4% alpha a year, and attract retail and beginner investors who may not be aware of the low risk adjusted returns, and fees associated with ETF machines. According to this research, thematic ETFs add, and I quote, ‘‘no value to investors’’.


Something rather important to be aware of is the e-sport phenomenon. This industry provides a lot more growth potential because it is still on the on-ramp and seeing a booming rise in interest around the globe. While Asia leads the way, Europe shows some encouraging numbers. The number of companies involved in the ecosystem is very large and after Logitech or Blizzard or DraftKings, the list of companies either directly in e-sports, or on its periphery, goes on and on. The following graphics show, on the left, the popularity of esports in Europe especially in Italy and Spain and on the right, the estimated market growth by revenues in the coming years. Roundhill actually has another ETF called NERD or Esports & Digital Entertainment for this. 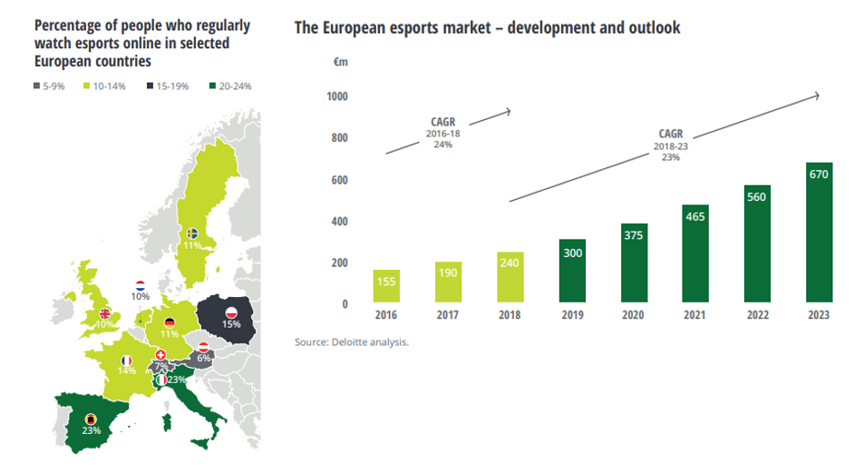 Sport stocks are hard to invest in


While the pros of investing in team stocks are evident in things like steady consumer demand, high competition barriers to entry, remunerative television network deals and deeply anchored brand loyalty, there are clear cons: Sport teams are not immune from economic shocks; volatility in attendance means less revenues; demand for tickets is elastic (buying less of an item when prices rise); sport teams are sensitive to reputational hiccups (think Tiger Woods, or Zinedine Zidane’s headbutt).

The outstanding cost of the Olympic Games

Bitcoin might just be failing as an inflation hedge

Vaccine rollout status - top countries are getting there