Why African fintech venture capital is picking up steam

African incumbent banks are gatekeeping their market, but the high rate of unbanked people, and a rising number of mobile phone users foreshadows an African fintech breakaway.

OPay is a Nigerian-based fintech company that designs a mobile payment service and consumer platform for users to send and receive money, pay bills, and order food. The platform empowers users to accomplish more with their money by providing smart financial services.

The company is well backed, mainly by Chinese investors with a most recent round amounting to $400M valuing the firm at $1.5B. This round far exceeds the previous $120M raised in 2019 and represents a show of faith in the African venture capital landscape. The cash will be used for geographical and product offerings expansions.

OPay’s fintech and mobile money arm is thriving. Its parent company Opera reported that OPay’s monthly transactions grew 4.5X YoY to $2B. The startup claims to process about 80% of bank transfers among mobile money operators in Nigeria and 20% of the country’s non-merchant point of sales transaction. The company is a perfect blitz scaling example, having grown into a 5 million users business. This is impressive considering the firm was incubated by Chinese-owned Opera in 2018.

OPay functions in a highly competitive and promising fintech market. In fact, because Nigeria is Africa’s most populous nation and because many people are unbanked, it represents a huge value proposition from a digital service standpoint, especially as more users begin trusting fintechs and move away from cash payments. The figure below shows Nigeria’s reliance on cash, something rather promising for fintechs. 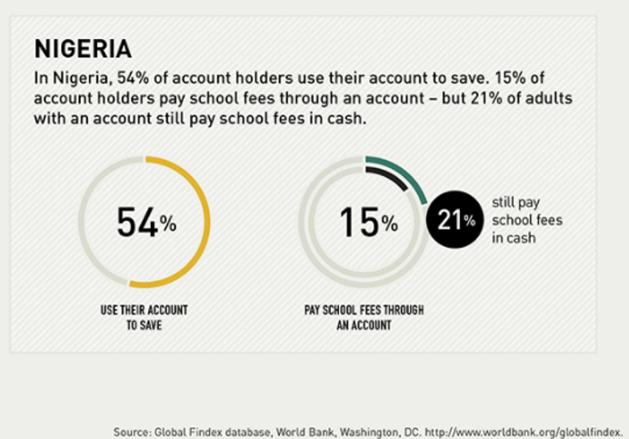 OPay competes with Paga, Cellulant and QuickTeller in mobile banking applications, but other large players are active as well with Flutterwave raising $170M this year making it Nigeria’s second fintech unicorn after Interswitch.

The graphic below showcases in black the growing volume of capital injected in the African continent. While smaller than peers in absolute terms, the percentage change is positive and larger than peers. 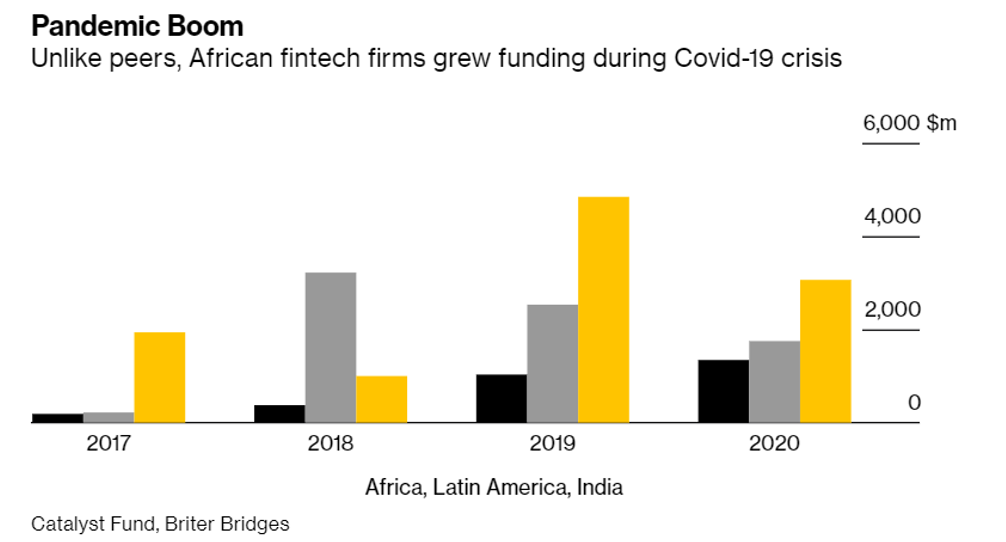 In Nigeria, the combination of a youthful population, an increasing smartphone penetration rate and a regulatory drive to increase financial inclusion is a recipe for a thriving fintech sector. Home to 200 fintech startups, Nigeria’s bustling fintech scene raise more than $600 million in funding between 2014 and 2019. In 2019, 25% of all startup funding in Africa went to Fintech firms.

However, according to McKinsey, global fintech funding is slowing down somewhat as investors have begun shifting towards safer investments. In 2020, European VC fintech funding dropped from $85B to $48B with CRM and enterprise software startups taking the biggest hit. This is difficult for African fintechs because they tend to have less government support than in Europe, but as Europe walks away, China picks up the slack as seen with the recent OPay round.

Most investments on the continent flew to Nigeria, Kenya, and South Africa this year, but from a global perspective, total funding remained insignificant. Of the $105B received in fintech funds in 2020, $76B went to the US.

This begs the question: why should we care about the African market when more money could be made elsewhere?

Africa’s relatively underpopulated 1.2B people are seeing an ever-increasing smartphone adoption rate, and a falling cost in internet services which investors consider a compelling momentum for African fintech value propositions.

In terms of the unbanked, the graphic below shows a decreasing trend. However, 3 out of 10 people still do not have a stable bank account, or use cash for all their transactions. This result stems from both a distrust in banking institutions and an unstable economic environment reflected in a lack of infrastructure in rural areas. 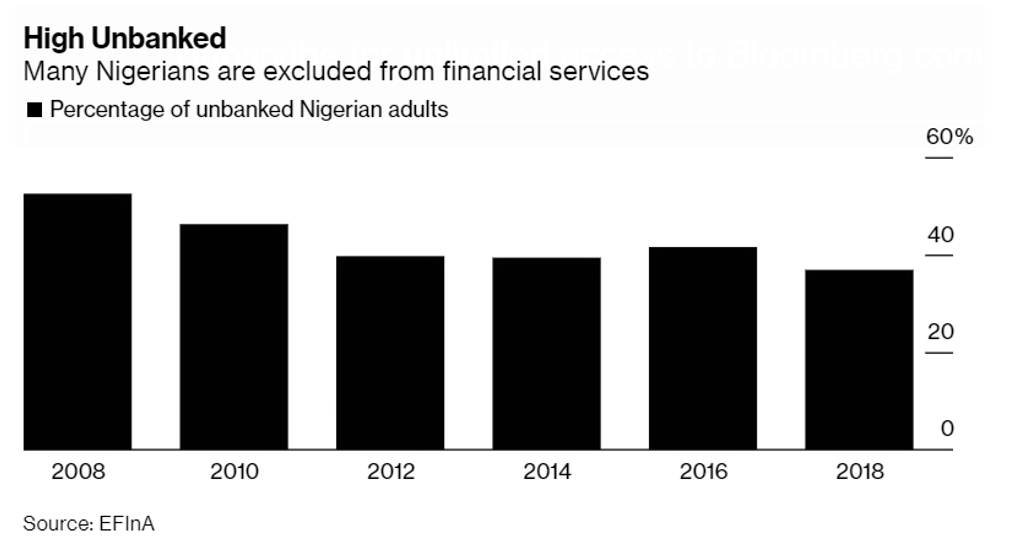 Beyond the unbanked, Africa still has a real need for payment and loan infrastructure to ease capital flow. Activity in online lending is picking up now that fintechs can leverage payment data to determine risk and utilize smartphones as a distribution channel. Examples include Carbon and Renmoney in Nigeria.

Moreover, activity is expanding in the savings and investments segment with firms like CowryWise and PiggyVest targeting millennials and offering easy to use applications that offer higher rates on savings accounts.

In all, the full potential of fintech remains untapped in the major African economies. Fintech remains behind in their banking presence accounting for roughly 1.25% of retail banking revenues in 2019.

The hurdles of African venture capital

Using Nigeria as a case study, it remains challenging for fintechs to penetrate the banking market. This is mainly due to a simmering conflict between local banks, who dominate 94% of the lending market, and the boom in e-commerce activity related to the pandemic laying the field for fintechs.

In April of this year, lenders kicked MTN Group (Africa’s biggest mobile phone firm) off their platform saying MTN Group undercut their commissions by 2.5%. Banks are starting to lose their grip a market dying for innovation. Legacy banks are seeing increasing pressure from newcomers and are losing their control on the market for electronic payments as we speak, with bank apps accounting for 43% of transactions in 2020 compared to other players snatching up 35%.

Lastly, the type of transactions made over phones, called USSD transactions, are becoming obsolete, especially as customers start migrating over to mobile solutions that are cheaper. Regulators have decided to let fintechs undercut established banks for the sake of more efficient transactions a good sign for fintech VC.

Overall, African fintech is in an odd position. There is a clear value added in seeing more of the unbanked supported via mobile solution, but funding is slowing down, and incumbent banks and a huge hurdle going forward. Companies like OPay are generating a lot of attention in some of the more advanced countries in Africa, with Nigeria a clear greenfield and testing environment for all of the continent. Generally speaking, Africa is seeing a rise in VC funding, the subtlety being a decrease in European VC interest and a rising opportunistic demand from Chinese investors.