Why drone commercial applications make it an exciting investment!

Drones are made famous because they will change the delivery business, but their applications go beyond transporting parcels. Commercial use cases include safety, monitoring, agriculture, and construction.

After watching this video, I realized that drones are cute flying robots with imperfections (sometimes). But their technology improves everyday, and they will make our lives better!

Drones will supplement many industries...
The shipping and postage system has not changed much in the past years with UPS, DHL and FedEx remaining primary sources of shipping and handling. Today, the firms are exposed to new disruption opportunities with one of drone’s practical use cases in direct home deliveries. Things are moving! Amazon prime air is a drone delivery system still in the works, but clearly threatening the old school way of delivering packages. DHL and UPS are also investing in drones now.

Aside from disrupting old business models, drones are appealing from a sustainability standpoint. Drones are powered by batteries which makes them more environmentally friendly than trucks. They also leverage machine learning and artificial intelligence for autonomous functionality which drives down costs and offers regulators solutions to safety concerns.

Here are the different firms and use cases for drones: 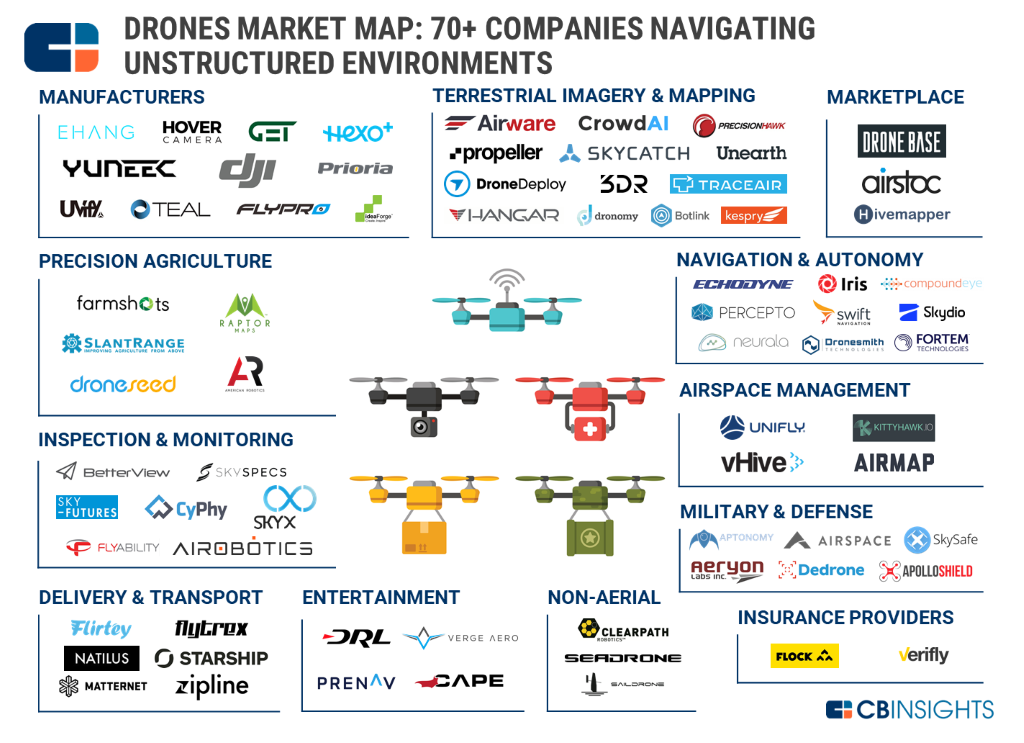 Drones hurt birds. Birds hurt bottom lines…
Some states and people consider Unmanned Aerial Vehicles (UAV) detrimental to society. Privacy concerns, noise concerns, and anxiety around corporate and government data collection drive this sort of claim. Other concerns exist around wildlife preservation and conservation with danger to birds taking center stage because killing birds is bad. On the flip side, The Federal Aviation Administration (FAA), estimates that birds cause more than $1 billion in damages to aircraft in the US which is bad for their bottom line. One clear winner here are insurance companies.

Commercial drone use cases…
There are five major drone market segments: toys, hobbies, professional, commercial and military. The military represents about 70% of the entire space, and a lot of the innovation happens there first. However, we focus on the commercial sector below because it has the most impressive growth figures and the most exciting potential to improve society.

Construction and mining
Drones are used in construction and mining and could eventually become a $28.3 billion market. Businesses in this space are leveraging drones to better address worker safety standards. Inspections of land and equipment safety is usually a long process that can take a couple of days but without the regular spatial mobility constraints humans face, drones can accelerate the process to be done in record times.

Insurance
Natural disaster claims have skyrocketed since 1970, and drones can save costs by assessing damaged properties more quickly. Drones can get to difficult locations right away and gather information through precision cameras for real time assessment. Drones will help claims adjusters process property significantly faster than before.

Law enforcement and safety
Drones can take the risk of scoping out dangerous situations to another level. Drones could help minimize the risk on a variety of situations like surveillance, hostage situations, armed suspects pursuits, and bomb threats. They could also help find missing persons in mountain ranges, and forests.

Travel
Autonomous flying taxis. Welcome to the future. Autonomous drones compared to remotely piloted drones offer cost savings too. With improved machine learning and battery technology, the cost of a 10-mile delivery voyage will fall from $7.80 to $0.25! Air taxis will be used for ambulance work, reaching more places more quickly with direct routes to hospital. There are also communities designing vertiports, which are like small airports for flying taxis, with plans to operate them by 2025 thus offering urbanites new ways to move around from airport to city centers to suburbs. 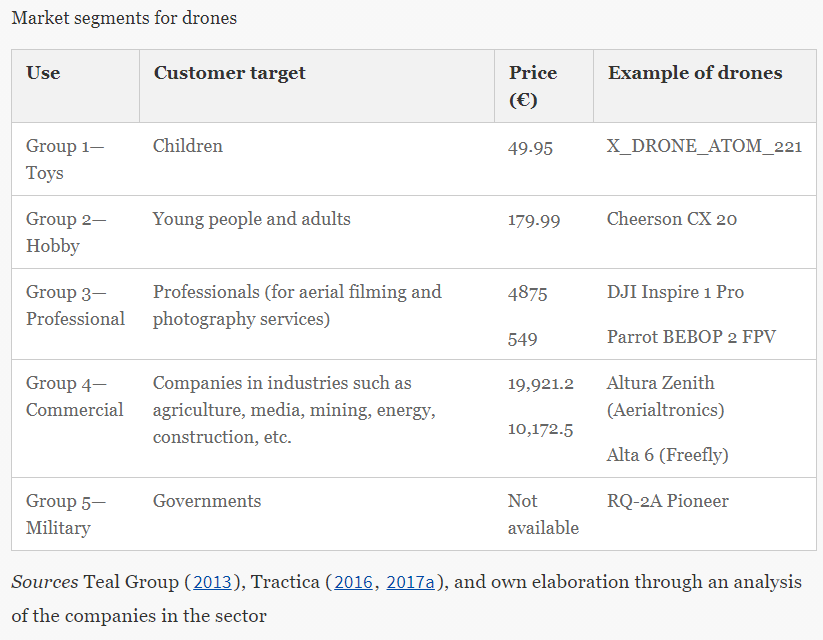 Commercial drone market overview…
The commercial segment of the drone market still boasts of high prices, with more room for profits ahead so new entrants, welcome! In a survey conducted by BoA, participants indicated a growing awareness of drone deliveries, and Flying Cras (eVTOL), which just one year ago seemed to be off the radar. As the public becomes more aware of drone technology, demand will grow and spread across more of the commercial sub-segments. 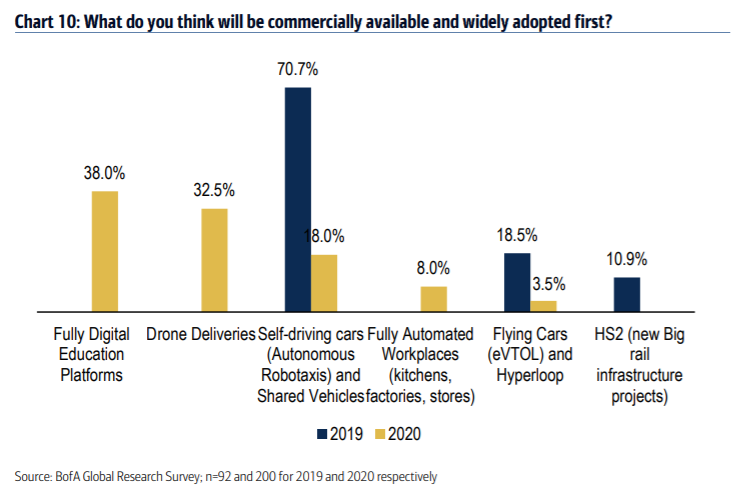 2016 was a pivotal year for drone technology when the FAA granted exemptions for companies to operate drones. This led to industry growth and the development of many use cases in construction, and agriculture, and more. The commercial drone market alone is now expected to reach $12 billion in revenues by 2025 selling more than 2.6 million units.

Total global shipments are predicted to reach between 1.9 and 2.4 million units by 2023 which is a CAGR of 66.8% from today. Ark Invest suggests that drones will deliver a substantial share of e-commerce shipments by 2030, that by 2025 13% of packages could be delivered via drones and by 2030, 40%. Parcel delivery companies like FedEx and UPS will benefit from this surge if they time their involvement correctly. 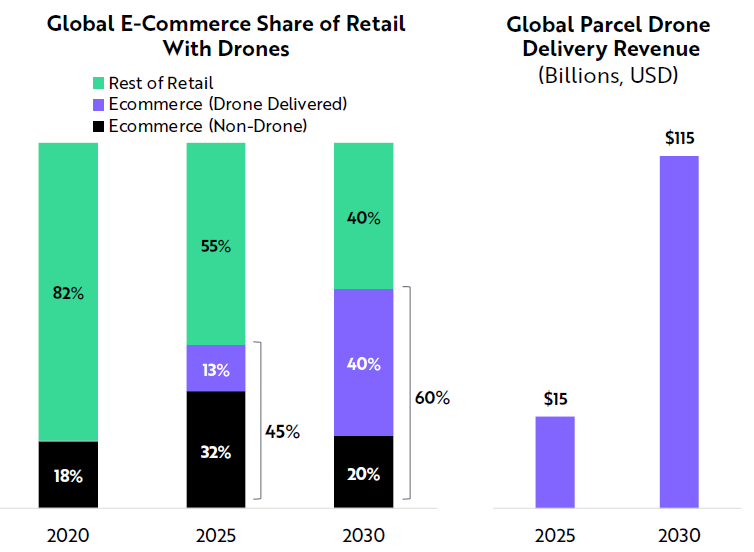 One reason for this growth will come from cost cutting derived from improvements in AI and hardware economies of scale. Drone delivery costs (once at scale) will beat the rest of the competition easily. For pharmaceutical deliveries, drones will do it faster, and more cheaply. Bridge inspection costs will be sliced by a factor of five and parcel deliveries will see the same pattern.

Drone delivery is a clear threat to the gig economy. It will compete with bike couriers, and other types of delivery gigs, driving down prices and creating new jobs within the industry and elsewhere in the process. Overall, the commercial drone usage market is set to grow by 380.3% between 2018 and 2022, far surpassing hobby and military market segment growth figures (according to Tractica). 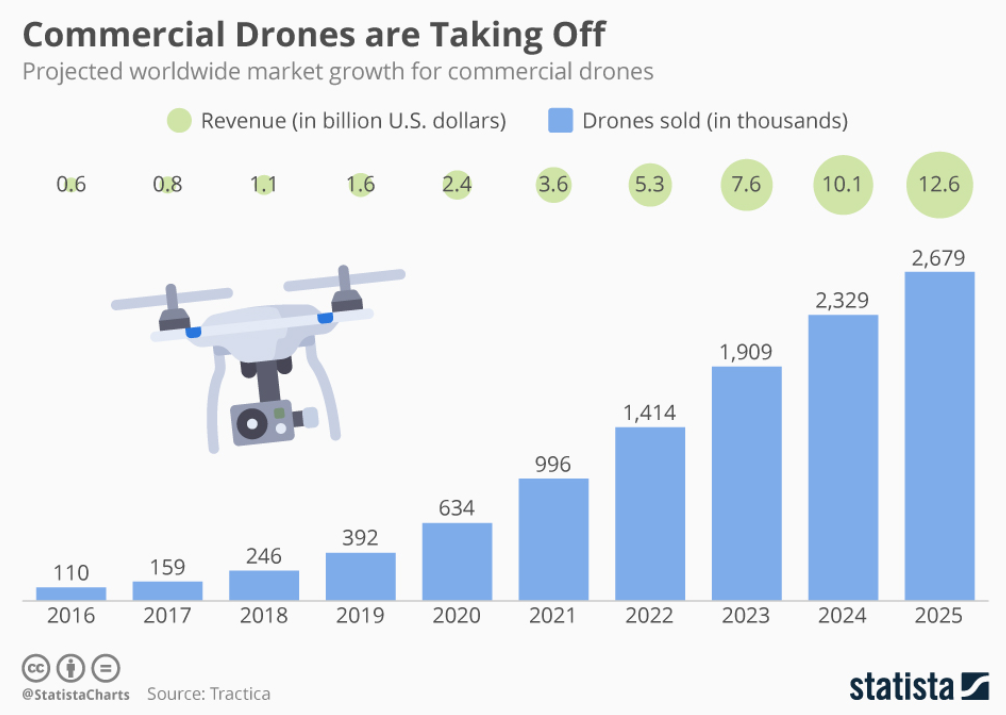 There are many companies like DJI we don't cover below. We selected three companies that tackle different segments of the drone business. Some are doing better than others:

Parrot SA is a key player in the UAV and quadcopter market. The French company develops and markets wireless products for the commercial and professional drone markets. They operate the following sectors: civil drones, and automotive and connected objects. Their latest earnings report showcases a Q3 revenue growth YoY of –20%, but up 13% from Q2. Revenues for the first nine months of 2020 were EU 40.8 million a fall of –29% from last year.

The records indicate that this downward trend stems from a decrease in sales of consumer products and the change of their product mix. Parrot is shifting focus to commercial drones now, which offer more promising returns. In fact, Parrot’s commercial drones division achieved sales growth of 4% in Q3. The first half of 2020 saw negative net income of EU –22.1 million, an increase from last year’s EU -13.8 million loss. Revenues were EU 26.5 million, a decrease from H1 2019. Parrot still has a lot to prove, but could gain from increased awareness and commercial demand. 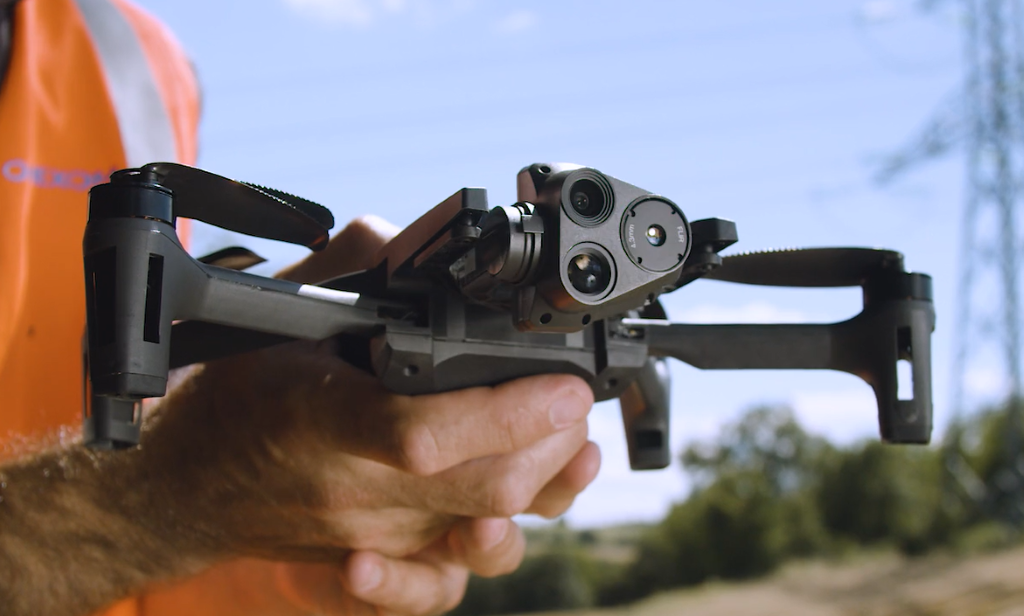 Ambarella (AMBA) is known for making the chips that go in the GoPro action cameras, but the company also makes chips for drone makers. Gross profit margins are 55.51% against an industry average of 49% however the net profit margin is currently negative, in an industry that sees a positive 18% average profit margin. This is atypical. The price to earnings ratio is negative at –31 times earnings but the price to book ratio is 4x. Revenues have fallen from $316 million in 2015 to $228 million in 2019 and their next earnings call is around the corner on March 2nd so stay tuned. 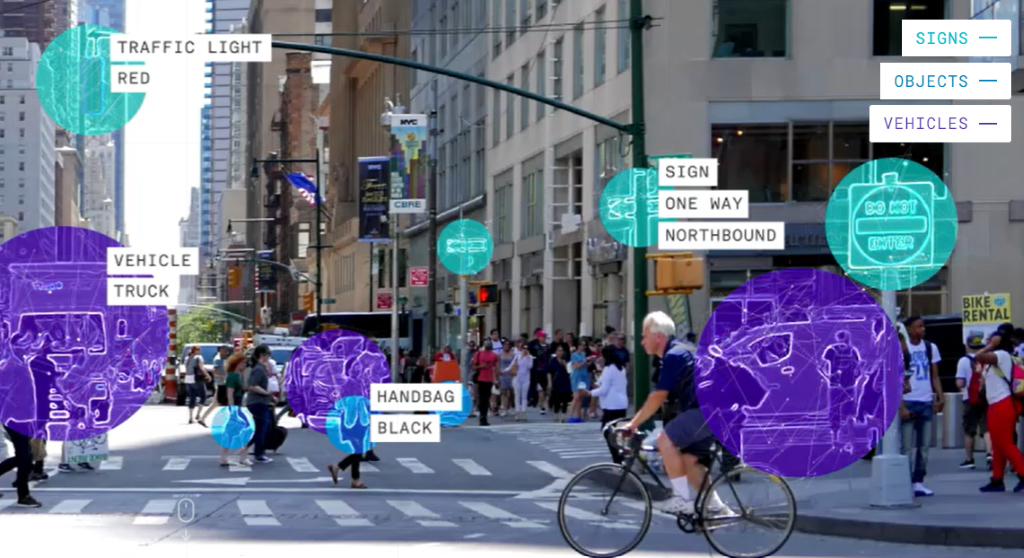 Regulations: the last frontier to a blossoming drone delivery industry…
The Swiss, Polish, Chinese, Japanese, US, and Australian governments have recognized the growing market and the need for further regulation ease on the drone industry. The drone community is preparing systems of future traffic communications to avoid collisions. Are drones being used for deliveries? Yes they are, and UPS is in on it in Florida. Some drone operations are serving the public while others are transporting cargo for the company’s internal needs only.

Most operations occur within the regulated ‘’line of sight’’ rules, with drones going from one launching pad to the next. As of July 2020 a couple of big companies use drones; Google, UPS, Amazon Prime Air, and DHL. Because regulations around drone flight is confusing and burdensome, it might take some time for Amazon to scale their operations and make up for losses. Drone delivery will happen because these companies have enough cash to tackle the legal fees and change the laws. If you are curious to learn about each detail of US regulations read this great article by Jonathan Rupprecht. 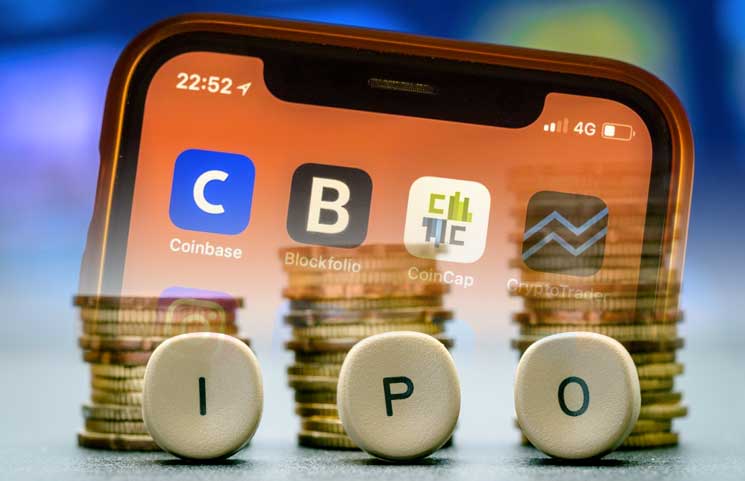 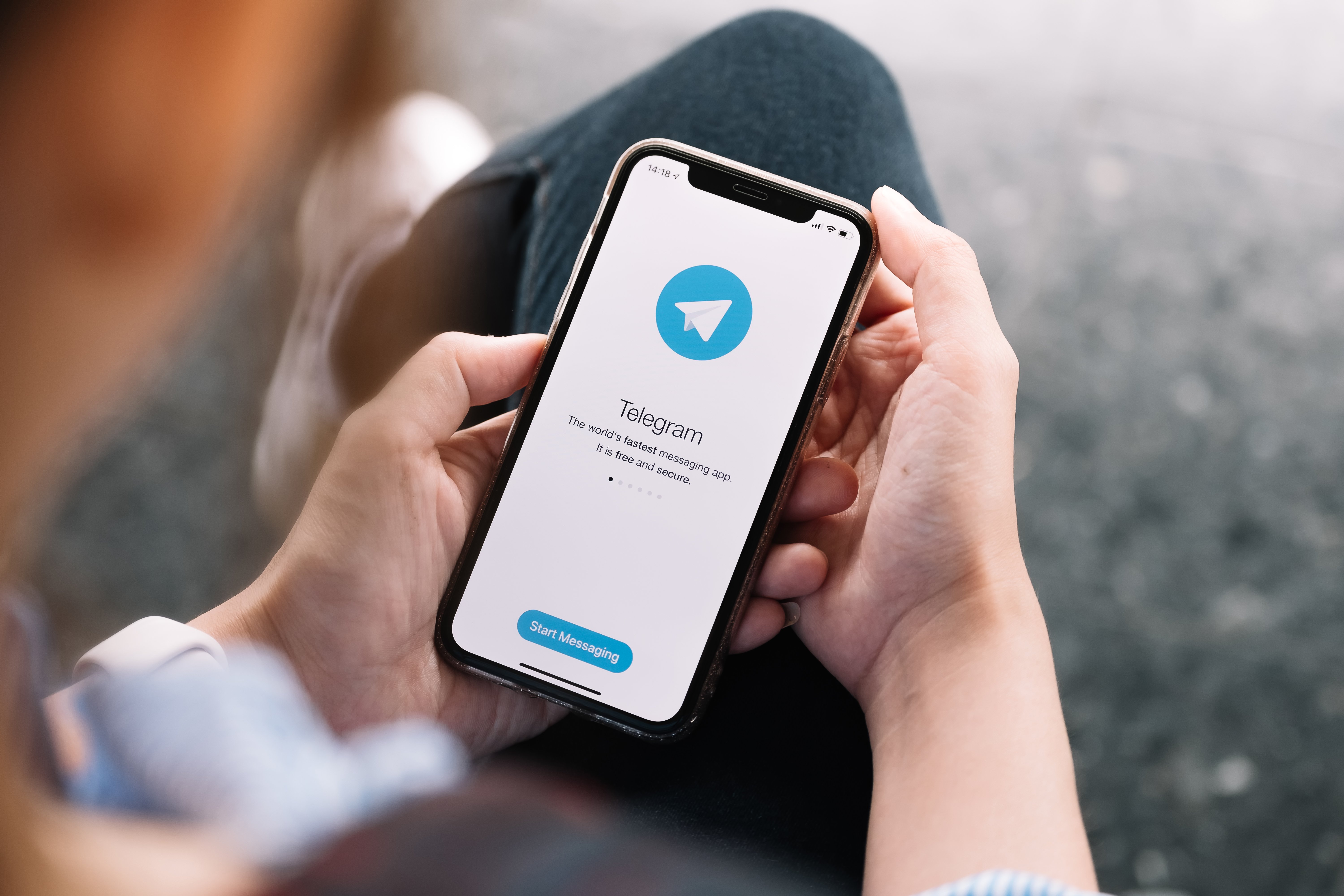 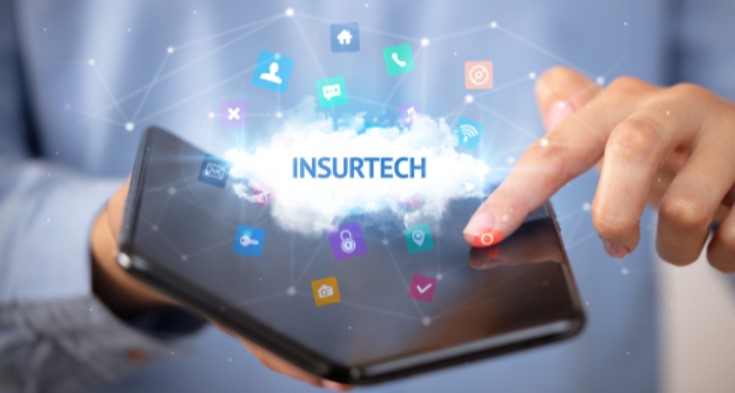 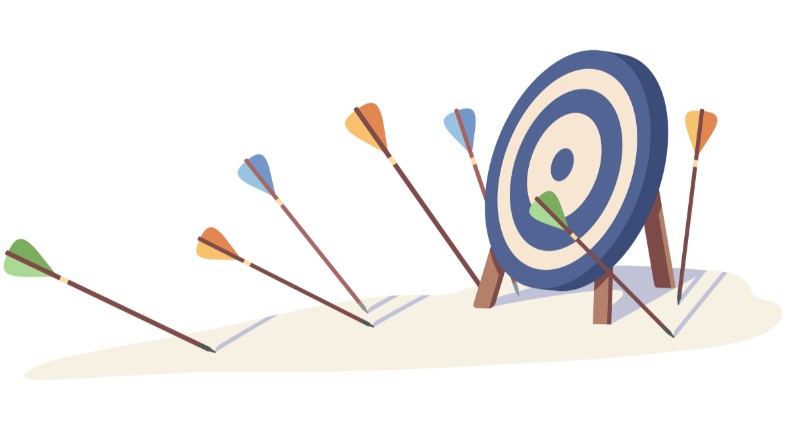