Ark Innovation ETF (ARKK) volume was over $4b on Tuesday, making it one of the Top 10 most traded equities on the planet, which is a first as Tesla - one of the biggest position in the fund - brought the ETF price down and thus attracted some bargain hunters - source: Eric Balchunas, Bloomberg 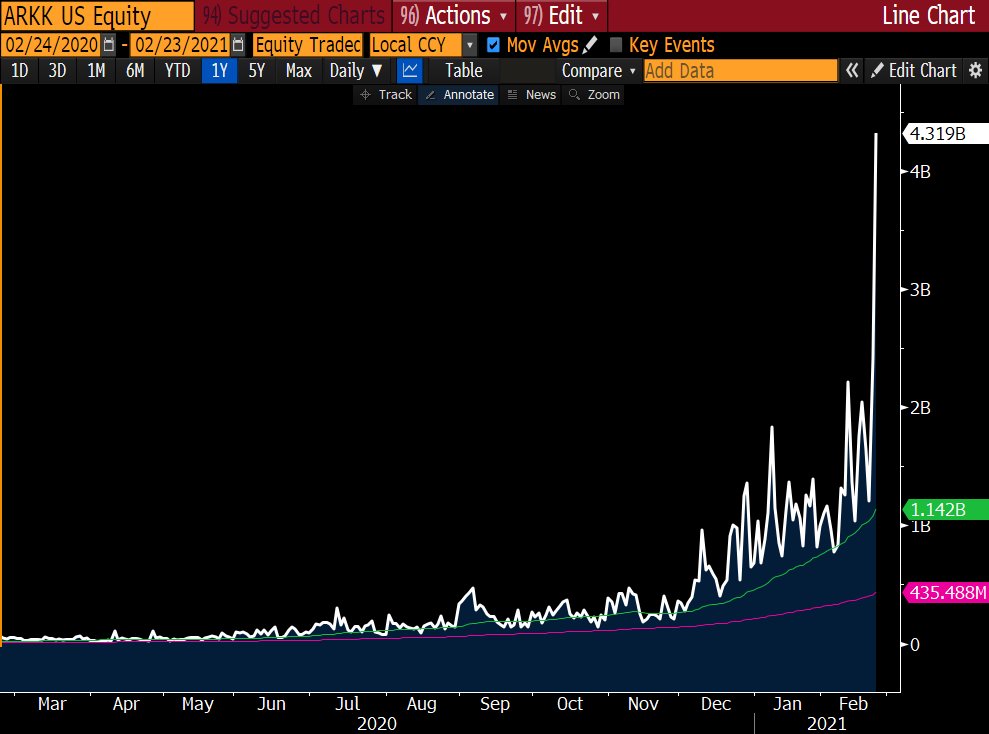