Despite a ramp up in oil demand in recent months, wildcatters in West Texas are not firing up rigs like they used to and production remain down 15% from a peak seen last year. This pushes US crude prices higher. Some say we could see, for the first time in 5 years, West Texas Intermediate oil going neck-to-neck with Brent. The result is a growing backwardation in the U.S. oil futures market where oil for prompt delivery is more expensive than later-dated contracts. That’s prompting traders to sell their barrels now rather than hold them for later. The relative enthusiasm for WTI is also showing up in where traders are deploying their money. Total open interest across all WTI contracts rose above that of all Brent futures months for the first time since 2018 last month. WTI open interest is up about 15% this year, while Brent is only up 1%. 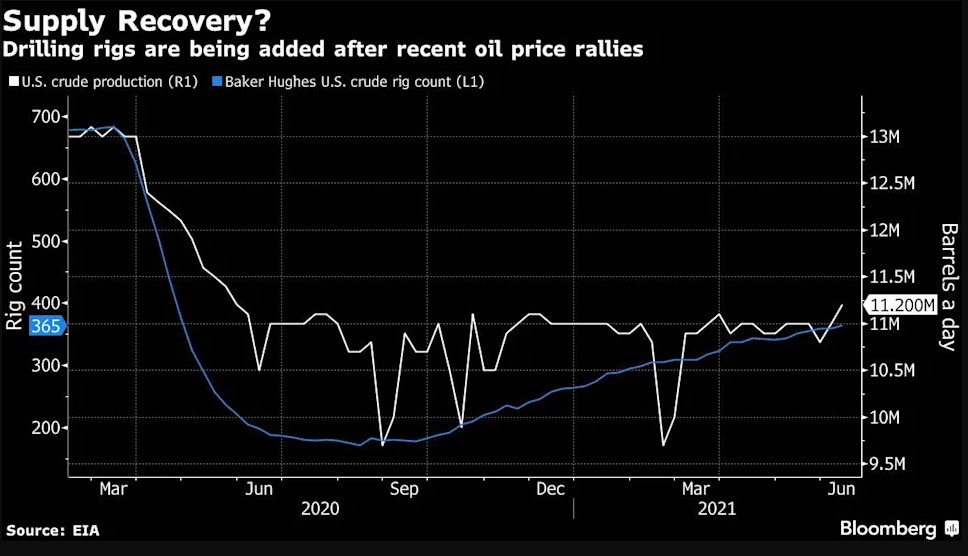 Iron ore, one of the hottest commodities in the early days of the raw materials rally, has now become the most volatile as bulls and bears joust over the trajectory of prices. In a series of wild swings, the ore that fuels China’s vast steel industry surged to a record, collapsed into a bear market and then returned to a bull market in the space of about a month. Its gyrations in the past 30 days mark the mineral as the most volatile of the two dozen most traded commodities around the world. Iron ore is being buffeted largely by confusion over how government policy will affect demand from steel mills in top consumer China. 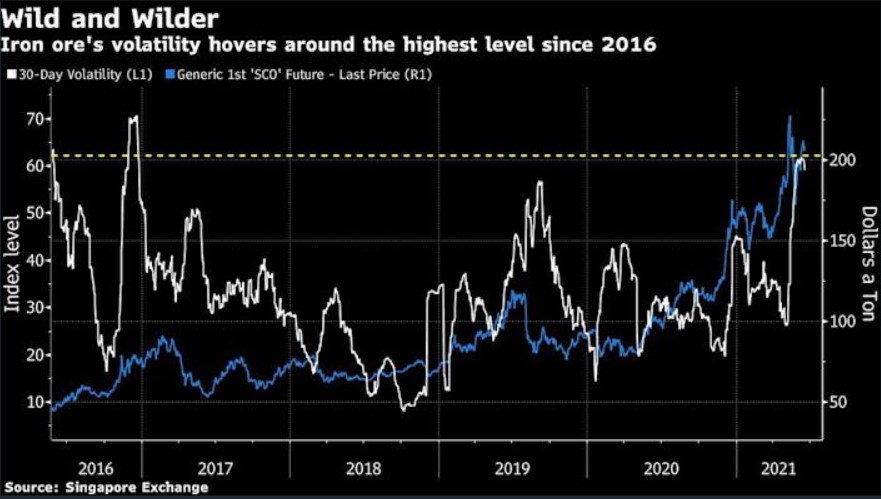 A mini supercycle in corn futures? Glencore thinks so.

Cargill and other large commodity traders have said this week that the markets for corn, soybeans and what will remain strong over the next couple of years. Corn futures prices are double compared to a year prior at $3.29 a bushel, soybeans at $14.31 are 65% higher and wheat grew 30% to 6.54. Plant based fuel demand on top of other shifting trends signals there could be a mini supercycle. 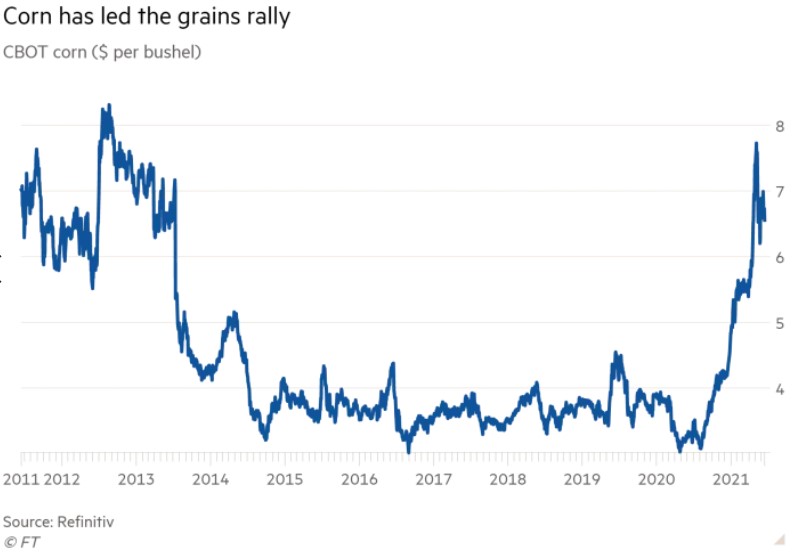 As the dollar surged, the yellow commodity is eyeing its biggest weekly loss in over 15 months. Prices are down 4.9% this week, the most since March 2020. Silver and palladium advanced, while the Bloomberg Dollar Spot Index was up 1.6% this week.

Some commodities wiped out all their 2021 gains

Even though we talked for month about a commodity supercycle, some markets have wiped out gains and some are close to doing so. The grain index fell the most since 2009, and many other commodities such as platinum, nickel and sugar are seeing their big rallies evaporate. 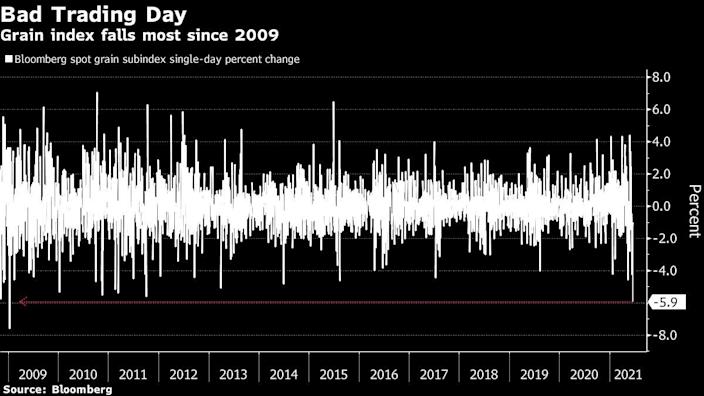