The first place goes to Spotify, which racks up 25% of US podcast listeners. However, the first place is not always clear. If Facebook is hands down the first social media, it is quite harder to determine for podcasts platforms as many have signed exclusive deals with shows so that users have to switch between platforms to consume the content they want. 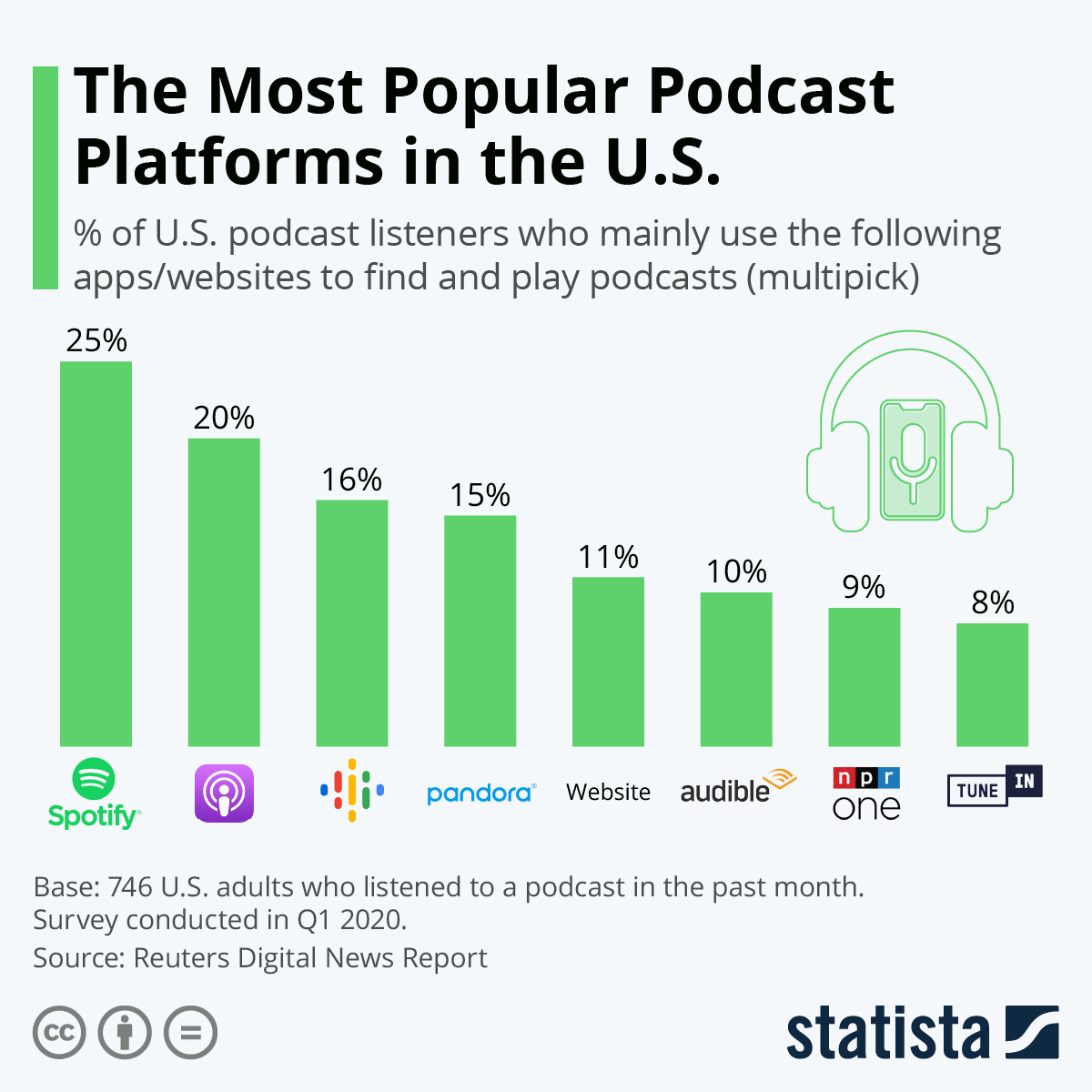 Interesting visual on retailer traders ramping up activity. Volumes keep rising and now online brokerages moved en masse to commission-free trading (at least in the US). Activity from individual investors trading on Robinhood accounted for roughly 4% of total US trading volume in January and E*Trade Financial activity made up 2.4%. On a net basis individual investors have poured a net $140.57B into the US stock market this year alone, a figure that is up 33% from the same period last year. The trends suggest that they move in and out of trends at a quick pace, and this effect has pushed individual investors to back-off their meme stock bets out of worry that a short squeeze could cause them to lose large sums of cash. 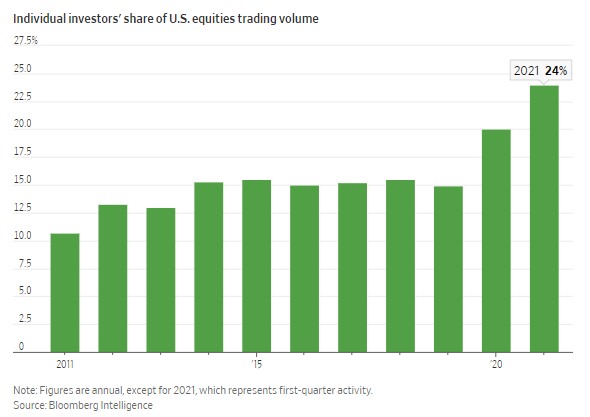 Tech outflows are soaring just as the sector outperformed

Just as tech was starting to outperform again, we are seeing the largest 6-week tech outflow since January 2019.

Lordstown Motors is experiencing quite a hectic ride

This is not the first EV startup to disappoint after going public via SPAC (think Nikola). It seems that Lordstown Motors also profited from relaxed regulations to make it looks like they were more ready than they really were. However, things went south went both the CEO and CFO as well as other key players left the company earlier this week. While the company claims to have orders and enough cash to hold until May 2022, sources claim that the said 100,000 pre-orders were a lie meant to raise more capital, and that even more capital would be needed to complete their technologic development. The share fell from over $30 to almost $4 before climbing back around the $10. 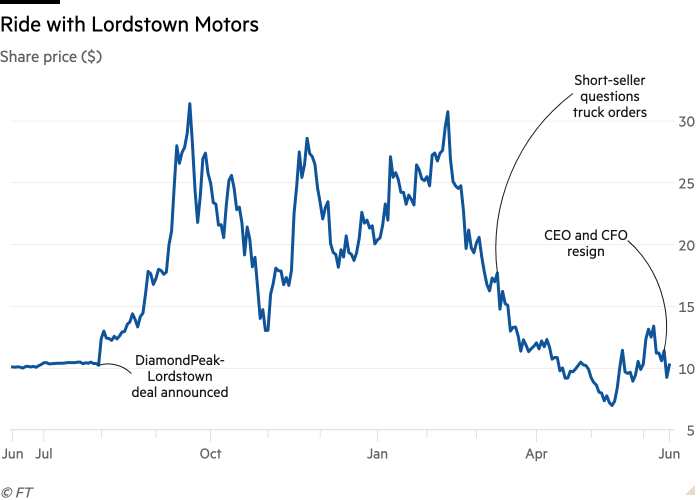 European stock futures are broadly flat on Friday, as hopes of a solid economic recovery in Europe were offset by fears that rising inflationary pressure could prompt central banks to tighten monetary policy sooner than expected. Meanwhile, investors digested key economic data showing Germany's producer inflation jumped in May to the highest level since 2008, when prices rose strongly before the financial crisis. At the same time, UK retail sales unexpectedly dropped over the same period, as food stores and non-store retailers were affected by the easing of restrictions for hospitality and non-essential retail. In other news, post-Brexit tensions continued, after the UK asked the EU to suspend an imminent ban on some meat products in Northern Ireland, with both sides aiming to negotiate an agreement on the Brexit protocol and avert a trade war.