4 days ago • Posted by William Ramstein

The British pound got slammed in recent years by the twin storms of Brexit fears and a particularly bad Covid-19 crisis. But with a trade deal in pocket and a world-leading vaccine program, investors say the upside forces for the currency are now just as strong. The U.K. currency rose to its highest level against the dollar in nearly three years Friday as sterling crossed $1.40, its first time hitting that mark since April 2018. The British economy was among the hardest hit by the pandemic, but now the country is on course to be the first major economy to inoculate its entire adult population, after the government reached its goal of vaccinating 15 million people in mid-February. Source: WSJ 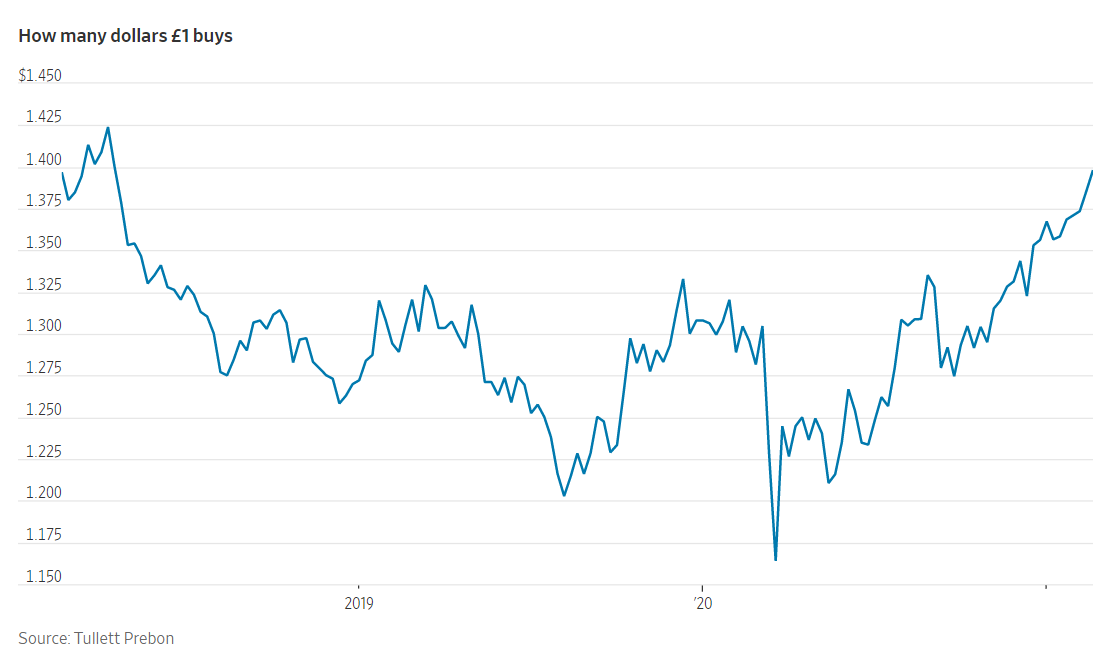