On the same day that China published a much stronger than expected (if largely laughable as we first noted and Michael Pettis subsequently confirmed) GDP print, making China the only major economy to grow in the "year of covid", China customs data showed that grains imports soared to record highs in 2020 after tight domestic corn supplies pushed prices to multi-year peaks, driving demand for cheaper imports. China, the world's top agricultural market, bought a record 11.3 million tonnes of imported corn last year, according to General Administration of Customs data, exceeding the annual quota - which was set at 7.2 million tonnes - for the first time. China also imported a record 8.38 million tonnes of wheat, just shy of the max quota of 9.64 million tonnes. Source: www.zerohedge.com 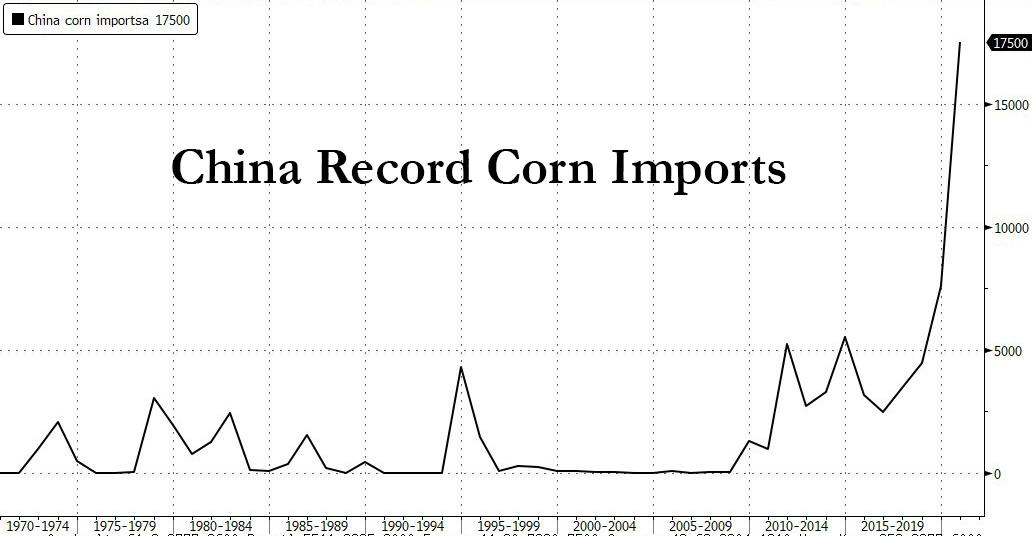