18 days ago • Posted by William Ramstein

Venture capital deal flow in China has declined from the levels seen earlier this year, but it has far from collapsed. So far in August, the Greater China region has closed 371 VC deals for a total of $6.6 billion in value—in line with the average deal count and value going back to January 2020. Telstra Ventures, for one, has a positive outlook on the future of Chinese startups. The VC arm of Australian telecom giant Telstra has been investing in China for the past six years. It now counts three Chinese unicorns in its portfolio. Source: PitchBook 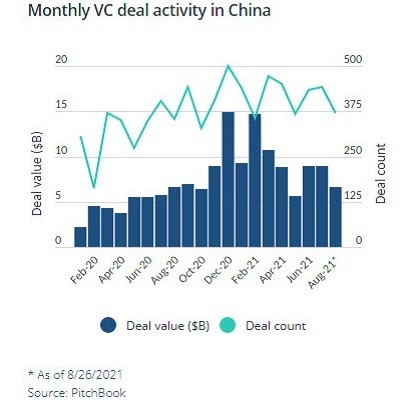