Murat Uysal was just 16 months into his four-year term at the helm of the central bank when he was dismissed by presidential decree in the early hours of Saturday, with no reason given although the reason was clear: instead of cutting rates to "stimulate" the economy and fight rising inflation, he hiked. Erdogan then appointed Naci Agbal, who served as Erdogan’s finance minister between 2015 and 2018 and is now the head of the presidential budget office. There is now a risk that Erdogan's action triggers a new and even more acute crisis for the Turkish lira, now that it is clear that Erdogan will resume another aggressive rate cut cycle. Only instead of sparking growth, the imminent rate cuts will end up destroying any "carry" currency value the Turkish lira may have had to western investors, leading to what will be a historic dump, perhaps as soon as Monday (tomorrow) - source: www.zerohedge.com 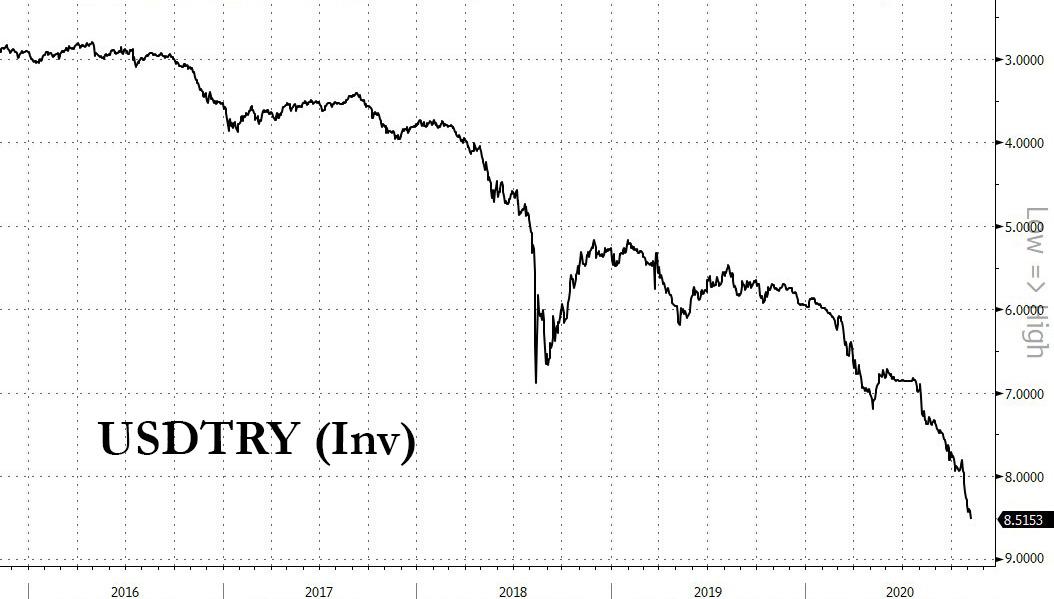