European stocks fall amid concerns about the economy

European stocks fell on a hazy picture for global growth and as investors awaited the European Central Bank's statement on Thursday. In London, the Stoxx Europe 600 Index was down 1%, with losses led by automakers, banks, and the construction industry. Miners and technology did better than the rest of the market, but all sectors were down. The first 10 minutes after European market opened saw nearly 58,000 Euro Stoxx 50 future contracts change hands, the largest volume since at least mid-July. @Bloomberg 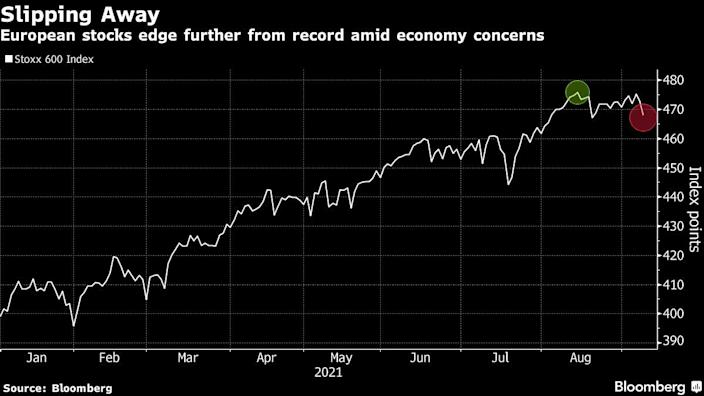