29 days ago • Posted by William Ramstein

Shares of China Evergrande Group’s electric vehicle unit are collapsing in Hong Kong, wiping about $80 billion from what was the property developer’s most valuable listed asset. China Evergrande New Energy Vehicle Group Ltd. sank as much as 22% Thursday after its parent said the unit will post a net loss of 4.8 billion yuan ($740 million) for the first half. The EV business was worth about $87 billion at its April 16 peak, more than Ford Motor Co. and almost four times more valuable than China Evergrande itself at the time. Its shares are now down 92% since, the worst performance in the Bloomberg World Index and lagging even China’s tutoring stocks. Source: Yahoo 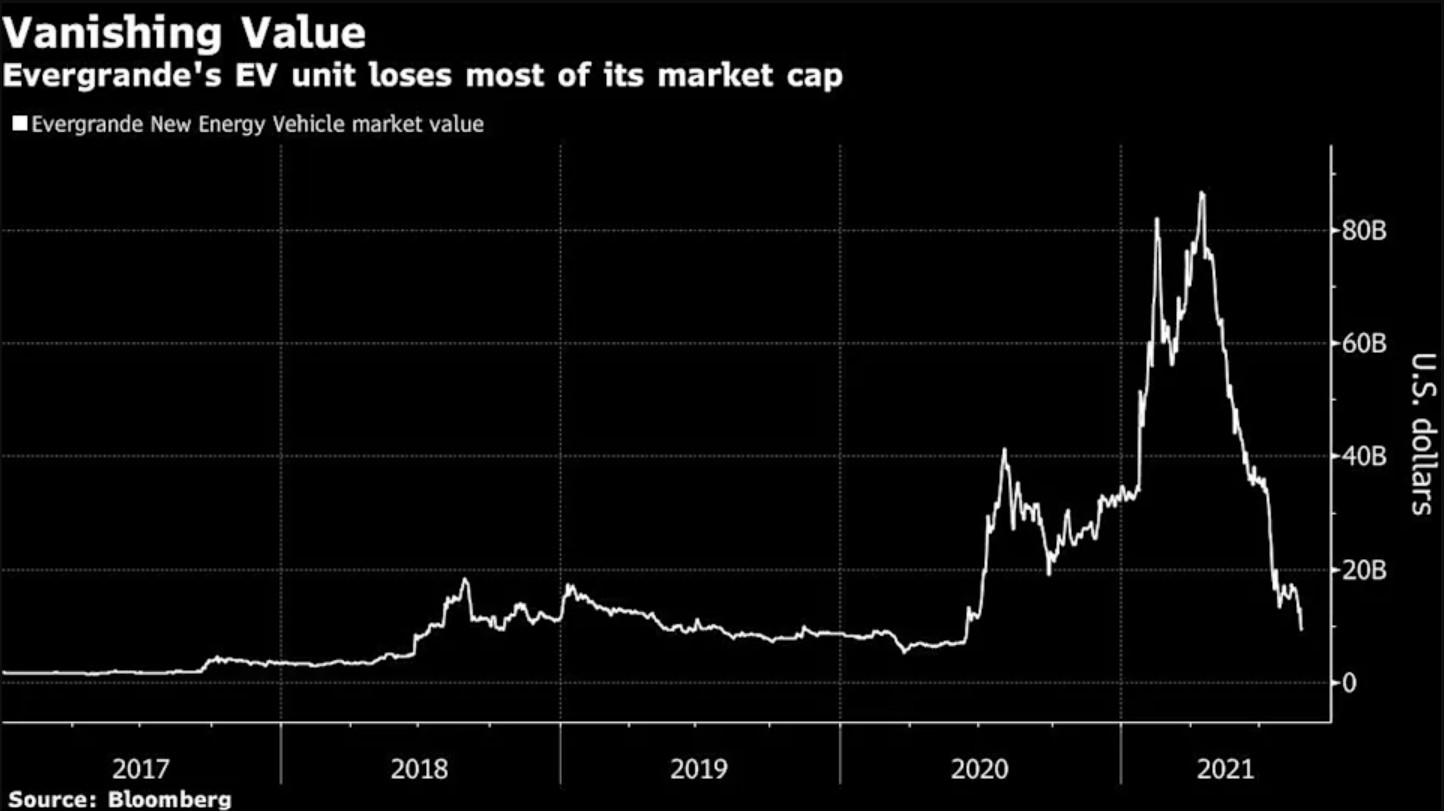