22 days ago • Posted by William Ramstein

Personal computer shipments saw a strong recovery in 1Q from the year earlier as the top five vendors saw double-digit shipment increases, according to Canalys. Lenovo kept the top spot with a nearly 25% market share and 61% year-over-year shipment growth, followed by HP, which saw a 64% increase driven by Chromebook shipments, the firm said. Dell lost market share but shipments rose 23% year on year. Apple, which more than doubled shipments in 1Q. The global PC market shipments rose nearly 55% in 1Q to 82.7 million, the highest 1Q shipment number since 2012, driven in part by backlogs on orders from 2020, particularly for notebooks. 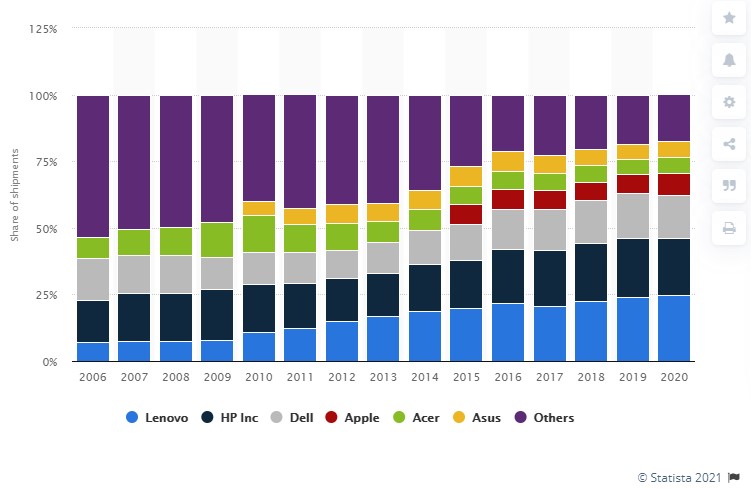