15 days ago • Posted by William Ramstein

''QNB's first-quarter net income exceeded SNB's by around $1 million but by total assets the Qatari lender dwarfs its Saudi peer, according to S&P Global Market Intelligence data. QNB has total assets of $286 billion versus FAB's $256 billion and SNB's $160 billion. With net loans of $198 billion, QNB's loan book is around twice as large as both FAB and SNB's. Sovereign wealth funds are the primary shareholders in both QNB and SNB. The Qatar Investment Authority is QNB's majority owner with a 50% stake, while the Public Investment Fund of Saudi Arabia holds around 37% of SNB's outstanding shares. FAB's primary shareholder is the Abu Dhabi Investment Council with a 37% holding.'' 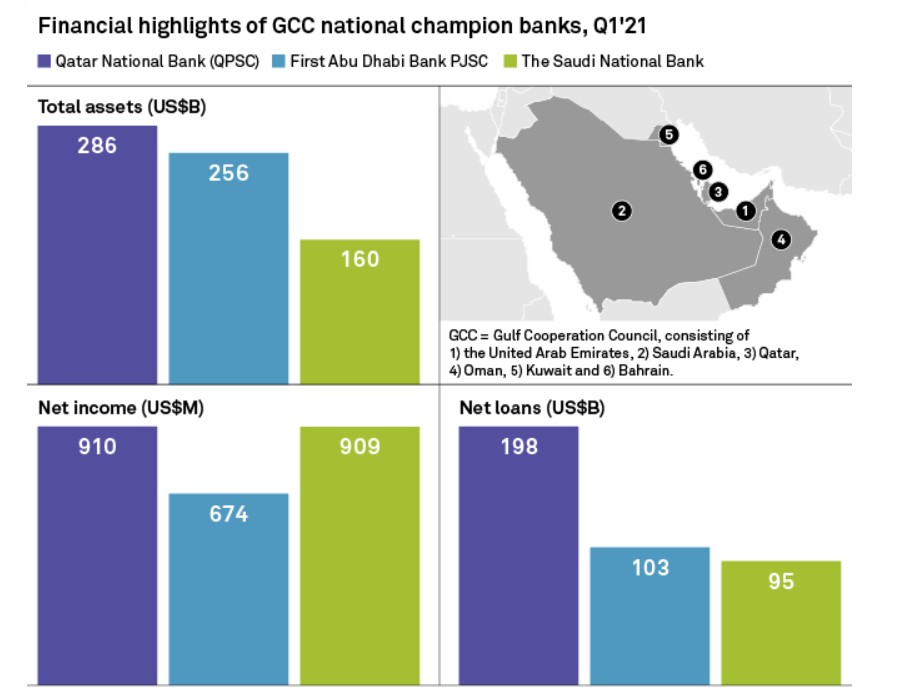