Have you heard about Roblox, the online game platform used by 80% of U.S. kids age 9 to 12? The company expects to go public soon and is valued at $8 billion

Roblox is an online game platform and game creation system that allows users to program games and play games created by other users. Founded by David Baszucki and Erik Cassel in 2004 and released in 2006, the platform hosts user-created games of multiple genres coded in the programming language Lua. Roblox hours of engagement hit 3 billion in August, up by 100% from just a few months back. Monthly active users have soared to ~170 million. Roblox is minting teenage millionaires: this year, it will pay out a quarter-billion to its network of 345,000 paid developers. This popular internet platform has been one of the biggest beneficiaries of the pandemic but is still flying under the radar of millions of Americans. Reuters first reported Roblox's plans to soon go public. The company could target a valuation as high as $8 billion depending on market demand, according to the report(source: The Economist). More details on https://digitalnative.substack.com/p/roblox-airtable-and-the-building 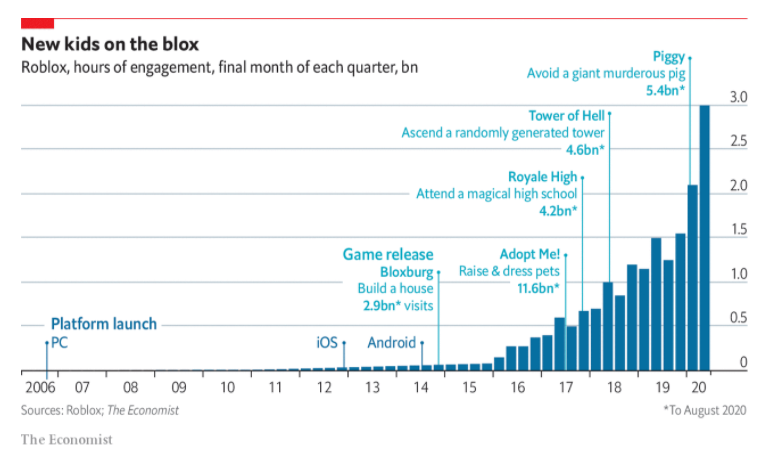