Intel broke out as CEO quits. Will the stock catch-up with the performance of other semiconductors?

After two years at the helm, news broke yesterday that Bob Swan will be stepping down from his position of CEO of Intel (INTC). He will be replaced by VMware (VMW) CEO Pat Gelsinger on February 15th. While INTC has been a significant underperformer over the past year—it is the only semiconductor stock in the S&P 500 that is lower than it was one year ago—the immediate response from the market to the news has been overwhelmingly positive as the stock gained 7% which would be its best day since March of last year around the time of the bear market lows. Will Intel close the performance gap with other semiconductors? - source: Bespoke 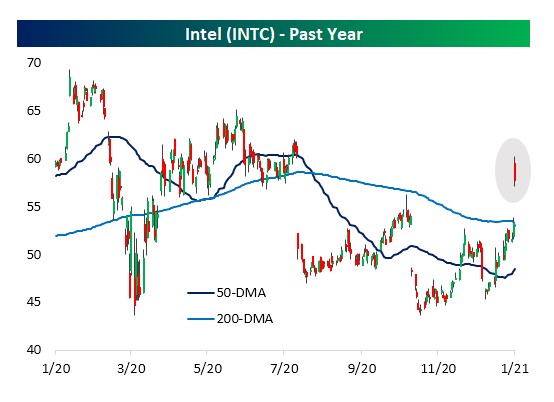