203 days ago • Posted by Valérie Noël

The European Union, as part of its efforts to provide funding for pandemic recovery, wants to raise up to 100 billion euros to help pay for job support programs in Europe. It could have raised that twice over on Tuesday. Instead, the European Commission issued 17 billion euros of new social-linked bonds — known as SURE — at 10- and 20-year maturities. Demand was incredible, topping 233 billion euros. That’s a record for any European bond, despite the negative yield on offer for the 10-year debt and the barely positive yield on the 20-year. It shows the depth of demand for risk-free assets as this AAA-rated entity provides an excellent alternative to German Bunds, the benchmark for European debt (until now, at least) - Source: Bloomberg 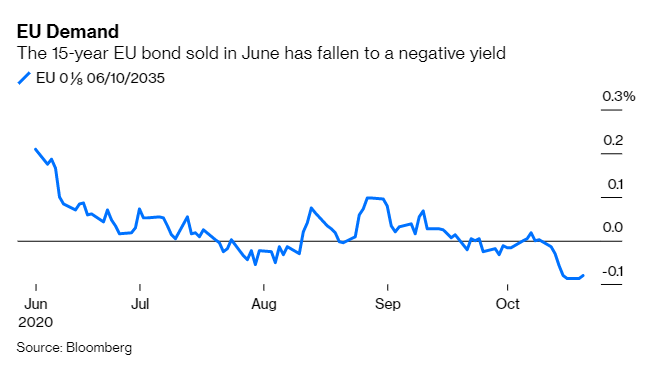