41 days ago • Posted by William Ramstein

Oil prices are at risk of a correction, according to Bloomberg Intelligence analyst Henik Fung, who cited the threat posed by India’s crisis as well as higher OPEC+ supply. The Organization of Petroleum Exporting Countries and its allies are raising output by about 2 million barrels a day through to July. In the U.S., government data showed crude stockpiles contracted by nearly 8 million barrels last week and exports surged, but gasoline inventories rose for the fifth straight week. Separately, pent-up travel demand in the country is seen spurring a 30% jump in jet fuel use this summer. 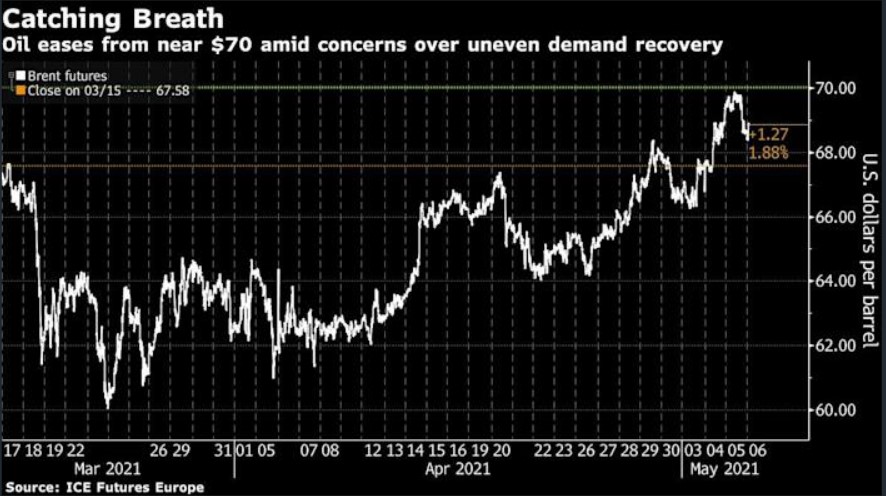