14 days ago • Posted by William Ramstein

A group of 137 SPACs that closed mergers by mid-February have lost 25% of their combined value. At one point last month, the pullback topped $100 billion. SPAC declines are concentrated in companies tied to green energy and sustainability, though the damage is widespread. About 75% of the SPACs that have announced deals but haven’t completed them are trading below their listing price. @WSJ 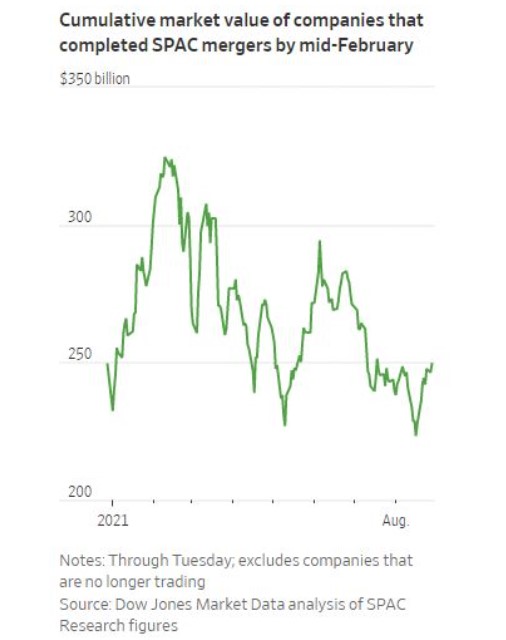