580 days ago • Posted by Martin Boujol

Europe is buying EV at a record pace. Plug-in EV sales were up 137% to 1.4 million vehicles last year, vs. a 13% increase to 1.3 million for China. However, analysts warn that the hype might go away once the subsidies dry up: in the end, ICE vehicles remains "much less expensive" than EVs. Subsidies taken away could mean sales collapsing by 30-40% for at least one or two quarters. We must also not that 65 models were launched in Europe, twice as much as in China. Furthermore, 99 models are slated to be released this year. That's a wide range of choice. 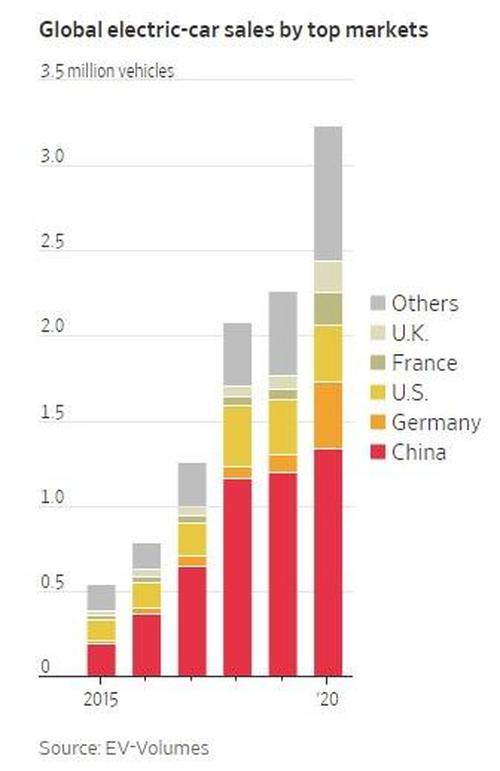