567 days ago • Posted by William Ramstein

US Municipal bonds could make for a decent haven

The demand is driving a closely watched gauge -- the ratio of municipal yields to those on Treasuries -- back toward the record lows hit last month, indicating that state and local government bonds have gotten more pricey in comparison. Ten-year municipal bonds yielded about 62% of Treasuries by the end of last week, not far from a low of 54% in mid-February. Citigroup Inc. analysts led by Vikram Rai on Monday said they expect the municipal market’s outperformance to continue given the positive effect the stimulus will have on government agencies that have issued bonds. You could play it with IQ MacKay Shields Municipal Insured ETF (MMIN) Source: Bloomberg 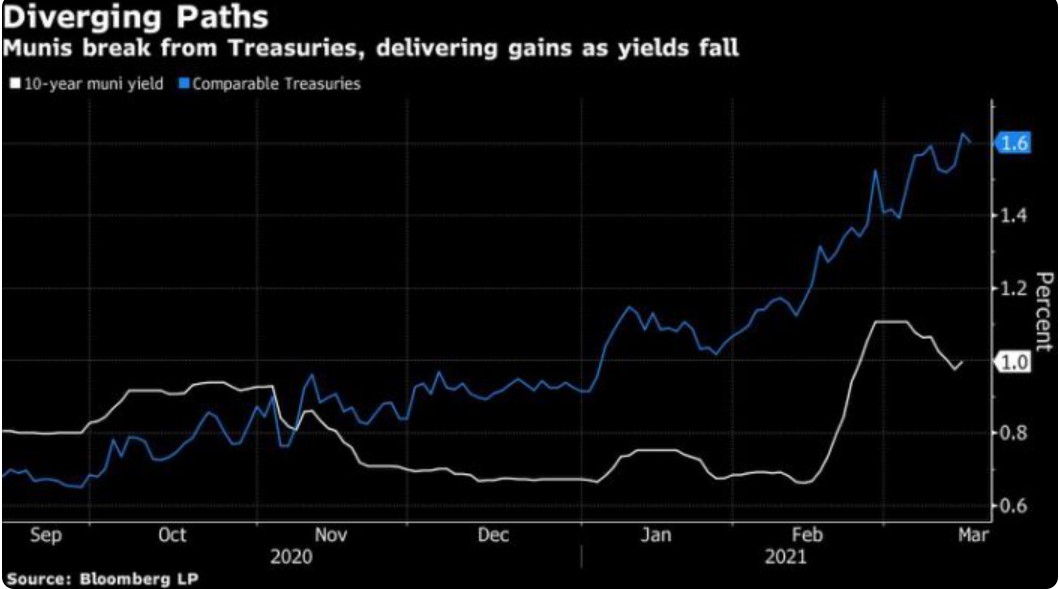