Will the Chinese Tech correction spill over to NIO(pium)?

As we have seen with Zoom over the last few days (-33% since peak), parabolic rise sometimes ends up in tears. Chinese Electric Vehicle NIO is up +933% year-to-date and its market cap (around $50 billion) is now at striking distance from General Motors. Speculation has been rampant on many Chinese names and some ugly deleveraging could very well trigger a meaningful correction, i.e what is happening now in Chinese Tech could spillover to stocks such as NIO. Also watch out the big negative candle yesterday - source: www.investing,com, The Market Ear 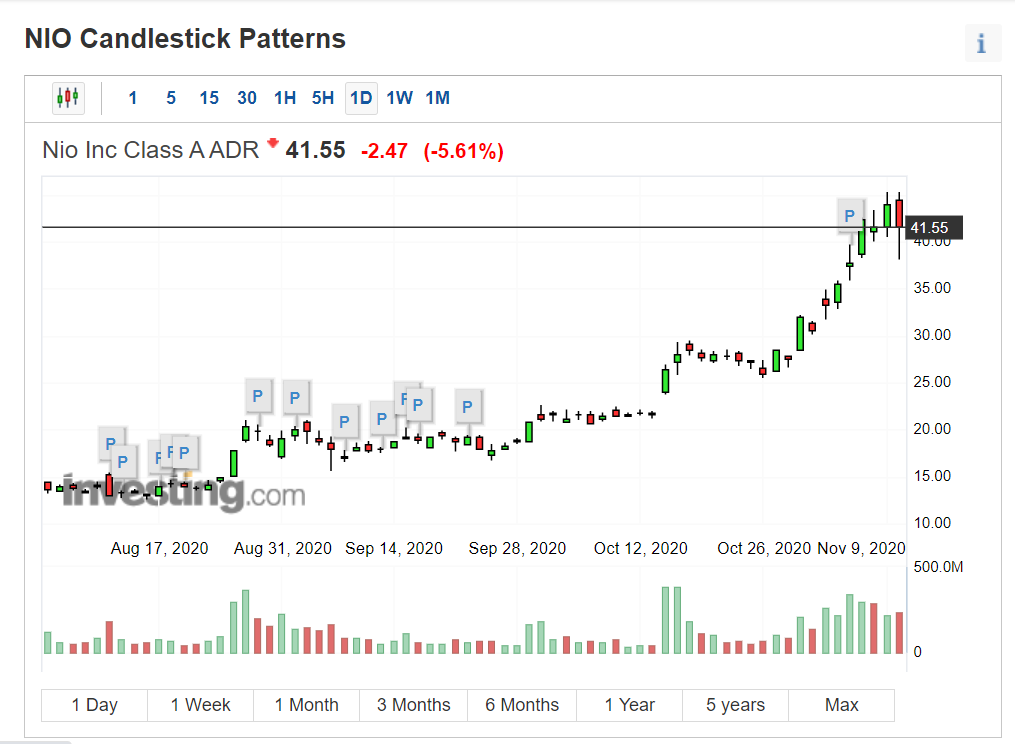