8 days ago • Posted by Martin Boujol

Debt to GDP ratio is as high as with WW2, but the use of it might be less productive

Even though the two debt to GDP ratios might look similar, the use of this debt is quite different. During WW2, the debt was used to manufacture for the war effort. It was thus a productive use of debt. Today, the debt is primary used for social welfare, which, even though is nice for the people, remains non-productive for the economy and to make a difference in the long term. Who will pay? 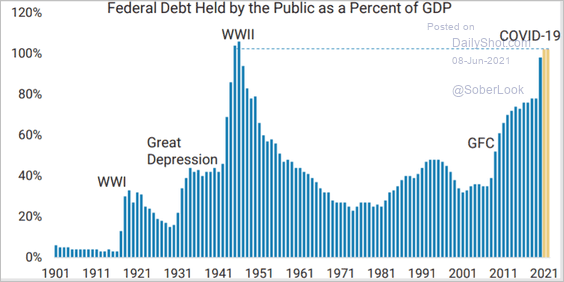