Luminar Technologies  is a LiDAR company that tells two inspiring stories: the making of a young Billionaire and enabling cars to ‘‘see’’ their surroundings.

What is Luminar Technologies and how does it differentiate?

Luminar Technologies builds a high precision light detection and ranging (LiDAR) technology for self-driving cars. LiDAR is a remote sensing method that uses light in the form of pulsed lasers (hence the ticker name: LAZR) to measure ranges and variable distances from one physical object to another. LiDAR gives the car a 3D map of everything in real time as opposed to a camera landscape that only provides a 2D landscape.

This cornerstone technology enables cars to ‘‘see’’ objects more clearly which autonomous cars can then translate into actionable safety protocols such as swerving the car away from dangerous obstacles. Luminar’s safety reputation is the reason why Volvo, known for its high safety standards, selected Luminar for their next-generation 2022 car line-up.

Radar or radio waves are good for long range imaging, which is why planes use radar technologies, but when it comes to short-range imaging needed for self-driving vehicles, it is inferior to lasers. Radar and radio waves do not provide enough detail, but Lasers do since light gives more detail than a radio wave. Waymo, and Mobileye have embraced LiDAR, but Tesla has fallen short of implementing the technology. Luminar can now produce a LiDAR platform for just $500 hence challenging the EV giant as discussed in the next section.

Luminar’s mission is to help cars ‘‘see’’ to mitigate the 1.3 million lives lost on the road each year. 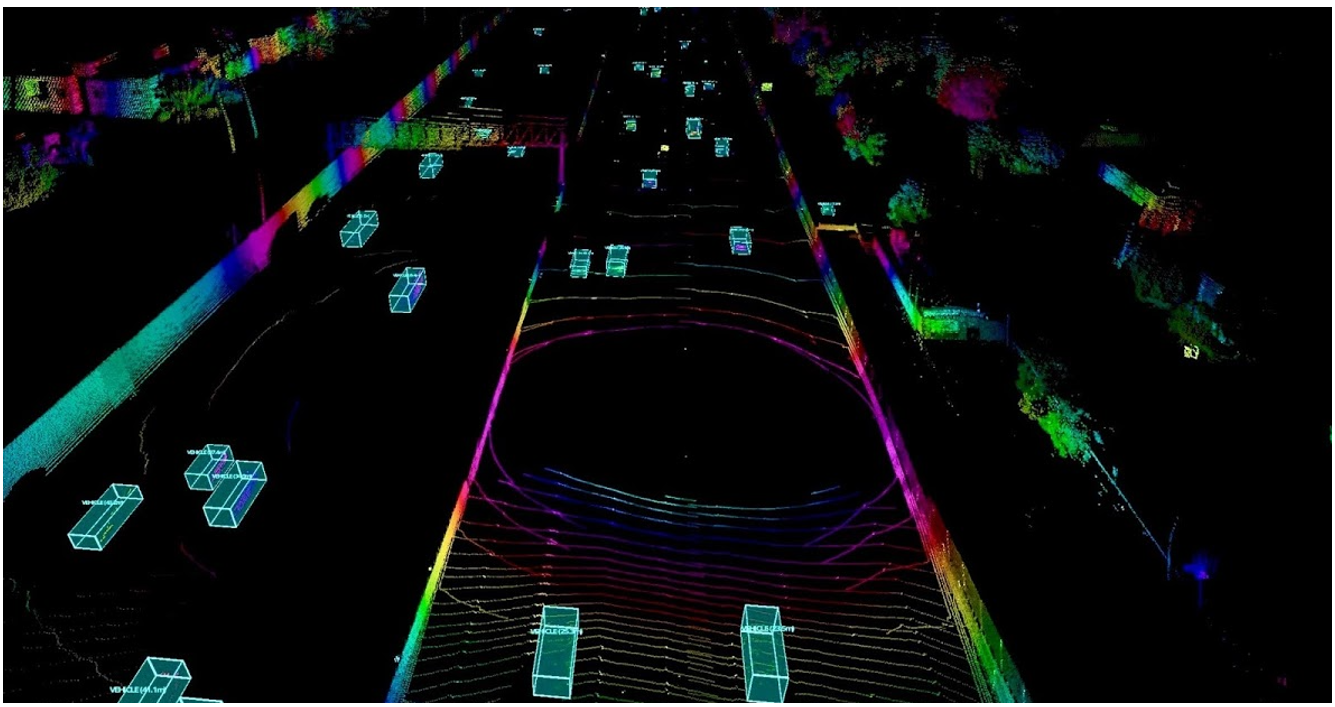 Austin Russell built Luminar’s LiDAR technology from the ground up, starting the project at 17 years of age in 2012. He decided to focus on laser technology because he saw the societal benefits of its implementation in autonomous cars. After Russell received the $100,000 Peter Thiel fellowship he dropped out of Stanford to launch his company full-time. After successfully building up his business, and doing an IPO through a SPAC, Russell’s net worth grew to $2.6 billion making him one of the youngest Billionaires today.

Russell’s breakthrough in 2012 was that he made LiDAR technology smaller and easier to manufacture, and all that at a cheap price point. His co-founder Jason Eichenholz, who is now the CTO, was the first hire at Luminar and is now in charge of R&D initiatives, and Russell hired his uncle who is an electrical engineer for rapid prototyping during the early stages of the company.

After scaling the business, and acquiring facilities, Russell says that company growth mainly comes down to finding industry experts and bringing them in—the ‘’bringing grownups in’’ startup cliché confirmed. In the picture below, Russell holds the hardware used at Luminar to conduct R&D. Placed on the top of a car, the device takes in data, tests and helps improve the overall technology.

While Elon Musk was one of the pioneers behind the ‘’saving lives through autonomous driving’’ argument, he differs from Austin Russell in his criticism of LiDAR. He believes that LiDAR is the wrong approach, that it will hit a ceiling and that the right way is via cameras and top-notch software instead. Tesla has indeed been building some incredible software, using AI and machine learning to improve data point analysis and render some great results.

The main criticism of the Tesla approach according to Russell is that while their models are great, what they do, in layman’s terms, is intelligent guessing. LiDAR does not need to develop mathematical models that guess accurately, because they use more precise waves (light) that permit clearer image interpretation.

The way to truly go from assisted driving (what Tesla does well) to autonomous driving (which is the future, the holy grail) is by solving the problem of driver disengagement, something best done via LiDAR, says Russell. He states that even his firm has a long way to go before claiming true autonomous driving technology, that consumers should be aware of the difference between what Tesla says it does and true autonomous vehicles, and that nobody is quite there yet.

In the end, Luminar might be able steal some market share from Tesla’s massive data pool protocols via a technology that says no to 2D imaging and guessing, and yes to 3D laser precision.

Luminar recently went public via a reverse merger with Gores Metropoulos Inc, a SPAC, in December and raised $590 million for a $3.4 billion valuation. This comes after Velodyne’s SPAC and Aeva’s announced SPAC. Luminar’s strong partnerships with Volvo, Geely, Daimler Truck and Intel’s’ Mobileye were one reason for the successful raise.

But how might one approach valuing this stock? It is harder to analyze Luminar considering it has not yet showed a long-term cashflow history, and its peer group is small; Velodyne Lidar, Collective Growth corp, Colonnade Acquisition and Valeo.

The total addressable market for LiDAR is estimated at about half a trillion dollars, and LiDAR tech is becoming increasingly integrated in large car companies. Russell says his company is building its book and already sees $1.3 billion in orders from its business operations. Partners Mobileye, a first-generation mobility-as-a-service (Maas) company that uses Luminar’s technology, was acquired by Intel in 2017 for a 43X revenue multiple which Russell says could serve as a gauge as to how to look at his company’s potential. If investors make the bridge and Luminar finds enough traction as Biden’s green bill rolls out, it could be an upward slope for the young company.

Does the technology eventually become commoditized like a consumer product? In other words, can other firms easily replicate their technology? Russell says it comes down to high IP standards and building everything in house. Luminar does not use off the shelf IP and this enables them to offer competitive economics and high safety standards to business partners. Moreover, Russell suggests his firm has five times the number of patents other LiDAR companies have combined and has acquired some of the key suppliers in the space making for a strong moat.

Luminar’s management is forecasting a 123% compound annual revenue growth through 2025 its order book has grown 30% in just the first three months since becoming a public company. It continues to strike nig deals including a recent one with China’s largest automobile manufacturer SAIC to equip its R-Brand electric vehicles with Luminar LiDAR. While EV stocks have not been on the rise in the last three months, Luminar is still in a sweet spot with a relatively cheap price tag. It still has to prove it can improve net income figures and grow sales, but considering the potential for yet more EV demand going forward under Biden, it might make sense to be forward looking on Luminar.