Playing the reflation trade through the Kiwi dollar

The New Zealand dollar - affectionately known as the kiwi - just hit its highest level since March 2019. The currency stands to benefit from the 'reflation trade'. 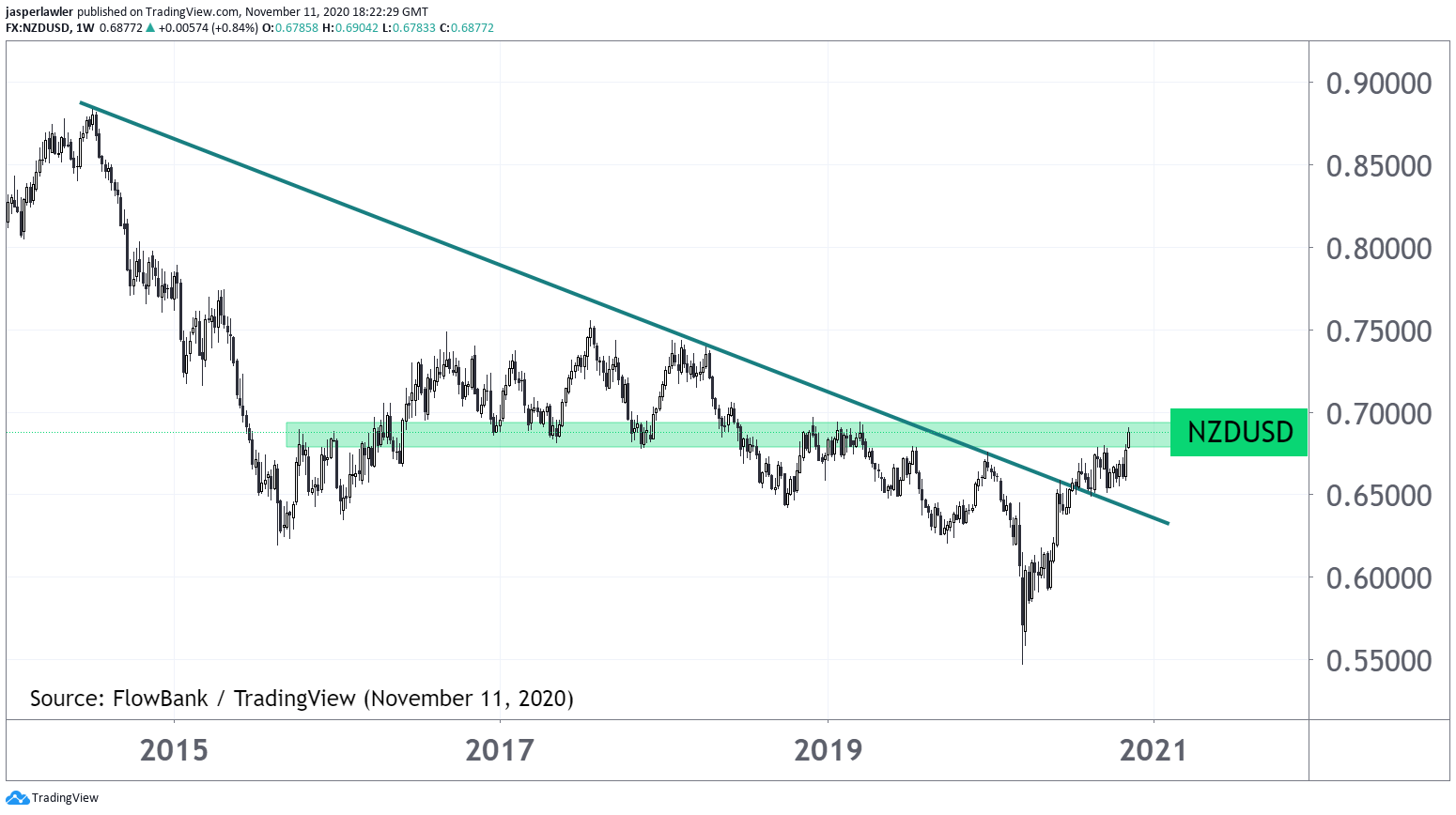 NZD/USD has broken out to new 2020 highs and is now within a key resistance zone just under 0.70 that also acted as major support in the past. The latest move higher follows the break of a 5-year old down-trendline.

The act of stimulating the economy by increasing the money supply or by reducing taxes, seeking to bring the economy (specifically price level) back up to the long-term trend, following a dip in the business cycle. - Source: Wikipedia

Since the US election and with the news of an effective vaccine from Pfizer, investors are making a different kind of bet than what has worked so far this year. Investors are now betting on reflating asset prices in an economy that is heeling after the pandemic with the help of large government stimulus.
Up until recently bond yields had been headed lower because of huge central bank bond buying that pushed the price of the bonds up (and yields down). At the same time, investors preferred the safety of government bonds when there was economic uncertainty. Now the 10-year US treasury yield is back to its level from March and the yield curve is its steepest since February 2018. While central banks are artificially holding short term rates lower, longer term rates are rising on hopes for a brighter economic outlook.
The US dollar has been falling in value for most of this year, but it has just been unwinding huge gains that took place in March when the pandemic first struck a nerve in financial markets. What is potentially happening now is that the other foreign currencies are not just being valued  relative to the strength or weakness of the dollar but are strengthening in their own right.

The New Zealand dollar has been a standout FX performer this year - in part because New Zealand has avoided large numbers of coronavirus cases but also because of its proximity to China, which will according to official figures be the only large economy to grow in 2020. China is New Zealand’s largest trading partner. New Zealand exports $20 billion in dairy, meat and wood products and has a roughly $7 billion trade surplous after accounting for imports from China. 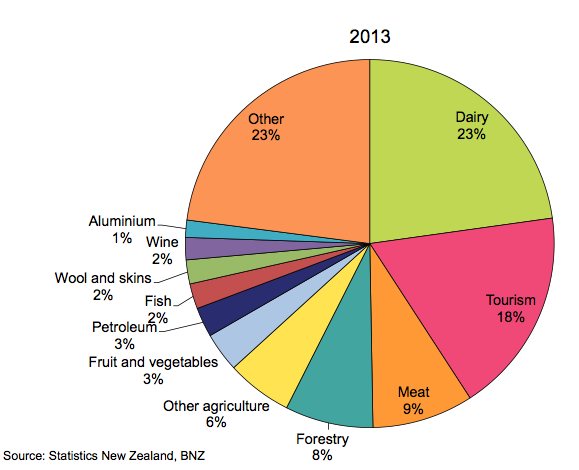 If you believe that the first ever joint debt issuance in the European Recovery fund worth 750 billion euros and another US stimulus bill, perhaps worth $1-2 trillion alongside an effective vaccine against COVID-19 that allows economies to reopen will all contribute to rising growth and inflation- then a natural beneficiary would be the New Zealand's economy. By extension, the RBNZ could be one of the first central banks to normalise policy lending strength to the NZ dollar.

Overbought. The Kiwi has already seen substantial gains off its March low. The currency has rallied an impressive 25% and nearly 1500 pips in 8 months. From a technical perspective it is overbought and could turn lower near the big 0.70 handle.

Too soon. The latest news from Pfizer is very encouraging but the path to a readily available vaccine is still uncertain. Every week counts because European countries have already been forced into economically-damaging second lockdowns. The United States could be about to head down the same path if the situation doesn’t improve quickly. The upshot being that the move into reflation trades could be too early if we have to live through an uncertain double dip recession first.