What is Proof-of-Work? How it differs from Proof-of-Stake.

Proof-of-Work allows for distributed control and its consensus protocol is based on cryptography and game theory. However, because of certain hurdles, alternative solutions like Proof-of-Stake are becoming increasingly popular.

Consensus steers collective action of unknown network actors and builds on crypto-economic models. A consensus is supposed to be attack resistant because of the rules that determine how the ‘’game’’ is played. Mainly, the ‘’game’’ is fueled by a reward mechanism that pays tokens to actors in the network that successfully and fairly validate transactions that occur on the given blockchain.

Consensus also means rules, rules that act as automated policy enforcement like an infrastructure. The encoded rules set all rights and obligations that actors (a.k.a. ‘’nodes’’) must abide by. Encoded rules define conditions for transactions; how they are created, how they are sent from peer to peer, and how they are verified.

The goal of the consensus mechanism is to enable nodes to achieve their network goals, whether that means sending messages securely, or validating transactions or what have you. A reliable consensus mechanism is suppose to fend off attacks from malicious nodes (because there’s always a bad apple in the batch). The problem is that it is difficult for a distributed network to reach agreements about which data is correct and which is false, so it needs a mathematical solution for trustless-ness. Enters Proof-of-Work.

Proof-of-work is literally a mathematical solution. It’s a mathematical proof like those we learn as kids in geometry classes. This solution solves the dilemma I alluded to early, the dilemma seen between untrusted nodes (nodes that don’t trust each other but still want to interact). The dilemma is that it is really hard for a network to be both attack-resistant and fault-tolerant at once. Before Bitcoin was invented, transactional networks could only be one of the two and usually the former.

Proof-of-work offers a solution that helps two untrusted sides interact economically in such a way that cheating is infeasible. This has a cool philosophical ring to it; imagine that while two countries are at war, the might share a mutual Nash equilibrium in which trading medicine for injured soldiers and prisoners of war could be useful to both. Even if this is unlikely to occur, it could be done via a trustless system which is structured by a proof-of-work consensus.

So, proof-of-work (PoW) is like a ‘’skeleton’’ that draws the lines and boundaries of where the blood can go. It is designed in such a way that those who respect rules and spend money (kind of like a pay to play arrangement) get a reward in the form of tokens (for example Bitcoin). Secondly, PoW is designed so as to make cheating really hard because of the costs incurred to play. While cheating is possible, it is designed to be highly unprofitable. The idea is that a rational economic agent would be deterred from such an endeavor.

Above we covered the ‘’Proof’’-part i.e., proof like in math class. The ‘’Work’’-part regards what network actors (nodes) do with their computers when they want to check a transaction and add a ‘’block’’ to the network’s ledger (the record book so to speak).

The nodes here are generating something that contains value because 1. there are many participants competing for a scarce resources (the token reward, which they indirectly financed via the pay-to-play schematic) and 2. they create market efficiency for trustless peer-to-peer transactions which is a market the entire unbanked world needs.

But what the heck are the nodes solving exactly? What are their computers trying to make sense of? Enter ‘’Hash’’. Hash is a word that means something like secret code. If you saw the movie Imitation Game where Benedict Cumberbatch plays Alan Turing you’ll know that they were trying to intercept of message from the Nazi camp—an attack order they are trying to intercept to win the war. What Turing did was intercept a hash sent by Nazi’s and decode it using computing power.

This sort of hacking is what the nodes are doing to a transaction’s hash on blockchain. Imagine that a hash is a secret way of communicating information and that I do this by changing the ‘’A’’s in my words to something else like ‘’4’’s. The miner’s (nodes) objective is to use the proof-of-work consensus as context to guess what the ‘’4’’s mean, except it’s really complex PhD level mathematics that is hard to conceptualize and solve for.

All this coding, encoding and decoding comes at a cost however. When a computer uses its Nvidia GPUs and the house’s electricity, a cost called ‘’CPU cost function’’ is incurred. This implies that cheating will result in annoying sunk costs i.e. money you cannot recover. Furthermore, PoW consensus used by Bitcoin are very energy consuming and experience latencies i.e. the difficulty of solving a ‘’Hash’’ code results in a block creation time cost of 10mns.

While Bitcoin’s Proof-of-Work was and remains a groundbreaking invention, the downsides to its slow, energy intensive and favoring of those who have more economic resources to spend, has triggered engineers to build out a variety of alternative consensus.

Proof-of-Stake is a consensus mechanism where only network actors who have a financial stake in the network can add blocks to the ledger. Differently from Proof-of-Work the nodes who validate transactions do not compete with each other to make a block of transactions. Instead of giving up energy to validate a given block, users must prove that they own a given amount of the network tokens to make a block. The tokens in one's wallets represents one's stake in the network.

Proof-of-Stake was first introduced with the ‘’Peercoin’’ network and shortly thereafter, others joined in with Ouroboros (Cardano’s PoS) being the most well known today as well as Polkadot. The Ethereum project currently uses a Proof-of-Work consensus, but it plans on revamping to Proof-of-Stake. The smart contract decentralized platform uses PoW differently than Bitcoin in that it uses a different hashing algorithm (what’s used to make the secret code), its block time target latency is 15 seconds and has a different payout scheme to BTC.

Ethereum developers are now building out a separate set of upgrades for Ethereum 2.0 so as to achieve what PoW achieves but without the massive hardware investment. PoS validators dedicate their cryptocurrency to secure the network (staking) so no need for as much hardware. According to the project, PoS beats PoW in that since earning reward is not base on having the most computing power, more developers can join the party. This implies that more nodes will allow for further decentralization and more resistance to attacks. Lastly, PoS uses much less power than PoW so Elon Musk might be more inclined to accept ETH instead (though unlikely). 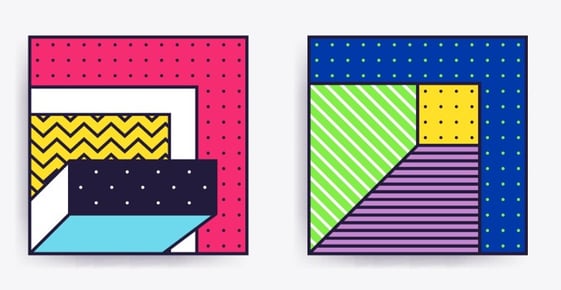 Ternium: most undervalued steel producer in the Americas?