ARK in a Bear Market: Buy the Disruptive Innovation Dip?

Cathie Wood will be feeling the heat as her wildly successful ARK Innovation ETF extends its year-long rough patch. Is it time to BTD?

In the first week of December, the The ARK Innovation ETF posted its worst week since February, getting hammered by nearly 13% to the lowest in more than a year. 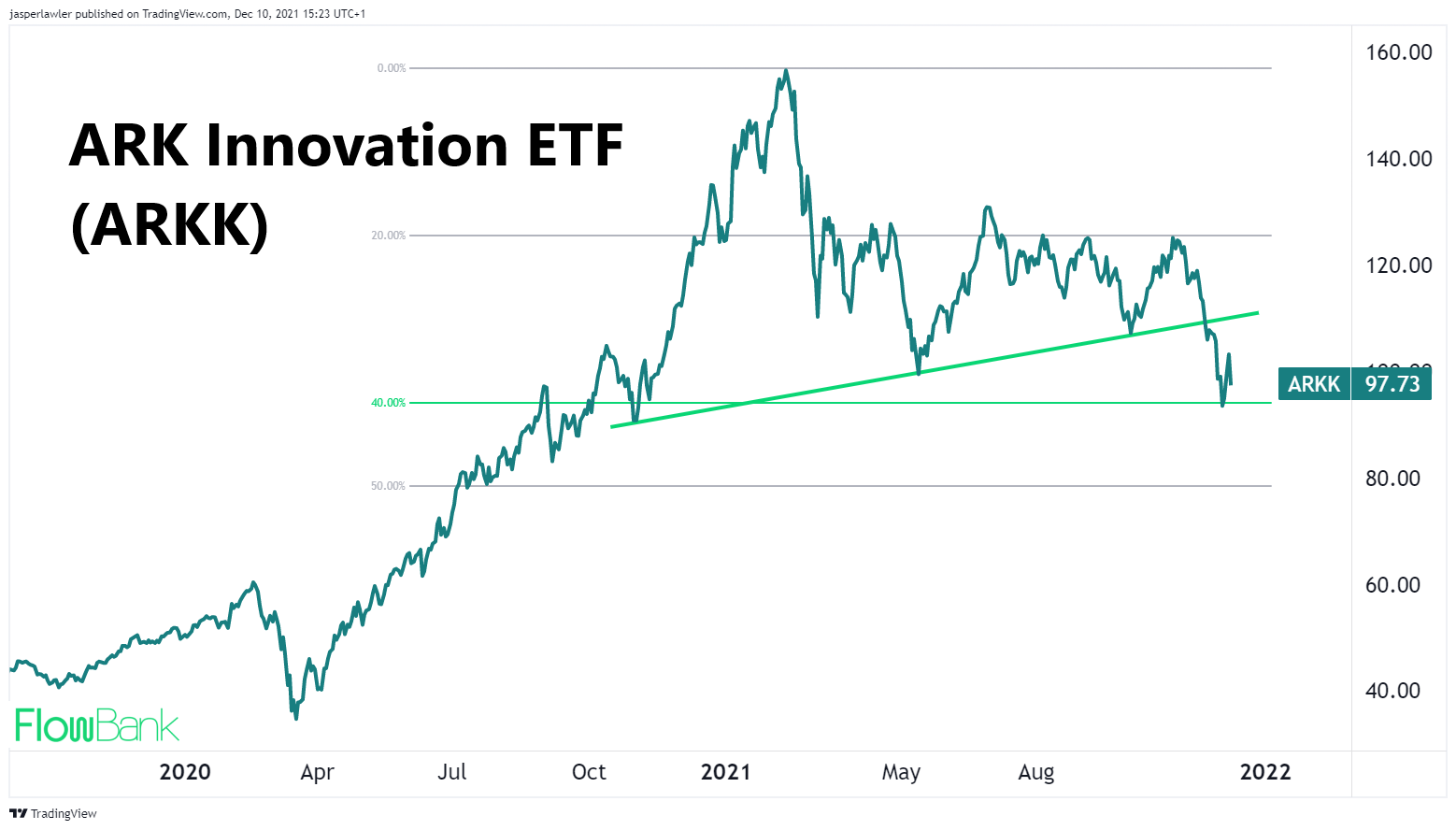 The 20% drawdown line demarking a bear market acted as resistance for most of 2021. After breaking below a rising trendline, the price fell more than 40% from its peak in February. The 40% drawdown line has acted as support. Should it give way, the 50% drawdown level around $80 could be next support.

All of the ARK funds have been going through a rough patch since peaking in February. All (except for the ARK Autonomous Technology & Robotics ETF (ARKQ)) are in negative territory for the year. As a reminder, the S&P 500 has risen 25% this year.

Since all the funds revolve around the same general theme of ‘disruptive innovation’ and involve Cathie Wood’s trading strategy of buying weakness and selling strength - the performance correlation is unsurprising - afterall, in 2020 they were all rising.

Why are the ARK funds doing so poorly?

Downtown Josh Brown recently described ARK on CNBC as “being the most despised corner of the market right now after having been the most loved part of the market a year ago.” 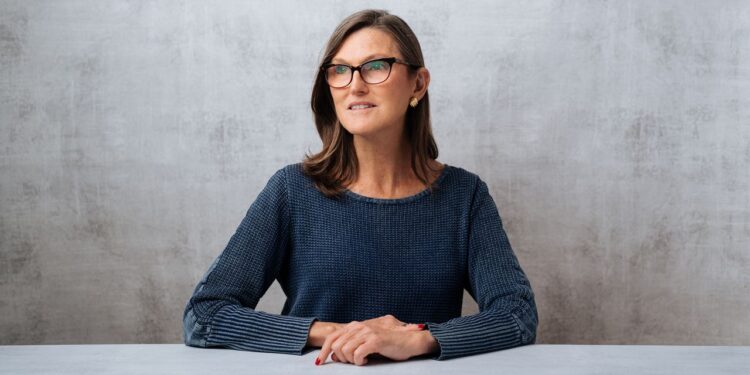 That succinct description explains a lot the underperformance of the ARK funds - the huge gains of 2020 could not be sustained indefinitely and some ‘give back’ was always going to be necessary as investors rotated into other parts of the market with more upside potential.

The Research Team at FlowBank has been talking about the ‘Great Rotation’ from growth to value since the start of 2021 and although it has gone through fits and starts (like the rise in bond yields) and with some notable exceptions like Apple and Microsoft - it has pretty clearly happened. The capital needed to power bank stocks, energy stocks and other cyclical sectors of the market this year came from the kind of high tech growth stocks featured in ARK.

From bad to worse thanks to the Fed

Folded into why this rotation was happening was the big theme for markets in 2021, which was ‘the reopening’. Top holdings like Teladoc and Zoom were top beneficiaries from lockdowns and top losers from the reopening.

More recently, the pain for ARK bulls has been extenuated as central bank policymakers signaled a more hawkish monetary stance and readied markets for higher interest rates next year. Higher interest rates typically have the effect of lowering P/E multiples in the stock market - so those stocks with the highest PE ratios (i.e. disruptive innovation tech stocks) have been hit the hardest.

Buy the dip in ARK?

The ARK Innovation ETF (ARKK) currently holds 25 stocks, as of October 31 2021. If there are some you like and some you don’t, all of these stocks are available to trade using the FlowBank investing app.