Tesla might open its charging network to all Electric Vehicles

Starting next year, other cars will be allowed to charge at Tesla’s supercharger network in Norway. If it stays in Norway, it is no big news, but if this authorization spreads, it could become a very big deal.

Tesla operates around 2,500 stations with more than 25,000 Superchargers around the world. The Tesla Supercharger is a prominent public display which one cannot miss driving by, providing energy for Tesla owners.

The only issue with the Destination Charging ( DC ) fast-charging stations is that they are proprietary, meaning that they cannot be used by other EV brands. The company does offer level 2 C stations, but these take a while to load cars.

It is now well known that Tesla owns the best power grid in the world. For long trips outside of town, the only viable solution is a Tesla if you want to reliably have access to charging points. Tesla understood very early on that the ease of charging would be a strong selling point if they wanted to convince customers to get away from the comfort of fuel. It was even free initially to encourage sales.

Maintenance is one of the key issues of their offer, but with many big stations having 8 to 40 chargers going up to 350kw, having one or two chargers out of order is only a minor issue. Not only that, but the charging time is low. Having all stations taken is not that big of an issue for the last arrived. Not many other chargers can boast the same: a line of 2 can quickly turn into a 2 hour wait.

Finally, there is little to no user interface: billing is all handled over the cord, which knows how much energy you used. This simplicity takes off another risk, that of a failing billing interface that would dysfunction for any given reason. Of course, electricity sots much less than gas. Prices of electricity vary depending on charging speed, time and location. The amount is automatically billed on the user’s Tesla account.

Talks of opening Superchargers to all electric vehicles was said to be ongoing with the German Federal Minister of Transport Andreas Scheuer, but nothing had ever come out of it. It seems that Norway might be the first country to have this wish granted.

Tesla and the Norwegian government are now discussing a requirement that would ensure that Supercharging stations that were built, or will be built, using public funds need to be usable by all EV drivers, whatever their car brand. It does make sense as Norway has spent millions to promote the sale of EVs and their complex infrastructure to become the leader country in terms of EVs on the road.

The only final agreement is reported to be that a small number of publicly founded superchargers will be available to other EVs by the third quarter of 2022, so that it can qualify for a charging station subsidy. According to Tesla’s website, they have over 100 Supercharger stations in Norway.

The same event is likely to happen in Sweden as well as a report showed that the Swedish Transport Administration was setting up funding to build more EV charging stations. Indeed, if publicly funded, these charging stations will need to be available to all cars, and not restricted to a single brand. Note that these discussions are still in a very early stage, and that no change should be expected any time soon. 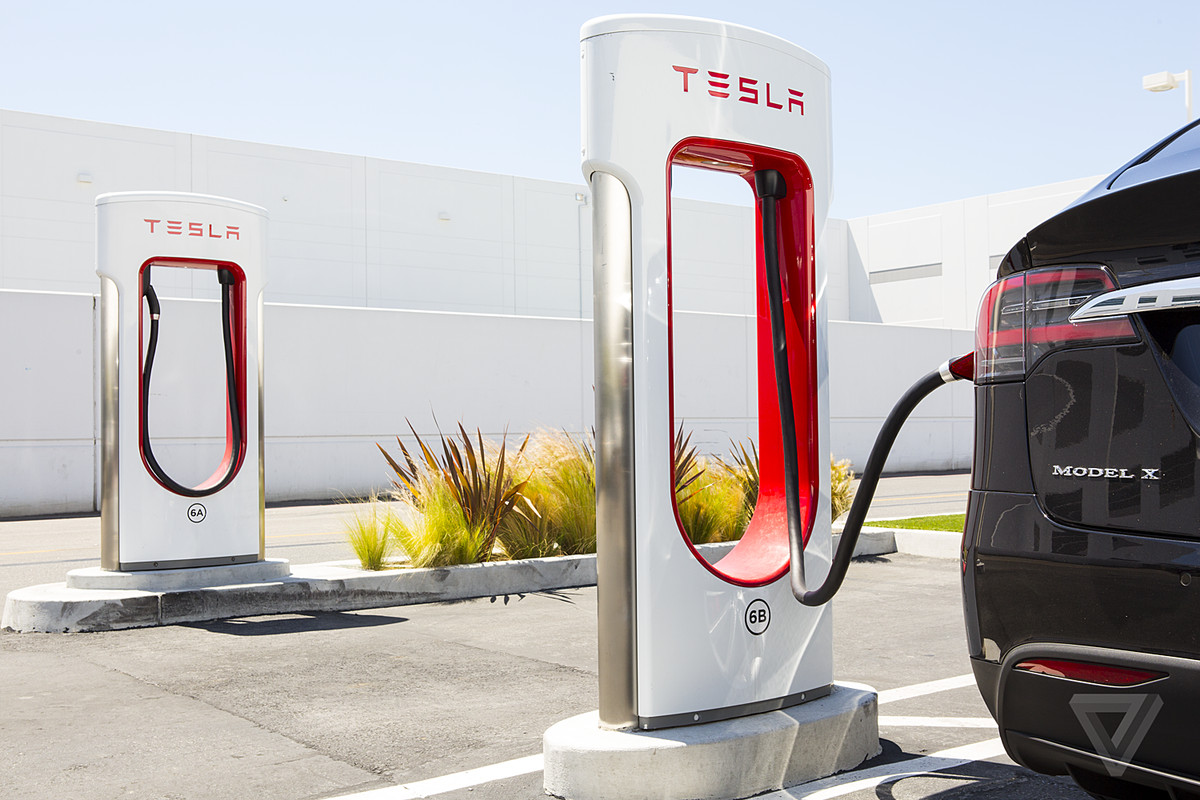 It would be monumental if Tesla opened its charging network to the world. In the end, the main issue for EV adoption is a chicken and egg one; people will not want to drive electric if there are not enough charging stations to use, and governments and companies will not want to build more of these if they remain unused.

Tesla opening its charging network would therefore not only offer many more options to EV owners, but it would also accelerate the adoptions of EV globally.

On the one hand, Tesla could make money from competitors charging at their stations. They could even charge more for non-Tesla owners, as they claimed that what they charged to Telsa owners came at a cost.

But until now, it seems that Tesla did not feel like sharing, for a few reasons. First, their network is a massive advantage, which they might not want to share with other automakers. Additionally, it would mean that all cars could charge anywhere, while Tesla would be stuck at their own Superchargers. What is more, it would use much more of Tesla’s charging capacity, something that Tesla owners would not be too happy to see. What is the point of owning a Model X if you have no charging privilege over entry vehicles?

In the U.S. Tesla developed a technologically superior connector. It supports all charging powers, all in one. The regulatory pressure in Europe has forced them to comply to the CCS cable which makes it easier to charge in every station. In the US, drivers have to carry an adaptor to use all stations, but very few have it – the reasons why Tesla did not simply give it to other stations is a mystery.

Having more than one fast charging standard surely complicates things, in the same way that we have Diesel and gasoline cars. In an ideal world, every charging station would work the same, and charging one’s EV would be as simple as getting fuel at the gas station.

The main issue with Tesla is that they are simply a little too far ahead of the competition in the US and Europe. Not only are they first in terms of sales, but they also have the widest charging station presence as well as a superior technology. Why would they want to comply to an inferior one? Sharing is caring, but until now, they preferred their innovations and competitive advantage. Is this about to change?