Fast coffee: Should Nespresso be fearful of CoffeeB?

Quick, affordable, and accessible, coffee capsules have revolutionised the way millions of people drink coffee. Capsules are convenient for coffee consumption at home or in the office, in less than half the time it would take to brew your own coffee.

At what environmental cost?

It is estimated around 12’300 cups of aluminium-capsule coffee are consumed worldwide every minute. Research also suggests 29’000 discarded coffee capsules end up in landfills every month, or almost 350’000 a year, resulting in mountains of waste of both aluminium and polybutylene terephthalate plastic (PBT), the two main types of materials used to make capsules. And, it is estimated coffee pods take 500 years to decompose. As consumers become more conscious of the environmental impact, many are questioning how coffee consumption could become sustainable.

Swiss consumers are strong believers in zero-waste, recycling, and composting. And, a Swiss company just launched a new wave of ‘fast’ coffee consumption, with a “no waste” twist!

Swiss brand CoffeeB, part of the supermarket group Migros, has developed a solution to produce fast coffee without using capsules at all, removing the need for aluminium and plastic altogether. 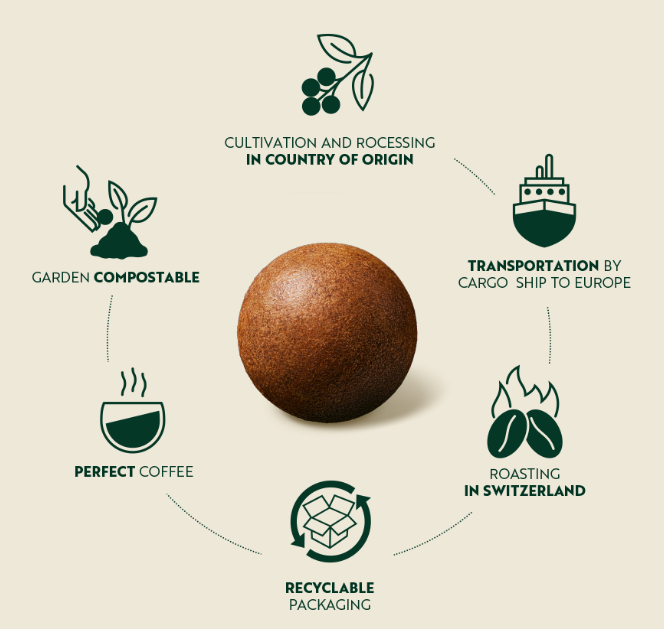 The new “no waste” system uses pressed coffee balls, enveloped into a thin coating layer made from raw-vegetable-based material, locking in the freshness of the ground coffee.

The brand has high hopes that its lead on “no waste” will set a new standard. And so far, judging from the lack of stock availability, demand is strong.

However, buying a new machine may deter consumers from switching to CoffeeB.

Should Nespresso be fearful of disruption?

While CoffeeB is so far the only one doing this new zero-waste, ‘no-capsule’ model, rivals have a very well-established system of capsule coffee, which could make it challenging to set a new standard.

Nespresso, a unit of Nestle, is well-established with its chic coffee machines and boutiques selling Nespresso capsules. It has enormous success, selling more than 14 billion Nespresso capsules every year in 84 countries. In other words, more than 400 Nespresso are drunk every second.

Most of the efforts to be more sustainable are towards the recycling of coffee capsules. Unfortunately, only a third of coffee pods are currently recycled. Nespresso does offer recycling bags to return the used capsules. The aluminium is then processed and turned into new items. The offer may be tempting for environmentally aware consumers but could be insufficient now that there are plastic & aluminium-free alternatives.

Lavazza, the large Italian coffee manufacturer, in 2019 launched a range of compostable one-cup pods that break down in six months. The innovation, commercialised at the same price as regular pods, was a significant step. But today, CoffeeB goes a step further, with its own solution that doesn’t require a capsule.

The market for coffee capsules is highly consolidated amongst Nestle and JAB Holding Company. 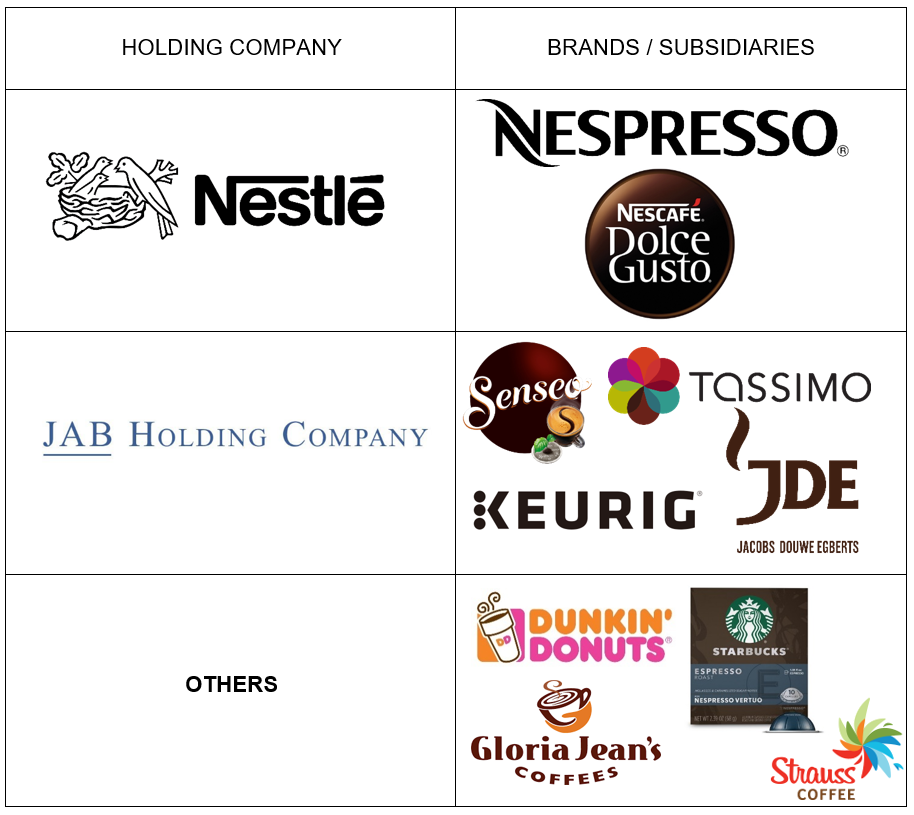 Nonetheless, if large rivals such as Maison du Cafe, Senseo, Starbucks, or Tassimo put the resources to launch a product based on CoffeeB’s innovation, it could gain market shares thanks to its sustainable appeal. Nespresso could still come up with its own model of zero-waste capsuled. In the meantime, CoffeeB will likely have the wind in its sails.

Evolving packing technologies with an ‘environmental’ twist may add pressure on large coffee capsule vendors to innovate. Their ability to compete should be strong thanks to their significant resources, and to their established supply chains and distribution channels. It is now a matter of whether consumers demonstrate enough demand for ‘no waste’ capsules such as the one produced by CoffeeB, to stimulate large rivals to come up with their own sustainable solutions. For now, Nespresso doesn’t need to be afraid, but it could change quickly.