LVMH: the success story of Bernard Arnault, the richest man in the world

Bernard Arnault and his family recently surpassed Jeff Bezos and Elon Musk to have the world’s biggest fortune. What is the story behind his success and why is LVMH (Hennessy Louis Moët Vuitton) doing so well?

The history of LVHM: a series of acquisitions

It all started in 1984, when a then 35-year-old Bernard Arnault noticed that the luxury company Christian Dior was for sale. Arnault began his career by working in his father's manufacturing company. So far, Arnault had worked for 10 years in a construction firm founded by his grandfather and had no expertise in the luxury segment. Nevertheless, he believed in the potential of Christian Dior, and took $15 million from his family's construction business, added it to a $45 million sum provided by Lazard Frères and Arnault acquired Boussac, the parent company of Dior. Little did he know that this was the only the beginning towards building one of the world’s biggest fortunes.

Within 2 years, Arnault completely turned the company around, firing over 9,000 employees and selling the company’s disposable-diapers and other textile operations for $500 million. This success easily made up for his initial investment and encouraged him to begin one of the largest buying sprees in business history.

LVMH Empire Stock as an Investment

What attracted attention on the stock recently is that Arnault, now Chairman and CEO of LVMH, keeps buying shares of the company, which might suggest that even though it is trading at a record high, its valuation might not be so excessive. On the chart below, green dots indicate his purchases of the stock. Arnault seems confident in his company’s success. 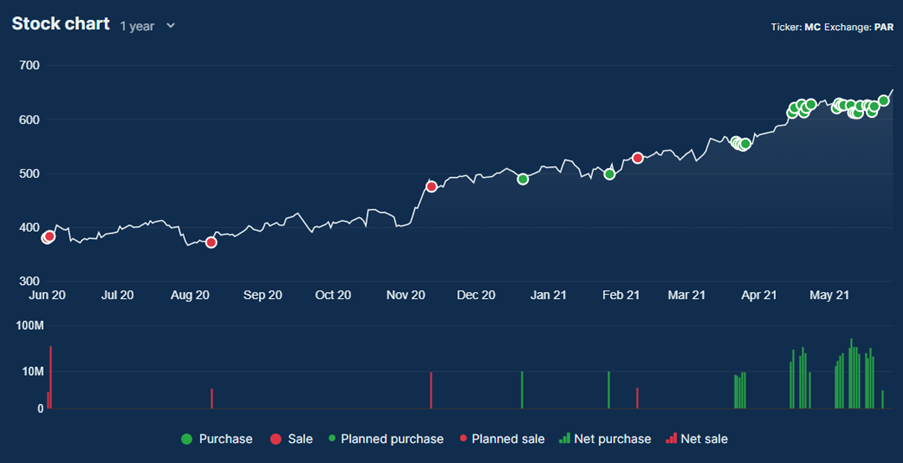 The company has plans to capitalize on a growing middle class in emerging countries as well as the growth of e-commerce, which thrived during the pandemic.

“Crises make us stronger. Our Maisons have experienced their fair share of them during their many decades in existence, but as long as we learn from them, they can be a powerful driver for the ensuing years of growth,” said Bernard Arnault.

Every sector of the company from the Fashion and Leather Goods to the Wine & Spirits showed a decent recovery from the pandemic. Wines and Spirits sales grew 29% between Q1 2020 and 2021, while Watches and Jewelry sales soared 138%. While most still suffer from pandemic-related issues, they should naturally pick up pace once restrictions ease.Jasmine

Finally, its valuation claim is at a forward P/E of 37 for 2021 and 32 for 2022. It is a rather demanding valuation which rests on the pursuit of growth for the company and demands caution from potential investors. But it seems that considering the previously mentioned facts, there are no major red flags. LVMH will not satisfy day traders but might be a potential play for buy and hold investors. 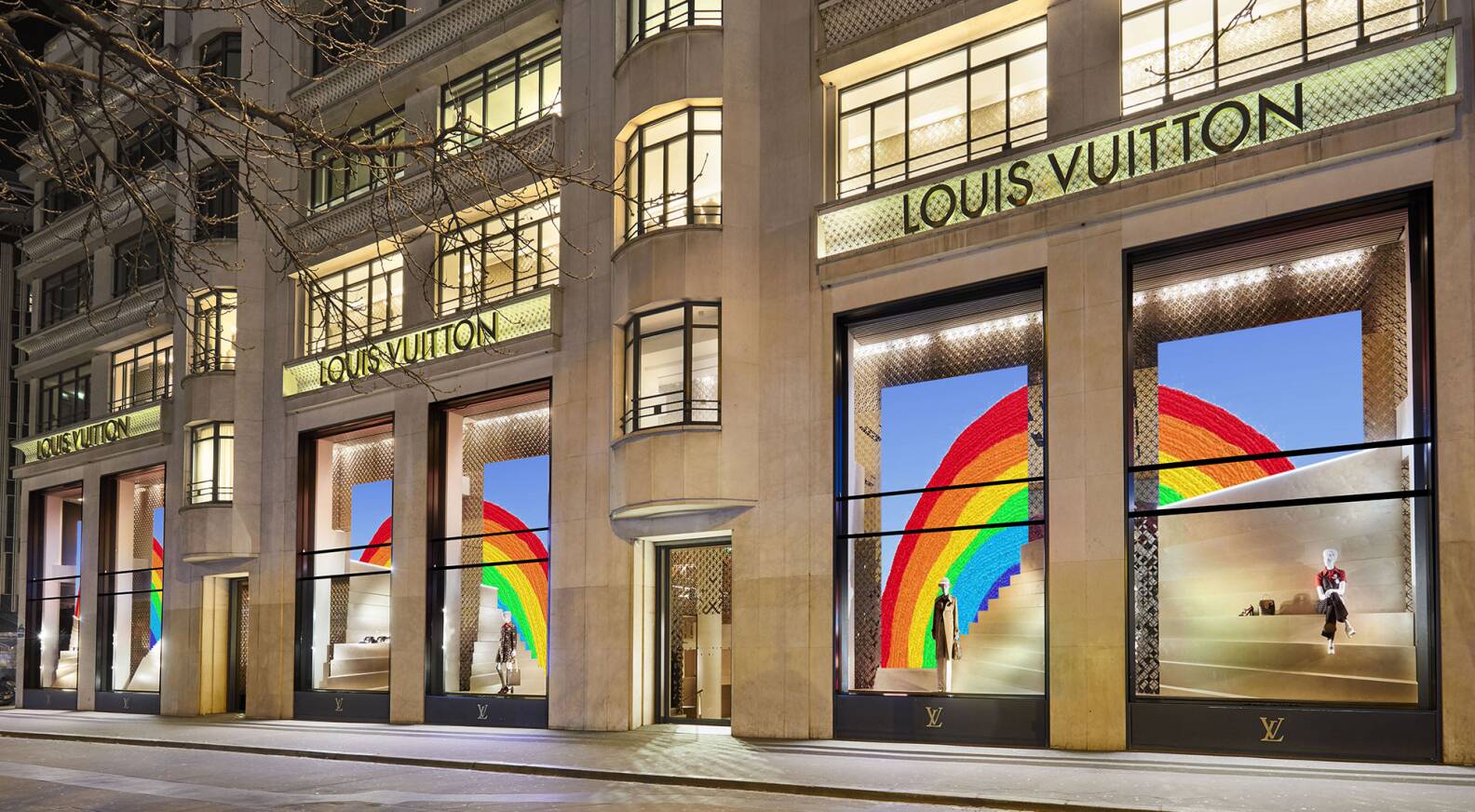 Louis Vuitton, one of the company's leading brand (Source: LVMH)

The luxury market overall performed well during the pandemic. And LVMH’s success is of course directly linked to the growing number of consumers in this segment. This is especially the case in emerging countries, where a growing middle class and easier access to goods thanks to e-commerce has sent sales soaring. We can see this in the company report, which shows a +26% growth in Q1 2021 sales for Asia vs. the same period in 2019.

E-commerce and digitalization have also played a key role in the development of the luxury market. Luxury brands have long been reticent to jump in, fearing that being to easily available might hurt their image, but seeing the massive business opportunity it presented, most have finally embraced the trend, including LVMH.

This is not only a way to bypass lockdown restrictions. Online business is also a new opportunity to open new sales and marketing channels, reach new customers and realize higher margins. Want to maintain your brand’s image? Forget promotions, like LVMH did.

According to Forbes’ real time billionaires list, Bernard Arnault, the chief executive officer of LMVH Moet Hennessy Louis Vuitton and President of the Board of Directors at Groupe Arnault SE (family holding company), is at the top, bypassing Elon Musk ($156.4 billion) and Jeff Bezos ($187 billion) with an estimated net worth of $191.7 billion.

This surge in the ranking is simply due to LVMH’s stock price which soared from 3378.9 EUR a year ago to 655.60 EUR this week. This brought about a massive rise of Arnault’s fortune, which grew by over $110 billion in the past 14 months. On Monday last week, LVMH’s stock closed 1% higher, and this seemingly small price increase resulted in almost $2 billion for Arnault. Things happen fast when you own so much.