South Africa is one of the largest EEMEA players, and its equity market is showing promise as a global value opportunity. We explore the economics of what might be behind this momentum, and what this opportunity entails going into 2021 .

South Africa, Saudi Arabia and Russia are the largest equity markets in the EEMEA region with South Africa seeing a champion in Naspers, whose market cap is north of $86 billion. South Africa has shown to historically correlate with China and commodities, and in terms of valuations, it currently offers bargains that would make Warren Buffett’s eyes water.

Emerging markets in general are currently offering prices at a discount, so South Africa is just offering a double discount at this point. Its stock exchange has a large offering, and accounts for 28% of the entire EEMEA free float market cap. It has generated just under 20% of the region’s annual profits however, with Russia and Saudi Arabia taking the lion’s share. South Africa’s main Johannesburg index gained 5.2% in January and according to Bloomberg analysts, could test the 70,000 level this year and showcase a 12% upside.

South Africa’s front-line regulator is the Johannesburg Securities Exchange (JSE) which offers equities, bonds, commodity, and derivative products. There are two benchmark indices with the FTSE/JSE made up of 142 firms and the FTSE/JSE top 40. There is also the MSCI South Africa Index who focuses on 37 constituents. South Africa is the most liquid market of equity derivatives in its region, and the largest sectors in 2020 were consumer discretionary (long held up by giant Naspers), Financials, and Materials such as mining.

South Africa has shown an upward trend in its consumer discretionary sector which grew around the waist from 13% to a weight of 37% of all sectors. A fall in financials of 4% and a decrease in materials of 4% both resulted since 2006 figures. However, while financials do not carry the same weight as consumer discretionary, it was the source of the highest profit returns equal to 43% of all profits made. With a heavy involvement in mining from its materials side, a blooming Chinese demand could benefit the country’s equities.

Equities have shown interesting bargain levels in the price to equity ratios, their price to book. Usually the lower the ratios, the cheaper the firms, or the lower the premium on the share price. As of January, the emerging markets 12-month forward P/E was reached levels close to 15, above its 20 year average of 12. Excluding giant Naspers, the South African MSCI P/E equivalent fell below 7 in 2020, and only grew slightly to levels closer to 8.5 this year. This is quite the standard deviation from the average.

The story seen in their historical price to book ratio, an indication towards what a company would own were it to suddenly sell off all its assets and pay its debt, is one either of undervalued firms, or imperiled businesses. We think it could be the former as the ratios are above 1 and other earning metrics indicate that while earnings growth has been low, it has been steady and positive during the pandemic compared to negative for average emerging market constituents, see graph below. 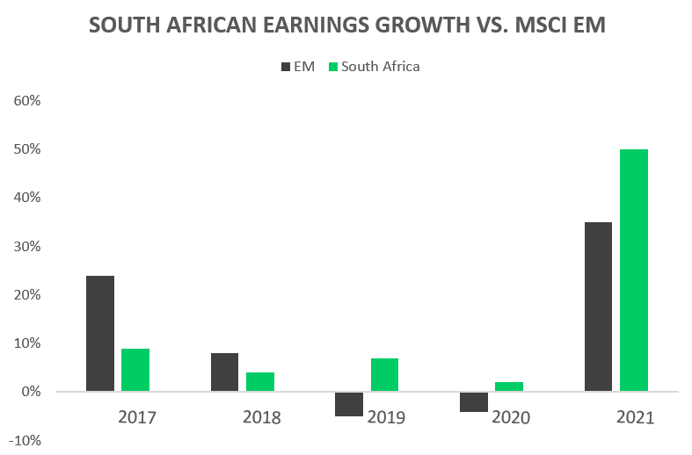 South African stocks have seen an increasing amount of correlation with emerging markets, a correlation close to 85%, the most in all the EEMEA region. Currently, we see PE ratios below EM averages and PB ratios trading at par with EM averages. Commodity prices are said to be a major driver to South African earning cycles, and this could be because 20% of South Africa’s MSCI market cap index is made up of materials, and 37% of consumer discretionary (so about 60% exposed to cyclicality).

All in all, this is good news assuming a ramping up in economic activity, increased demand from China, and growth in commodities. Most of this year’s growth was however down to four companies. This is a bear’s argument suggesting a lack of diversification in South African equities. Naspers will however continue to benefit from a burgeoning demand for online services, diversified mining giants BHP Group and Anglo American supply the world’s largest consumer of commodities (China), and Richemont will also benefit from China with shoppers buying more luxury products.

What are the most corollary elements to a strong South African equity market you may wonder? Rising demand from China, a strong S&P 500, copper, and platinum. South Africa tends to see growth when these elements combine smoothly, and recently have seen a tapering off in correlation with oil. In 2020, the economy contracted 7.2% in 2020, but could see a growth of 2.9% in 2021. Covid-19 was a problem, however other issues stood in the way such as persistent electricity shortages.

The tourism sector was hurt by the pandemic with foreign arrivals falling 65%. Tourism represents about 3% of GDP or 9% of employment. Estimates indicate that prices could rise mildly on food, petrol and electricity products which is concerning as the country struggles to improve its electricity crisis with Eskom’s distribution plan coming out on March 31st. The country also has a very high unemployment rate of 29% with little signs of slow down or improvement even from 2008 figures of 23%. Lastly, South Africa is seeing a historically low interest rate environment and unprecedented levels of monetary and fiscal policy.

Financials and industrials are vulnerable to a weaker rand and considering the large stake financials has in the South African economy, we should look at the Rand’s latest performance. The rand saw a positive last week with the Rand 1.15% firmer at 15.025 against the USD, thus passing the psychological level of 15. Bonds also rallied with the 10-year yield on government bonds down 3.5 bps to 8.735%. Local data shows a credit expansion ticking upwards, and a positive trade balance of 32 billion rand. 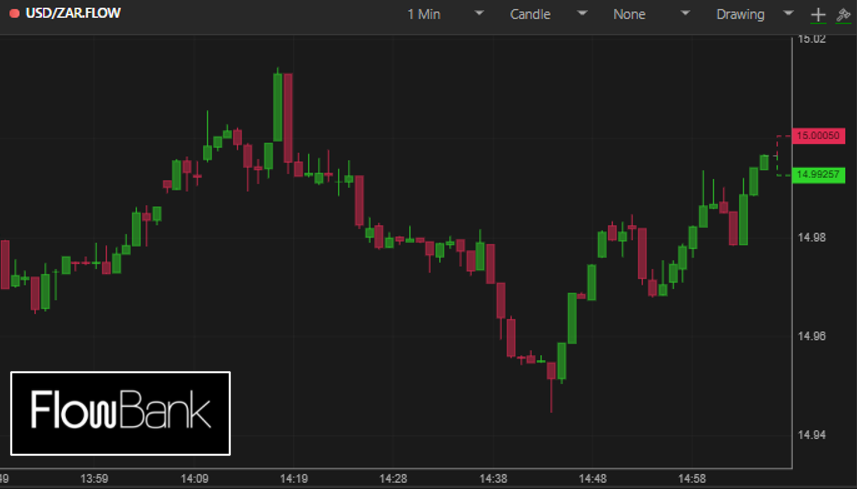 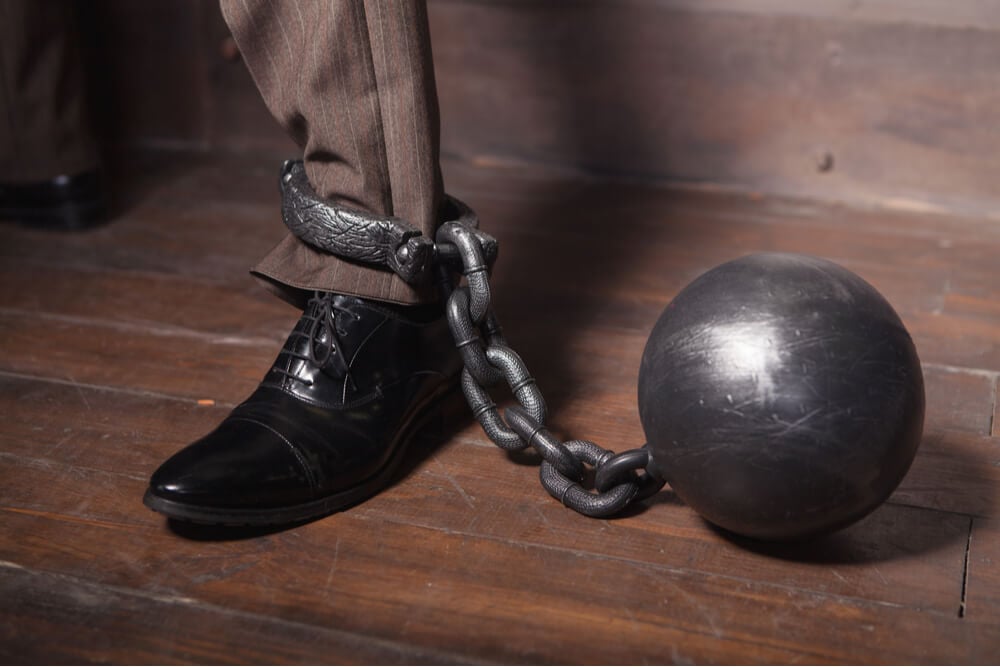 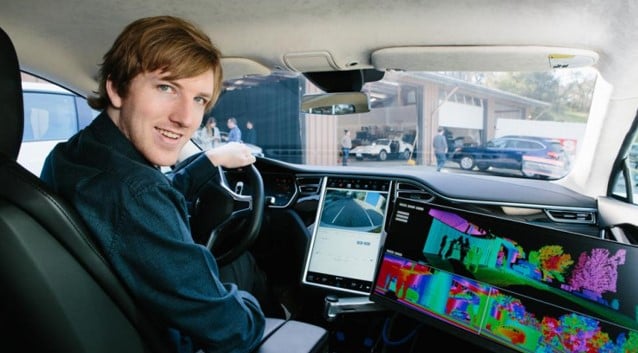