If you’ve ever dream of being part of a space adventure, it might be possible soon, as Starlink recently announced they might become a separate entity from SpaceX and potentially go public.

Starlink is SpaceX’s internet venture. It is meant to be a satellite internet constellation built by SpaceX, with the aim to provide high-speed internet all around the globe. The fleet should be composed of thousands of small sized – 260 kg –, mass-produced satellites orbiting in our low-orbit.

The project quickly drew many eyes to itself, so much so that various military and scientific organizations showed interest in having their own satellite. The project started in 2015 and should last around a decade, with a total cost of roughly $10 billion.

The first test satellite was launched in 2018 and as of May 2019, 60 operational satellites were in orbit. The plan is to launch around 60 more very soon and to have 1’440 satellites in orbit by late 2021 or 2022, providing a near global internet service. 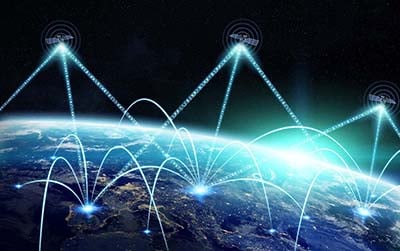 Helping the earth from above

This service would not be just another “nice-to-have” internet speed. As you may have heard, terrible wildfires devastated some parts of Washington state recently. To support the rescue missions, Starlink was able to provide the Washington Military Department's Emergency Management Division by providing them with internet access in areas where there was originally no service, useful to both emergency responders and the public.

“What happened is that they happened to have satellites that could reach our area,” said Steven Friedrich, a spokesperson for the Washington Emergency Management Division. He also added that such disasters would not only be a one-time case. Indeed, just off the coast of Washington, parts of the Earth’s crust are moving a little more than they should, right under north America. This could maybe cause heavy damage which could take the power off for weeks. In such case, many communication issues may arise. And no earthquake can ever affect a satellite quietly orbiting in space.

As you may have already heard, Elon Musk was also criticized for the project, as placing thousands of satellites at low orbit could increase the chances of space débrits falling on our beloved planet. Many scientific organizations drew attention to the fact that so many objects in orbit could disturb our space visibility, a concern to which Elon Musk responded by adding anti-reflective features to the satellites. The European Space Agency also said that they were forced to alter the trajectory of one of their observatory satellites to avoid an unwanted collision with Starlink’s fleet.

Despite these various oppositions, the FCC (Federal Communications Commission) agreed last year to launch 30’000 satellites in addition to the 12’000 that are already planned. This is going to be some party up there. 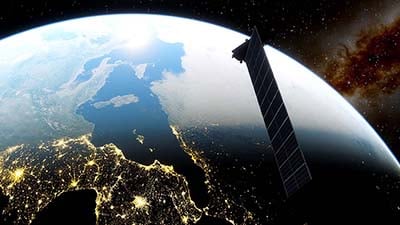 SpaceX president Gwynne Shotwell stated that they probably wanted to make Starlink a separate entity and take it public. It could be a great source of revenue in order to keep the SpaceX project going. However, Elon Musk said he would not consider making the company public before it has a “smooth and predictable” revenue. Moreover, he also said that he will give priority to retail investors when the IPO happens.

We can read all that in one of his tweets: “We will probably IPO Starlink, but only several years in the future when revenue growth is smooth & predictable. Public market does not like erratic cash flow haha. I’m a huge fan of small retail investors. Will make sure they get top priority. You can hold me to it.”

The company is anyways looking at a very high demand, with over 700’000 potential customers in the US only. They estimate the global space economy to be worth at least $1.1 trillion by 2040.

As for taking SpaceX public, it seems that we have time. Indeed, Elon Musk stated he would not go for an IPO before the company launches spacecraft on mars on a regular basis.

If the space race used to set countries against each other, nowadays, it is companies that are in competition. Elon Musk is one of the early movers, but there are other racers on the field, such as Jeff Bezos and his Project Kuiper, his own fleet of internet-providing satellites, which recently received the approval of the FCC this summer.

Amazon is also working on the Blue Origin project, working on reusable launch vehicles which could take off and land vertically. Private space travel is coming, if as a billionaire, no places on earth are exotic enough for you anymore. Needless to say, the Musk vs. Bezos battle could rage for the years to come.

We must also mention the competition of classic network providers such as Comcast, who are building better and higher-bandwidth networks for their customers. If they're not fast enough, the internet providing will be taken care of by the star people. 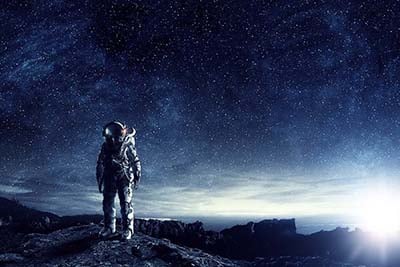 According to Morgan Stanley, a spinout or IPO of Starlink “would significantly accelerate investor interest across the broader space economy we forecast to reach $1 trillion by 2040.” They also said that they estimated global revenues from broadband internet from satellites could be as high as $100 billion by 2040.

“Verizon and AT&T are spending quite a bit of money, buying millions of feet of cable over the last two to three years reinforcing fiber infrastructure, because if they don’t fill the void, LEO (low earth orbit) will come in to compete,” said Shrihari Pandit, CEO of internet service provider Stealth Communications.

In any case, there is still a long way to go. SpaceX has launched 800 satellites in orbit, dozens of which had to be taken out due to malfunctioning. In the meantime, the Washington area has become a zone for beta testing. A long way to go sure, but things could move very fast and the changes will be radical. 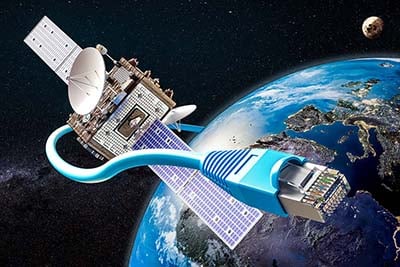 Read our next article: Q4 follows 1st down month for US stocks since March