Rising global growth expectations, enthusiasm over the success of the British covid-19 vaccine rollout on the back of a free trade deal with the EU is pushing Sterling higher, making it the top rising G10 FX currency year to date. 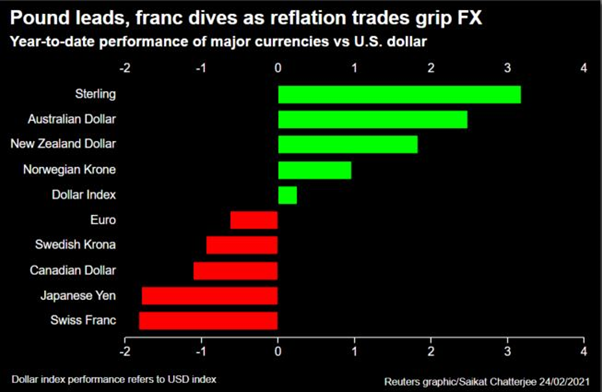 A price-move above 1.435 will take GBP/USD to a post-Brexit high. A move beyond 1.50 is needed to take it to a pre-Brexit high with longer term resistance to be found from 1.59/60. 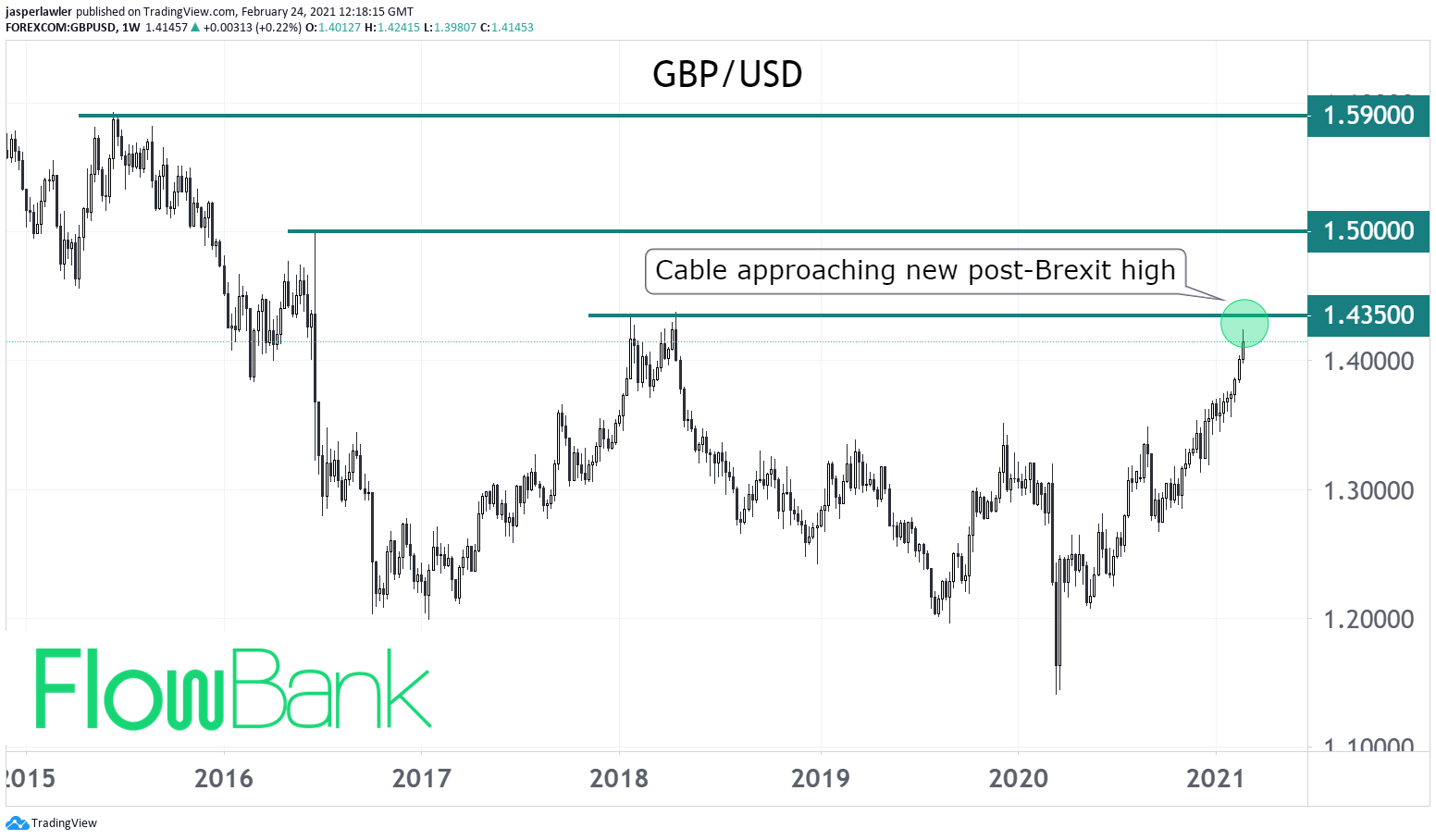 The reflation trade that has been pulling up the pound (as well as European stocks, cyclical stocks and commodities) rests on two factors - stimulus and the vaccine rollout.

The accelerated pace of vaccination in the UK has been one contributor to why the pound has been a top gainer this year, while other currencies have struggled against a resurgent US dollar. The logic is that a speedier uptake of vaccines - especially for the vulnerable means an economy can open faster.

This logic is open to human error and policy mistakes. Boris Johnson’s UK government has taken a very cautious approach to reopening in a ‘four stage plan’ that extends into the early summer (restrictions fully lifted on June 21).

The longer that parts of the economy remain closed, the bigger the risk that the current economic momentum collapses back in on itself and the costlier it will be for the UK government to maintain worker furlough programs and the like.

The European Union botched its covid-19 vaccine orders, meaning a slower rollout, greater risk to its recovery and increased risk of more ECB policy easing. So while some of the core European countries have vaccination rates on par with the UK, as a bloc, it is significantly lower.

Despite the bad press, Trump’s ‘operation warp speed’ and the prioritisation of US states by pharmaceutical companies means the US vaccination program is well ahead of other nations. This goes some way to explain the minor comeback in the dollar, which would not typically be a beneficiary of the ‘reflation trade’. 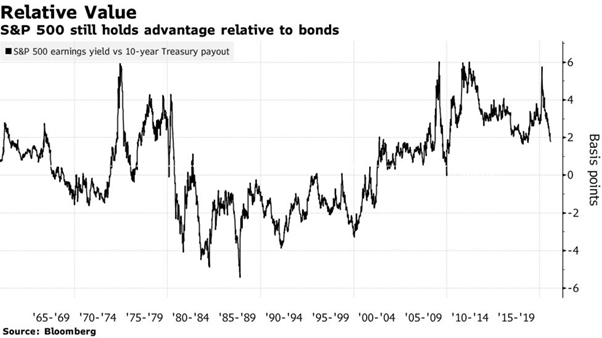 The other reason the dollar has comeback is rising US treasury yields, including rising real yields ahead of the likely $1.9 billion covid relief package from Joe Biden. Higher bond yields make bonds more competitive with equities - and the dollar could benefit as a haven in any equity sell-off.

The risk moving forward is that a strong GBP is overpowered by a strong and dominant USD.

The Budget - tax and spend Tories?

We will likely get some updates on Boris Johnson’s ‘Green industrial revolution’ and the possibility for disappointment seems high. Given the already colossal spending throughout the pandemic, either the spending will come in lower than needed to really grab hold on the recovery - or it will be accompanied by tax hikes to keep it sustainable.

A third possibility of unconstrained spending and no tax hikes would probably be most welcomed by currency traders, though would likely pressure gilt yields higher. However it would mean the Tories going full 'tax and spend' and abandoning any reputation of being fiscally 'conservative' in the process.

There have been reports that Chancellor Rishi Sunak will raise the corporate tax rate by 1% every year to 23% before the next election. Such news could see GBP/USD fall back under the 1.40 barrier.

While overall a deal with the EU is a much better outcome than no deal, significant risks remain - not least to the UK financial services sector.

New red tape around the borders will take some getting used to and the stickier flow of goods stands to weigh on UK economic growth. That said, that is a risk that’s been long understood even by the most optimistic Brexiteers. Uncertainties around the Northern Ireland protocol are also causing problems for trade inside the British Isles.

Should any of these issues flare up in some public incident, it will dampen the optimistic mood on the pound.