After betting against America’s malls, hedge funds are shifting their attention to another distressed asset – the debt of empty hotels.

After the BIG SHORT 1.0 (subprime loans in 2006-2008), some hedge funds were looking for the BIG SHORT 2.0. In March 2017, they started to build a substantial exposure against the CMBX 6, a synthetic index comprised of commercial mortgage-backed securities (CMBS) issued by shopping malls. By doing so, short sellers have been betting that the American mall is dying and that near-term defaults and losses on the CMBX.6 loan pool will therefore be high. Their assumption was that as many as one-third of the 1,100 regional malls in the US are at risk.

The bet has been a rather profitable one in 2020 for the short sellers as the CMBX 6 BBB- tranche fell from 95 at the start of the year to less than 65 in early May (see chart below). Since then, it has been stuck slightly below 70 and to the opinion of many, the riskier tranches are now fairly priced for even a downside scenario among retail outlets. Traders such as Carl Icahn are cashing in their profits (estimated at $1.3 billion in aggregate). 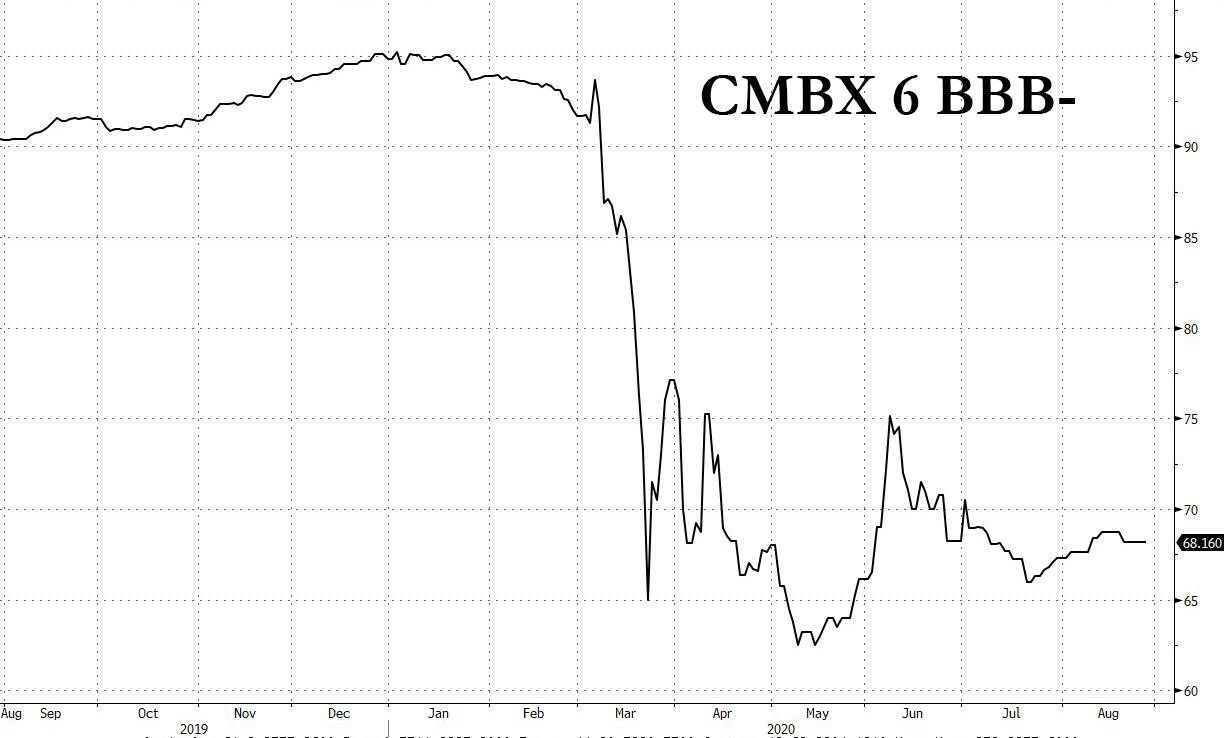 Hedge funds are now looking for the BIG SHORT 3.0 which seems to be the CMBX 9 index, another pool of commercial-backed securities but with a different exposure than BIG SHORT 2.0. Indeed, the CMBX 9 has an outsized exposure to hotel debt, a sector which has quickly emerged as the most impacted one from the pandemic.

CMBX 9 is now seen by many as the cleanest and safest way to bet on the devastation resulting from the coronavirus pandemic. The reference obligations were issued in 2015 (just before the 2016 credit “accident”). This index has the highest concentration of hotel loans (16.8%) and the highest concentration of multifamily loans of any CMBX series (14.7%) – see below the breakdown by property type.

But given the recent rebound (see chart below), hedge funds are now seeing this index as one of the most exciting short opportunity. Indeed, delinquencies on hospitality property loans are surging and are now even exceeding those in retail. It is estimated that nearly 25% of hotel loans in CMBS are now delinquent, according to Cantor Fitzgerald, compared to about 20% for anchored retail loans. And with revenue per available room still down nearly 50% year-over-year, defaults are likely to pile up as forbearance agreements with lenders roll off.

With the hotel world suffering a perfect storm of pent up defaults coupled with waves of covid-related shutdowns, the potential downside for CMBX 9 could be even greater than for Series 6. 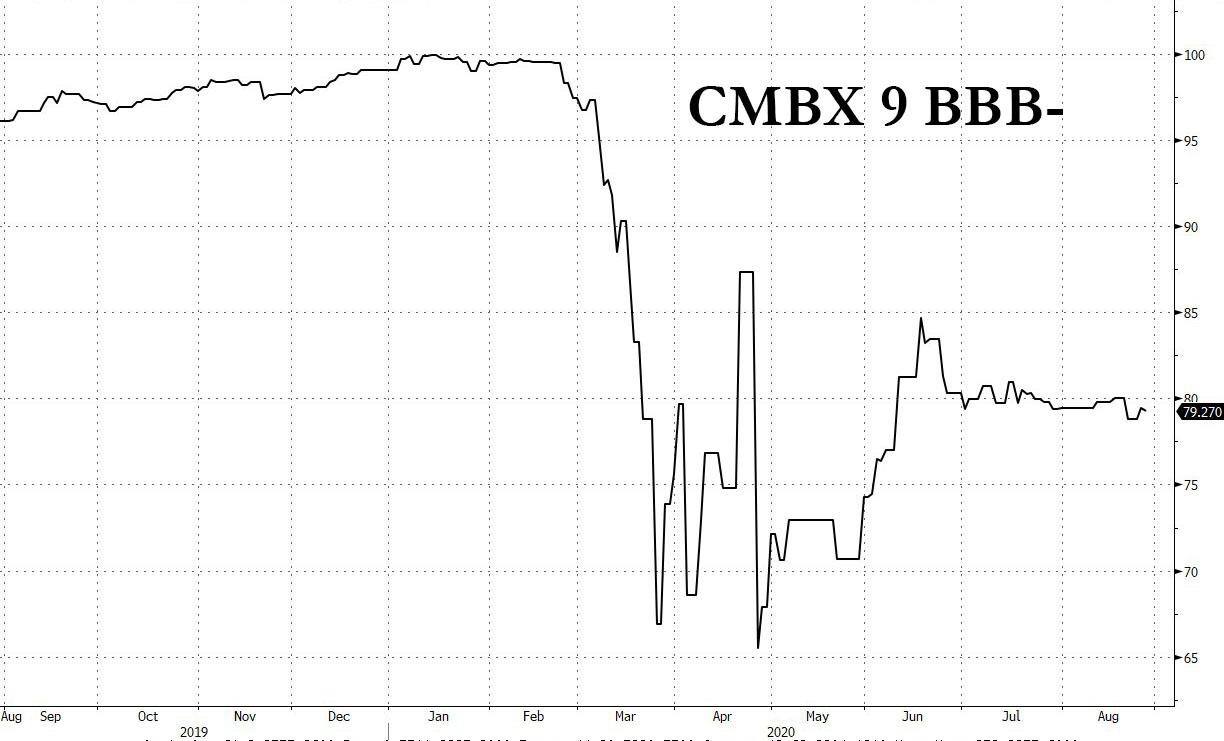 The question now is how long before CMBX 9 BBB-, which has shown remarkable resilience in recent months, resumes its downtrend. For some short sellers, the next down leg might be around the corner as c10% of hotel loans across the broader CMBS universe are now more than 90 days overdue, compared to only 3.7% for retail loans.

Short sellers should not ignore some risks though. Indeed, holding on to a negative carry position for too long before the target "catalyst" (a price crash) occurs implies some losses (and let’s keep in mind that the CMBX 9 trade maturity is 2025). Liquidity could also be a concern as it remains unclear whether there will be enough two-way volume in the CMBX 9 index to sustain large bets.